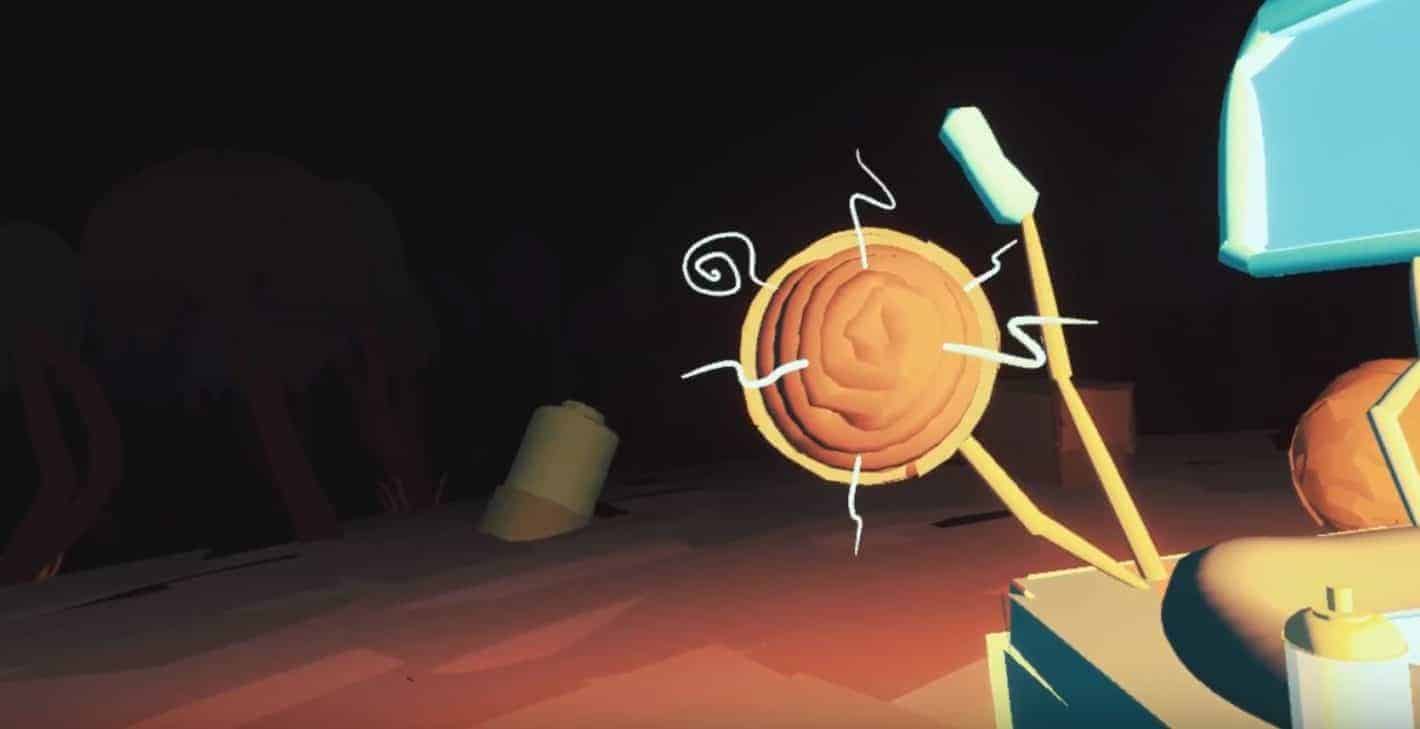 Game development team Another Circus has put together a submission for the 2018 Global Game Jam using only art generated in Google's Tilt Brush on the HTC Vive and the Unity engine. The result is a virtual reality game called Pac Tac Atac that essentially tasks the user with the same thing the developer did – create objects in Tilt Brush. The game casts players as a stranded spacefarer with angry locals bearing down on the equipment that they're using to try signaling for a ride home. The only option is to fight them off, and the way to do that is to draw your weapon using Tilt Brush. Once the player has created a weapon, they can slash and swat at the aggravated aliens, or throw their weapons to knock down multiple extraterrestrials, then call them back like VR boomerangs. The game is now available for the HTC Vive and can be found for free on the itch.io platform.

To create the game, the developers generated art strictly in Tilt Brush. They crafted environments, set pieces, and alien body parts, then used procedural generation to assemble the body parts into dozens of unique aliens with different movement and attack patterns. All of the aliens are rigged up for different animations and have different sizes and speeds. The game comes in under 50 megabytes, a feat made possible by a tool within Unity that reduces the poly count of imported 3D models while preserving their fidelity as much as possible. Each stroke in Tilt Brush generates a ton of detail, so without this tool, the game would have been vastly larger. The making of the somewhat simple game took place over only 48 hours and involved creating the art, generating the aliens, assigning them to movement skeletons, and crafting the physics engine and instructions for how to handle player input.

Tilt Brush is proving to be one of the most versatile and unique VR experiences out there, allowing users to create and walk through 3D art in a virtual space. The room-scale creation tool has a number of advantages over traditional 3D modeling, the primary one being ease of use. Anybody with a steady hand and a good imagination can create things in Tilt Brush, and they can be exported in a number of different 3D model formats to be used with almost any game engine.