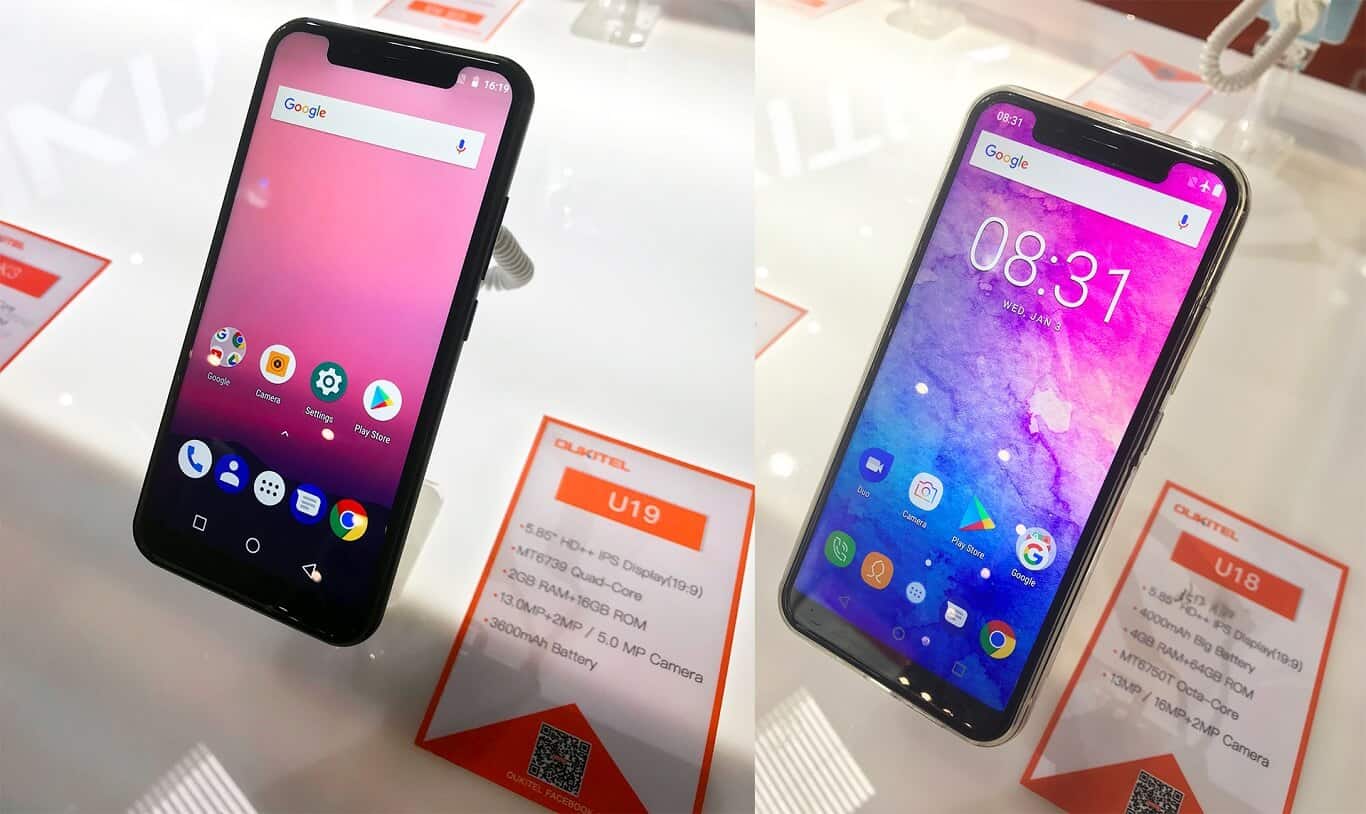 At MWC 2018 there were a number of new smartphones announced and surprisingly a number of them came with the type of notch design most often associated with Apple’s iPhone X. OUKITEL was one of the smartphone makers present at the event and actually is a brand that had announced an iPhone X-like phone prior to the event, the OUKITEL U18. However, at the event the company had another smartphone which adopts the same look and design overall, the OUKITEL U19.

Besides the OUKITEL U19, OUKITEL was also showcasing a number of other phones including another new one, the WP5000 (shown below). This is a device that is purpose-designed to cater to the rugged market and therefore comes with a heightened build quality including an IP68 rating for protection against dust and water. In addition, the OUKITEL WP5000 features a 5.7-inch display along with a HD+ resolution. Inside, the OUKITEL WP5000 comes packed with 6GB RAM, 64GB storage, and a MediaTek MT6757 octa-core processor. In addition to a dual rear camera setup (comprised of a 21-megapixel and 2-megapixel cameras), along with a 13-megapixel front-facing camera. According to the company, the OUKITEL WP5000 is due to be released before the end of March so more information on this phone is expected to come through soon enough. 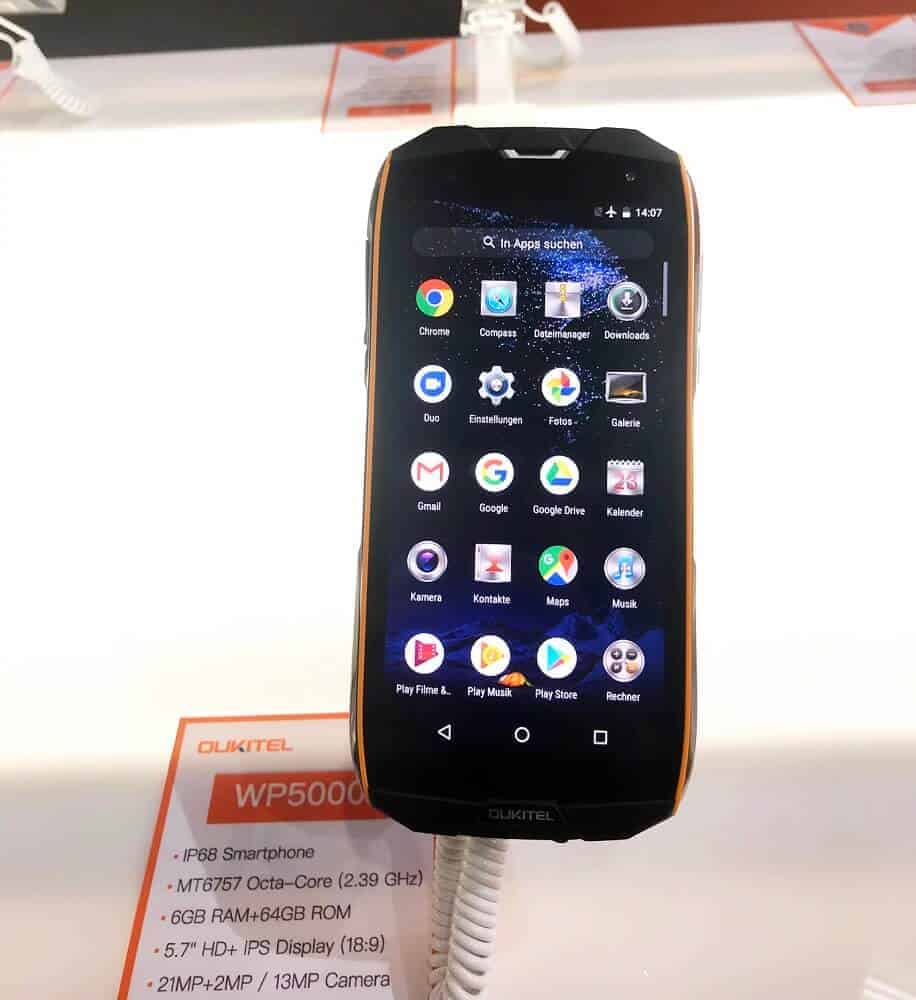