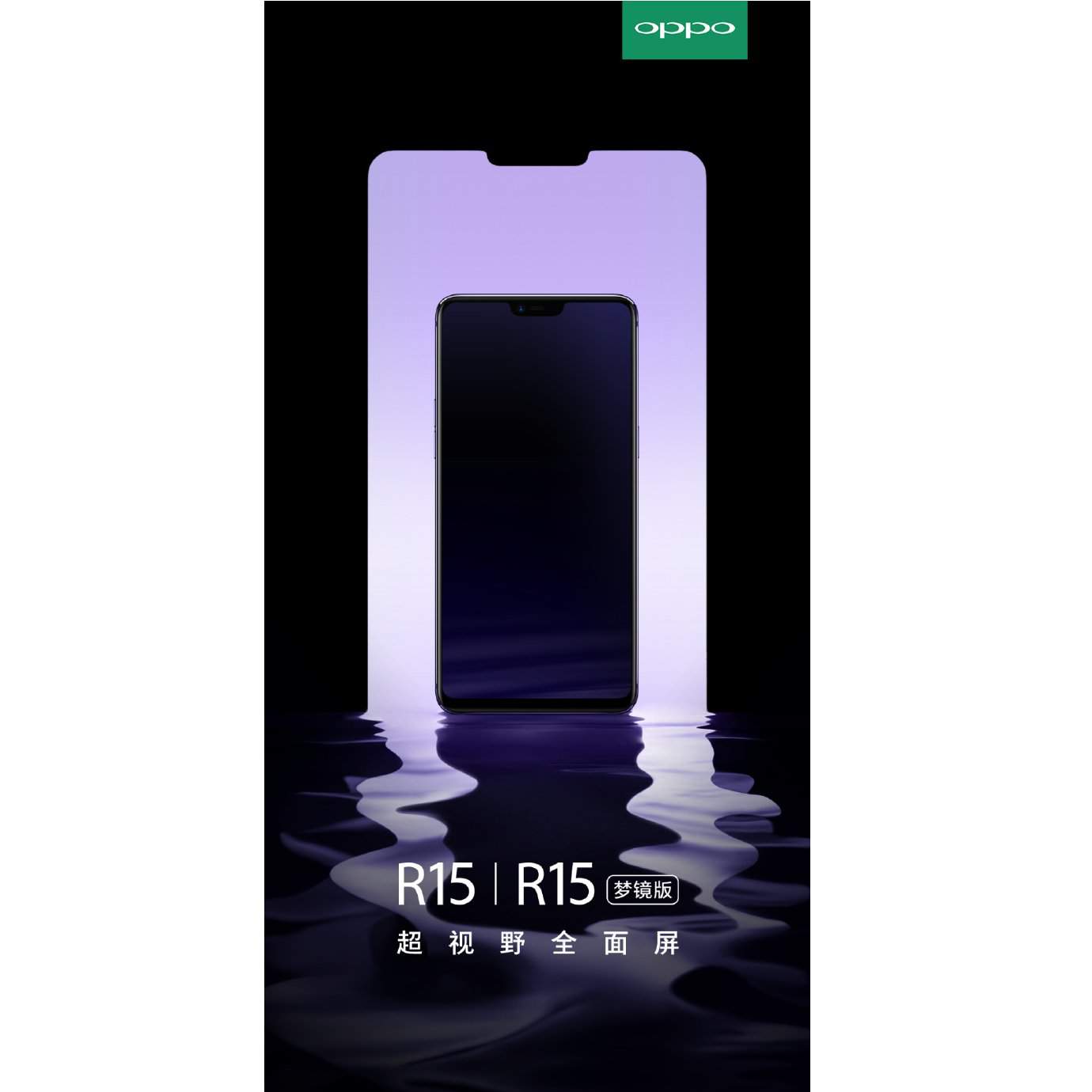 OPPO has just confirmed that the OPPO R15 will sport a notch at the top of its display. The company has released a new teaser image on its official Weibo (Chinese social network) page, and in that image, a renders of the OPPO R15 has been shown off. At the bottom of the teaser image, the company clearly confirms that the device in the image is the OPPO R15, but also its sibling, the OPPO R15 Plus, as the two phones will look the same.

Having said that, this smartphone's notch is considerably smaller than the notch on the iPhone X, and larger than the one on the Essential PH-1. Bezels on the sides are almost non-existent, but the device does sport a very thin bezel below the display. A curved glass will be applied on top of the OPPO R15's and R15 Plus' display, and the phone will utilize on-screen buttons. The company did not show off the back side of the phone, though, so we don't really know what to expect in that regard, but it is quite possible that metal is applied on the back of the OPPO R15 smartphones, as that was the case with their predecessors. Having said that, we still don't know when is OPPO planning to announce the OPPO R15, but considering that the OPPO R11, its predecessor, launched back in June last year (along with the 'Plus' model), it is quite possible that the OPPO R15 will be announced in mid-2018.

Now, many of you know that OnePlus tends to base its smartphones on the OPPO R-series smartphones, so if the company ends up doing the same this year, chances are that the OnePlus 6 will resemble the OPPO R15, and that means that a notch will be present on the device. This is not set in stone, though, of course, it is also possible that OnePlus will do something completely different this time around, who knows. The OnePlus 6 is also expected to arrive in mid-2018, and chances are it will be announced in June, a year after the OnePlus 5 arrived. The OPPO R15 and R15 Plus will ship with one of Qualcomm's Snapdragon 600-series processors, and chances are that both phones will include 6GB of RAM, and fullHD+ displays.