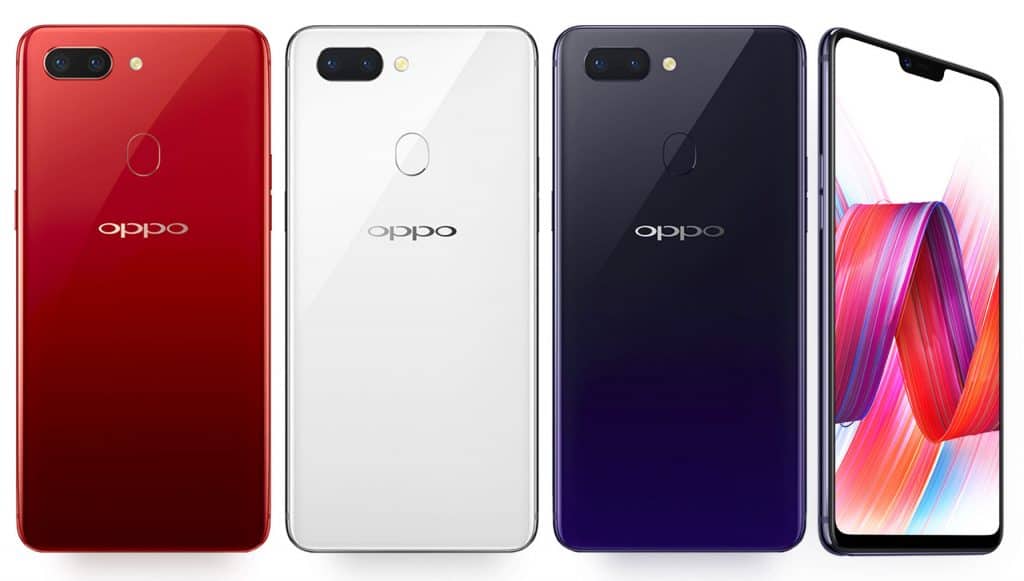 OPPO had already confirmed the design of its upcoming R15 handset, and now the company released some additional renders of the device. These are not the first official renders of the OPPO R15, however, as a number of images were shared by the company about a week ago, both renders and real-life shots. In any case, if you take a look at the gallery down below, you will be able to see the OPPO R15 in all of its color variants, Red, Blue, White and Mirror Red options are listed.

Having said that, the first three color options may represent the OPPO R15, while the last one probably represents the OPPO R15 Dream Mirror edition, which is a special variant of the device, or at least that's what OPPO's teasers have been reporting. As you can see, the OPPO R15 sports a display notch, and its bezels are quite thin. The company claims that this handset sports a 90-percent screen-to-body ratio, and OPPO also confirmed on its official website that the device will feature a 6.28-inch 19:9 display. Bezels on the sides and above the display are only 1.78mm thick, in case you were wondering. This handset features a dual camera setup on the back, where you will also find the phone's fingerprint scanner, below which OPPO's branding is present. The back side of this phone looks more or less identical to the back side of the OPPO R11s, though unlike the OPPO R11s, this handset is made out of metal and glass, so it sports a glass back. The phone's display will sport rounded corners, which was to be expected.

OPPO still did not confirm the OPPO R15's spec sheet, but thanks to rumors and leaks, we pretty much know what to expect. The phone is expected to sport a 6.28-inch fullHD+ (2280 x 1080) display, along with 6GB of RAM and 128GB of expandable storage. Qualcomm's Snapdragon 660 64-bit octa-core SoC will probably fuel this smartphone, while the device will include a 3,365mAh non-removable battery. Android 8.1 Oreo will come pre-installed on the phone, along with ColorOS 5.0 skin. Two SIM card slots will be included in the package, while 16 and 5-megapixel snappers will sit on the back side of this smartphone. OPPO is teasing March 14 as the launch date for the OPPO R15, which essentially means that the phone will arrive tomorrow.