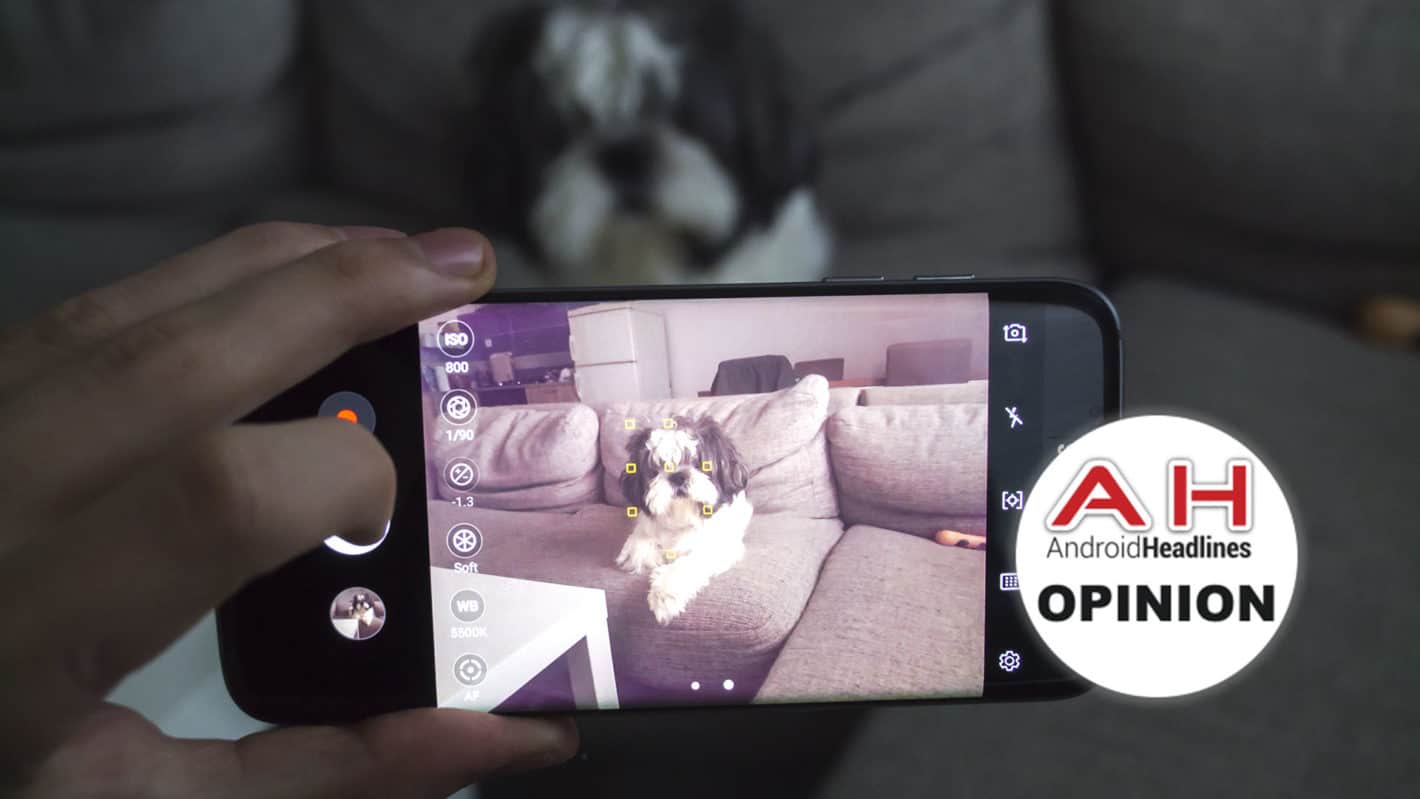 Every year it’s the same story; a new flagship is announced, it comes boasting an incredible camera, DxOMark gives it a few points over whatever it proclaimed was the last best thing to have happened to mobile photography after shooting some photos of crayons with it, fans of the brand whose name is printed on it are prepared to defend it until death on the World Wide Web, and at least a handful of brave tech bloggers wisely conclude we’re that much closer to having smartphones capable of replacing DSLR cameras. Except that’ll never happen.

I’m not going to argue smartphone cameras aren’t great and will become even better in due time. I won’t even attempt claiming that mobile devices are inferior imaging tools if all you do with your photos is post them on Facebook and Instagram. However, none of that gives any weight to the possibility that smartphones will ever be able to truly compete with even the worst contemporary DSLRs in terms of performance. If you think your current handset is great and can give an actual camera a run for its money, ask yourself this – can you defy physics?

Not sure about the answer to that question? Here’s a fact then: consumers love slim smartphones, as evidenced by the current state of the market and the fact that even after half a decade of massive battery tech and processing efficiency advancements, we’re still not able to buy a flagship that will last for two days on a single charge. Smartphone enthusiasts have been dreaming about week-long battery life in flagships even before Android became a thing yet OEMs keep slimming down their offerings every year while delivering same-ish battery life. At this rate, I’m more convinced our smartphones will turn into smart sheets of translucent materials before the industry yields a phone maker brave enough to sacrifice a few millimeters of thickness in favor of anything else. I mean, Samsung literally delivered a flagship that ended up exploding in people’s pockets before it considered making it just a tad bit thicker. Given that level of dedication, it’s hard to imagine an OEM willing to incorporate a decent-sized sensor into a smartphone. 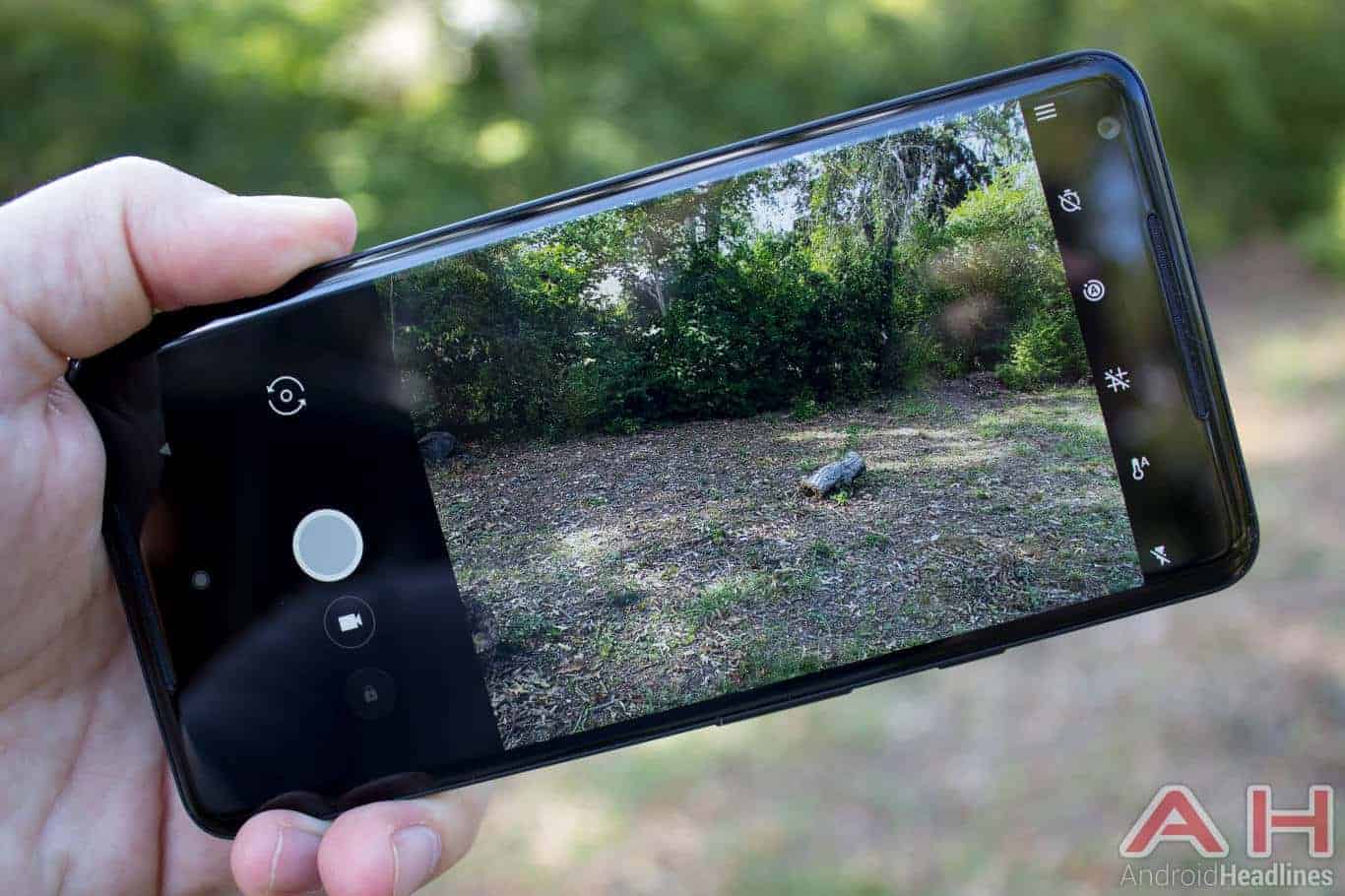 No matter the technology, a large sensor will always outperform its significantly smaller counterpart by virtue of the fact that it can capture more photons from a bigger area over a given period of time. There is no amount of processing — in-camera or manual —you can perform to make up for the fact that half of every image you took with your phone from that concert you attended is just darkness. If a mobile sensor captures no information in darker areas, there is simply nothing for the camera software or post-processing job to extract from that darkness. If you’re going for pure quality, the very concept of doing low-light photography with a smartphone should sound ridiculous to you and even though the differences are smaller in optimal shooting conditions, you don’t have to look hard to see them.

To elaborate on the sensor size argument, take something like the Galaxy S8 whose sensor size is 1/2.5 inches. Then compare that to an APS-C sensor, i.e. the kind of module found inside the cheapest DSLR cameras money can buy, and realize it gathers 15 times more light by virtue of the fact it’s much bigger. And that’s without even getting into the full-frame sensor territory where the big boys play and where the volume of captured light is 2.4 times higher. Think this gap will get better over time despite smartphones constantly getting thinner? Even if we’re to entertain that thought, let’s not forget the mobile industry isn’t the only one that’s constantly improving and contemporary DSLRs are miles ahead of what we had available even just five years back in terms of ISO performance, supported frame rates, autofocus speeds, and video recording capabilities. Think machine learning will eventually allow smartphones to come closer to DSLRs? That could happen if artificial intelligence already wasn’t being implemented into contemporary cameras in order to make their auto modes more capable, which is what a startup called Arsenal is currently doing, whereas both Canon and Nikon repeatedly signaled their visions of future photography heavily involve AI.

Take a look at the comparison above. Both of these photos are far from perfect, but the ancient Nikon camera that launched as an entry-level offering eight years ago does a much better job at handling ISO 800 than what some believe is the world’s best camera to ever grace a smartphone. The old Nikon can even go up to ISO 3200 (or Hi 3 if you really hate image quality) and even if you generally don’t want it to because its rusty DX CMOS sensor can’t handle that sensitivity, the option is still there. This modest camera that’s now bordering on being retro is equipped with a sensor whose pixel size is 4.94µm and above is the result of how that module stacks up against two 1.4µm units in poor lighting conditions. There’s no amount of software trickery that can cheat physics into absorbing more light on a smaller surface area over the same time-frame even if the smaller sensor is “looking” through a much brighter (though obviously still smaller) lens. Finally, the old Nikon also did a better job at determining white balance.

Note that the difference between the two shutter speeds exists due to the fact that the Galaxy S9 Plus doesn’t have a 1/40 option, whereas the Nikon D3100 lacks a 1/45 one; anything slower makes getting a stable handheld shot extremely difficult (especially with a lightweight smartphone) and anything faster just returns largely black images on both devices. Also, if you’re wondering about that lens used with the Nikon, it’s just as bad as the camera itself, as evidenced by the fact that Nikon used to bundle it with the device. Ultimately, while the Galaxy S9 Plus didn’t do horrible given the extremely difficult circumstances it was put in, the fact that it was still beaten by a camera that was already available for purchase and considered not the best option in the low-end segment around the time the original Galaxy S (I9000) was announced speaks volumes of how out-of-depth smartphones still are when it comes to low-light photography and there’s no way to fix that without creating bulkier mobile setups with larger sensors. Now, moving on to a less demanding but still kind of tricky scenario:

This is a much more brightly lit scene, yet one that lacks any natural light, with the only source of illumination being a few incandescent light bulbs situated immediately above the subject. Here is where we can actually see some improvements the mobile industry made in the last eight years, with all of them being largely related to software. Tungsten light is an automatic camera mode’s worst enemy after low-light conditions and while — once again — neither result is perfect, the Galaxy S9 Plus did a better job of selecting the optimal settings for the shot. Sure, the Nikon D3100 got the white balance absolutely right but that’s the only thing it has going for it in this photo, with the camera’s algorithms underexposing the shot by quite a margin and doing a poor job of eliminating image noise, not to mention the fact that Samsung’s phablet actually managed to get more of the image into focus and generally delivered a result that’s much less flat. Yes, once contemporary flagships get their figurative hands on some actual light, they can certainly outperform ancient DSLRs.

Yet that’s precisely the point; mobile cameras will never offer as much versatility as actual tools made solely for shooting images. The latest and greatest the smartphone industry has to offer still doesn’t wipe the floor with an eight-year-old entry-level model that can currently be purchased for the price of a couple of cases meant to protect that same flagship. Finally, there’s the issue of interfaces; handsets are multi-purpose devices by design and being a jack of all trades doesn’t translate well to highly specific scenarios that often come up in photography. You can manually set your shutter speed, aperture, ISO settings, and a number of other options in what’s basically an instant without ever taking your eye off of the viewfinder with a DSLR. Now, try to take the image of that runner at ISO 800, 1/250, f/2.4 on your smartphone. Off it went without you firing a single shot. Alternatively, you may have decided to put your faith in the automatic mode and were left with a blurry or unfocused mess nine times out of ten, and that tenth successful shot could still worse than what you get with a $100 DSLR bought on Craigslist.

One thing that’s undeniable regardless of my bitter arguments is that photography equipment in general is getting better and cheaper all the time. Today, something high-end like the Canon EOS 5D Mark IV or Nikon D850 will set you back somewhere in the ballpark of $3,000. Half a decade from now, those very same bodies won’t be worth a fifth of that price, and that’s assuming they’re not too beaten up. Today, you’ll pay at least $650 for a new Google Pixel 2. Later this year, you’ll be able to find a barely used one for $400. Next year? Try half of that. Not accounting for physical damage, both the DSLRs and the Pixel 2 will be just as good as taking photos a few years down the road as they are now and non-flagship but newer devices in both product categories will also become more capable. So, why can’t we all just enjoy this ongoing golden age of photography that will ultimately provide many more people with fantastic imaging tools at accessible prices and likely lead to an even larger influx of fantastic art? Maybe because people just adore conflict; after all, the’s a solid chance you clicked on the title of this very article in hopes of validating your opinion.

The truth is, mobile photography is fantastic and as it gets better, it will be an even more attractive alternative to serious equipment while coming with trade-offs that are inherent and unavoidable, but also perfectly acceptable for your Instagram needs. However, even the very notion of suggesting that there will once come a smartphone that will pose some kind of a challenge to anything but the very worst, flawed, and cheapest DSLRs in terms of pure quality and versatility that more serious enthusiasts and professionals value is frivolous. In fact, even those horrible DSLRs of the future that I’ll probably try to talk people out of buying in Amazon’s review section will likely give their ultra-premium handset peers a run for their money when tasked with taking an image in lighting conditions that are anything but absolutely perfect. And that’s fine because regardless of that 154,323 DxoMark score, you have to remember one thing – physics.