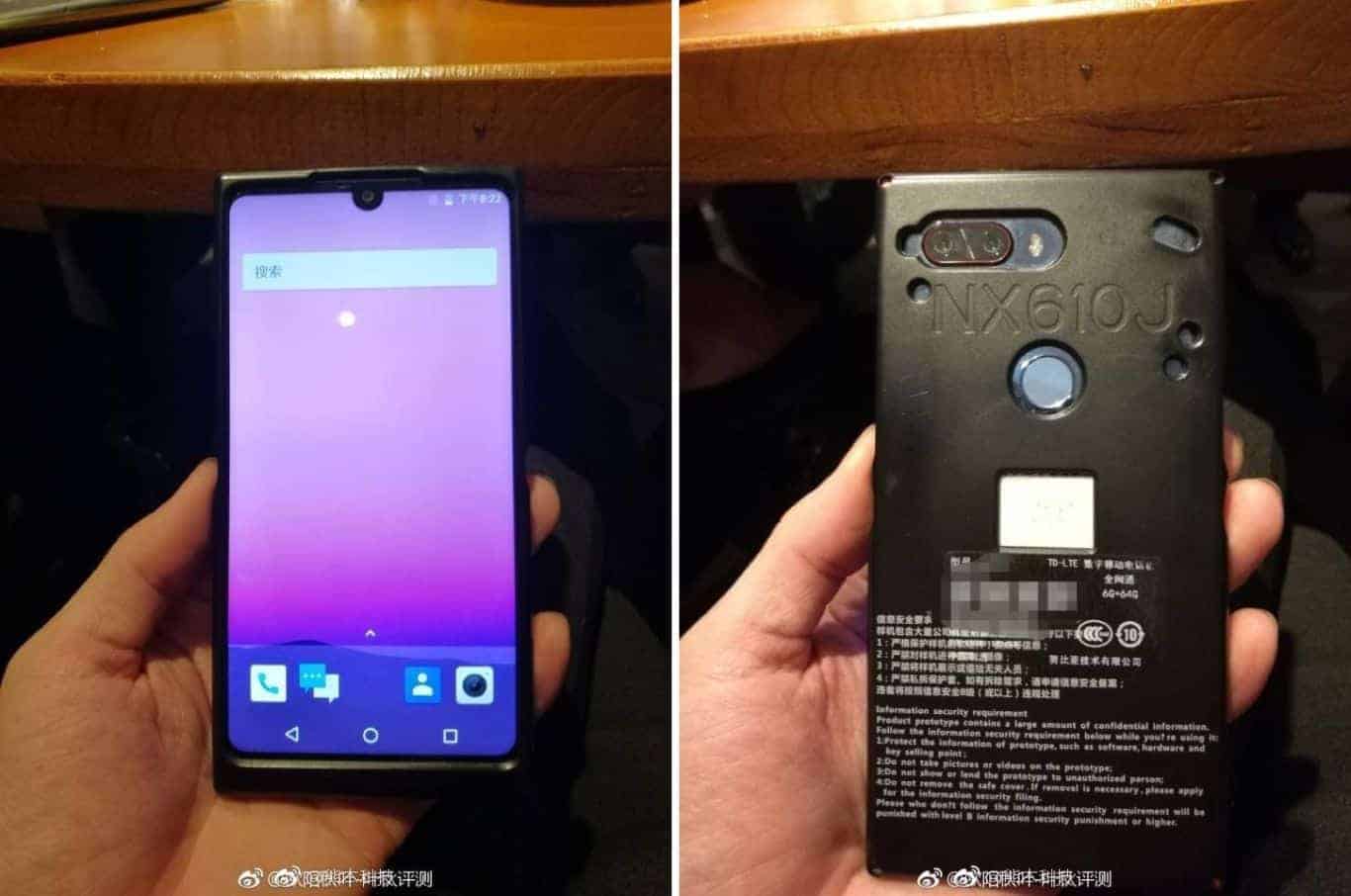 Nubia may be working on another smartphone with a full-screen design, as live photos depicting a prototype device with an 18:9 aspect ratio and bearing the model number “NX610J” emerged earlier today through China’s social network Weibo. Interestingly enough, while the protective case covers most of the exterior, the smartphone’s thin bezels have been indirectly confirmed by the presence of a notch at the top of the display similar to the Essential PH-1, where the front-facing camera resides. Additionally, the back cover accommodates a fingerprint sensor located in the center, as well as a horizontally-aligned dual camera setup paired with a dual-LED flash.

The photos don’t reveal any other meaningful details pertaining to the smartphone’s design, however, the sticker placed on the protective case reveals some aspects regarding the hardware, including the unit’s TD-LTE capabilities. Furthermore, the prototype seems to sport 6GB of RAM which should be plenty for any multitasking needs, and 64GB of on-board memory, though it’s unclear whether or not the storage can be expanded through a microSD card. Either way, seeing how this is a prototype, the final product could be released in multiple RAM and storage configurations. At this time and given the scarce information, it’s impossible to tell when the prototype will make it into full production, or for that matter, whether or not it will ever be mass manufactured.

In the meantime, Nubia is expected to release its first 18:9 smartphone on March 24 under the name of Nubia N3, which actually bears some resemblance with the prototype at hand but lacks the front-facing camera display notch. However the Nubia N3 is expected to feature 4GB of RAM paired with the Snapdragon 625 chipset from Qualcomm, and given that the NX610J has 2GB of additional RAM compared to the Nubia N3, the final product based on the prototype at hand could fit in an upper market segment boasting more powerful internal components.