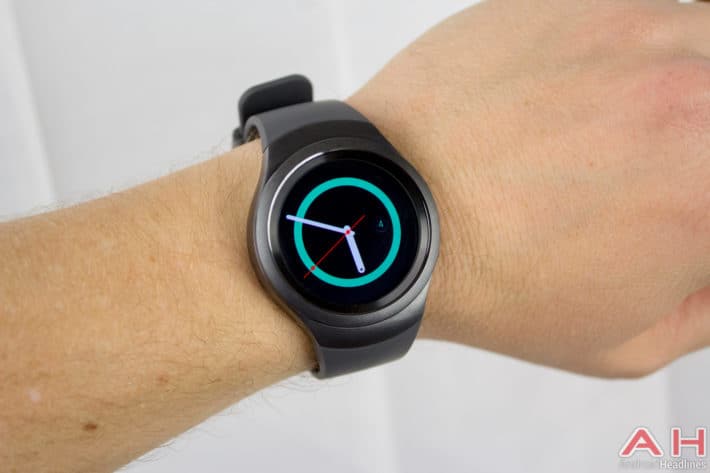 Samsung is launching a new firmware update for the Tizen-powered Gear S2 smartwatch, adding a fresh coat of paint and more functionality to the wearable two and a half years after its original release. The latest software introduces four new features described by the OEM as a cleaner user interface, a better fitness experience, improved weather information, and the ability to connect the wearable to more hardware including the Samsung Gear VR headset.

Starting off with the changes brought to the Tizen UI, app shortcuts and widgets have experienced a redesign in order to fit the circular display better, and the latest firmware introduces a new App Shortcuts widget which can automatically place icons of the most recent applications on the watch face. In addition, while up until now users were only able to access the Quick Panel by swiping down from the watch face, the latest update now gives users the possibility to access this area of the UI by swiping down on any screen. The weather service has also been improved with the latest software release, as Gear S2 owners will now be able to acquire new daily information regarding sunrise and sunset hours, rainfall probability, UV indexes, high and low temperature, as well as temperature differences compared to previous days directly from their wrists. Samsung Health should also be smarter and more intuitive, according to the OEM, thanks to additional Inactivity Alert options and a redesigned UI that makes information regarding heart rate and pace count easier to read. In addition, the health service is accompanied by a new Multi-workout widget which allows users to set up their preferred exercises in advance.

Finally, the update allows the Samsung Gear S2 to connect to more devices, including the Gear VR headset. Specifically, users will now have the ability to control and interact with the Gear VR in conjunction with the Controller application. Additionally, a PPT Controller application now allows users to connect the Gear S2 to a display and use the wearable as a clicker for PowerPoint presentations. As usual, the latest firmware update is being distributed through the Samsung Gear application available on connected smartphones and its availability should expand in a gradual manner over the coming days. Samsung has been distributing regular software updates for the Gear S2 ever since its late 2015 debut and doesn't seem to have any immediate plans to end its support for the device.