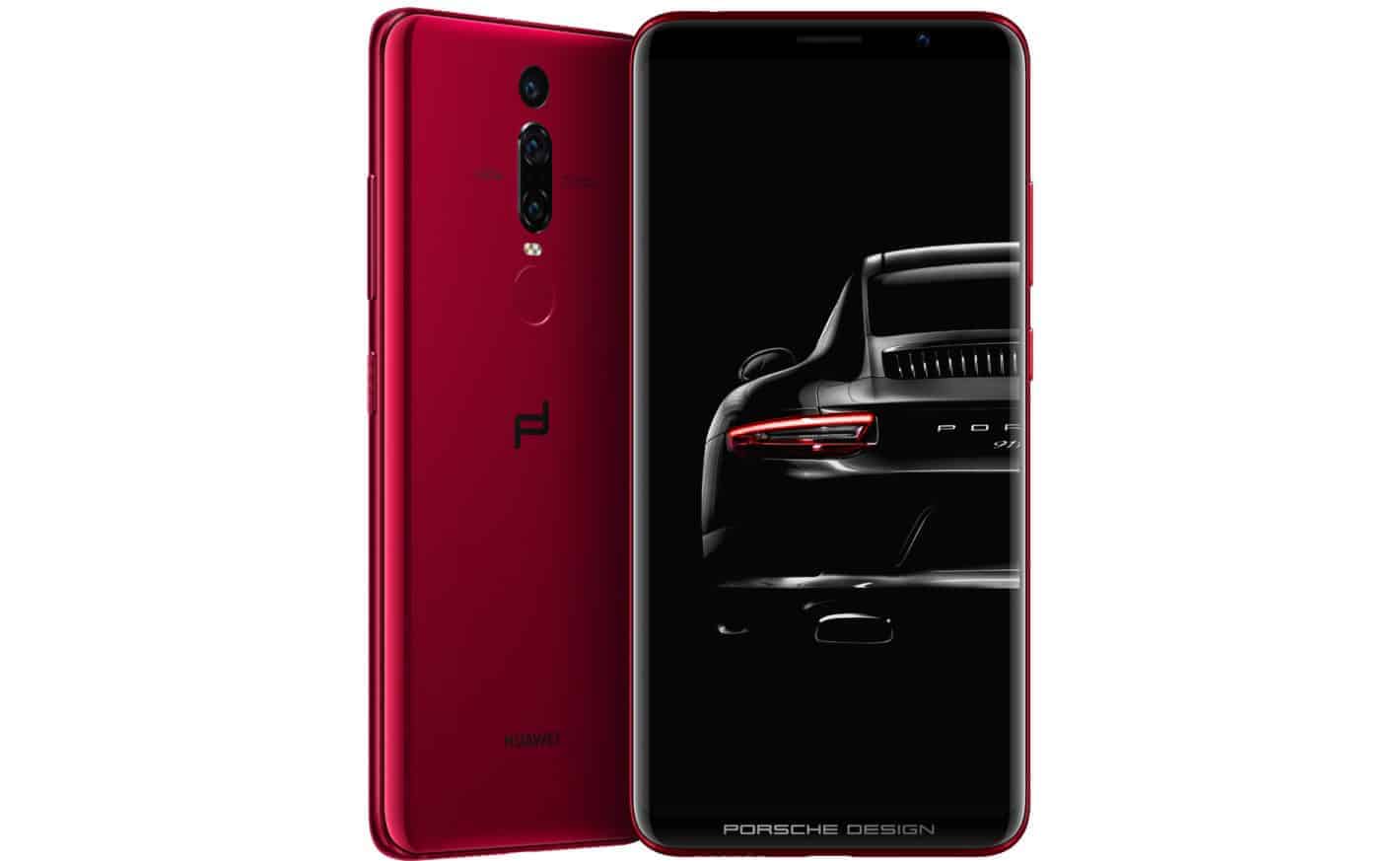 Huawei on Tuesday announced two of its latest Android flagship offerings in the form of the P20 and P20 Pro but also ended up unveiling a new addition to its Mate series in the form of the Porsche Design Mate RS, a handset that's effectively a hybrid between the P20 Pro and last year's Mate 10, yet one that comes with some unique features such as two fingerprint sensors, one of which is of the in-display variety. While it retains the unique triple-camera setup of the other new offering from the company (though it positions it differently), the Porsche Design Mate RS also ships with QHD+ screen that the P20 lineup lacks, with its physical footprint being between that of the P20 and P20 Pro. The phablet is 152.9 x 72.5 x 85.mm in size and comes with a 6-inch 18:9 screen which doesn't have a notch, as well as a unique Red color option, albeit one that will be available exclusively in China. All other markets will only receive the Black variant of the device, Huawei confirmed.

The triple-camera setup of the P20 Pro is found centered on the rear plate of the Porsche Design Huawei Mate RS, positioned immediately above its fingerprint sensor. The system entails an 8-megapixel telephoto lens, as well as a 20-megapixel monochrome sensor and a 40-megapixel RGB one. 6GB of RAM is also part of the package, together with 256GB of internal flash memory, or twice as much as the P20 Pro. A 24-megapixel front-facing camera with AI-powered portrait mode is included as well, as is the Kirin 970, HiSilicon's most powerful mobile chip to date with a specialized neural processing unit dedicated to on-device AI computing. The octa-core silicon features two quad-core clusters, with the high-performance one being clocked at up to 2.36GHz. Given how the Porsche Design Huawei Mate RS retains the 4,000mAh battery of the P20 Pro yet ships with a slightly smaller screen, it should offer better battery life, at least if you're using the device in FHD+ mode.

The Porsche Design Huawei Mate RS is also said to be the world's first smartphone with a microcapsule PCM aerospace-grade cooling system meant to always keep the device at a temperature that's comfortable to hold. Huawei hasn't shared many details about the in-screen fingerprint reader of the phablet, having only said it starts scanning for fingertips the moment it detects a finger hovering over it and is supposedly quick to unlock the device. The rear-mounted fingerprint sensor can either be used for unlocking the handset as well or accessing a secure portion of the phone. The new mobile offering will be available for purchase in Europe this spring, priced at approximately €1,695, depending on the market and exact VAT rates, whereas a version with 512GB of storage space will set you back around €2,095, or the equivalent of $2,600. The Porsche Design Huawei Mate RS series won't go on sale in the United States at any point in the future.