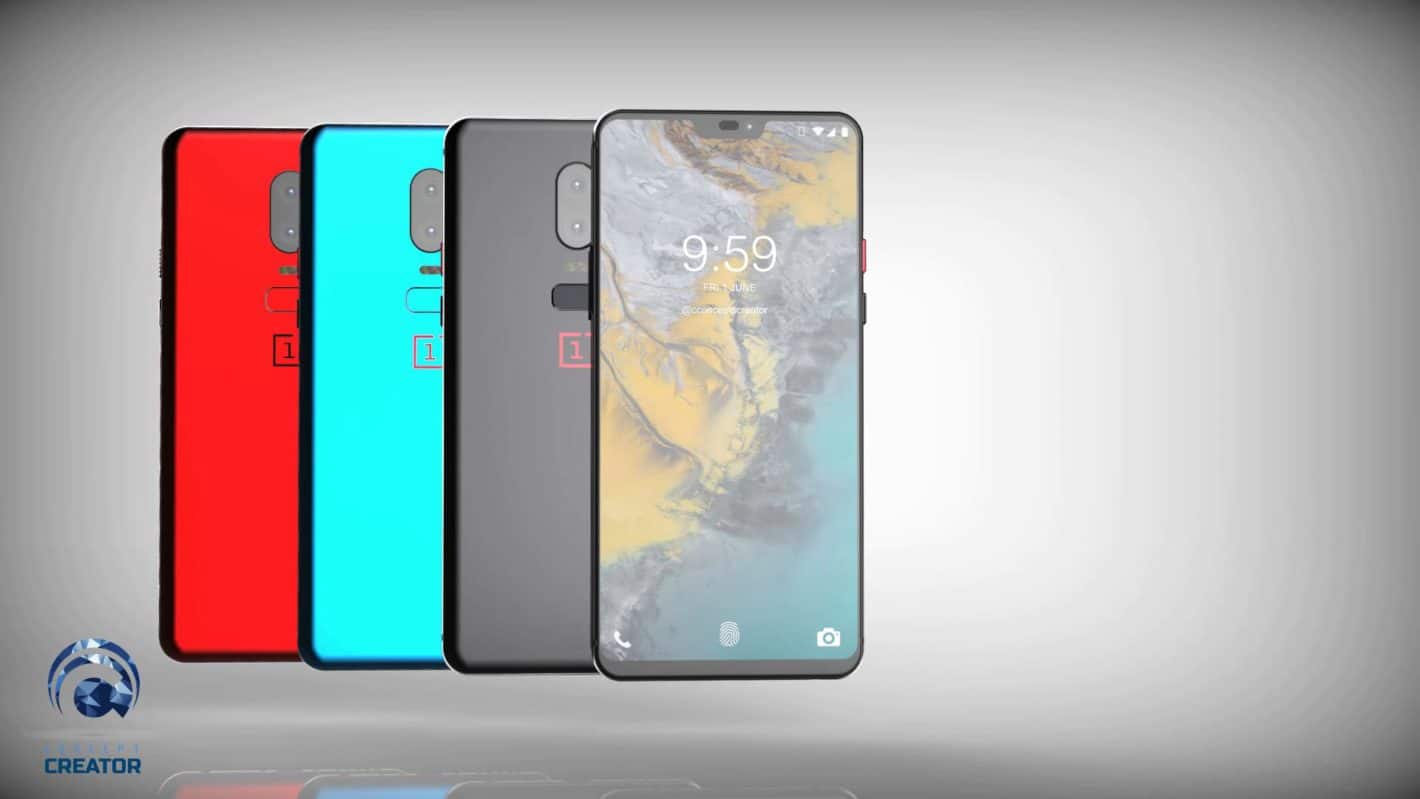 While we’re waiting for the arrival of the OnePlus 6, whose back side actually leaked yesterday, we may as well take a look at the latest concept OnePlus 6 design that surfaced online. This new concept design comes from the ‘Concept Creator’ YouTube page, and it comes in form of a YouTube video, of course. This concept OnePlus 6 handset seems to be made out of metal and glass (though variant with a different back side is also shown in the provided video), which will not be the case with a real device, at least if yesterday’s leak is to be believed, but other than that, its back side looks quite similar to the back of the phone that surfaced.

If you take a look at the video down below, you will notice that the device comes with a vertically-aligned dual camera setup, and a fingerprint scanner down below, while that fingerprint scanner sports a different shape than the one on the OnePlus 5T, as it’s not round, it looks like the Galaxy S9’s fingerprint scanner. A dual-LED, dual-tone flash is included in-between the phone’s dual cameras and its fingerprint scanner, while the dual camera setup is not flush with the phone’s back side. The back of this phone is slightly curved, on the sides, while the alert slider is included on the right side of the device (and it’s red-colored), right above the phone’s power / lock key. The volume up and down buttons sit on the left, along with a SIM card tray. A display notch is kind of difficult not to notice here, and it resembles a notch on the OPPO R15. It is actually quite possible that the real OnePlus 6 will sport one such notch as well, though nothing has been confirmed just yet.

The display notch, on this concept phone, houses the phone’s earpiece, and its front-facing camera, along with a number of sensors which are usually placed above the display. A Type-C USB port sits on the bottom of this concept phone, along with a 3.5mm headphone jack, and a loudspeaker. There is a thin ‘chin’ included below the display of the concept OnePlus 6 handset, and the display on this phone feature rounded corners. All in all, other than the materials used on the back of this handset, the design looks quite believable, and the real OnePlus 6 may resemble it quite a bit.