Skip to content
Advertisement
Trusted By Millions
Independent, Expert Android News You Can Trust, Since 2010
Publishing More Android Than Anyone Else
6
Today
124
This Week
555
This Month
5769
This Year
123309
All Time
Advertisement 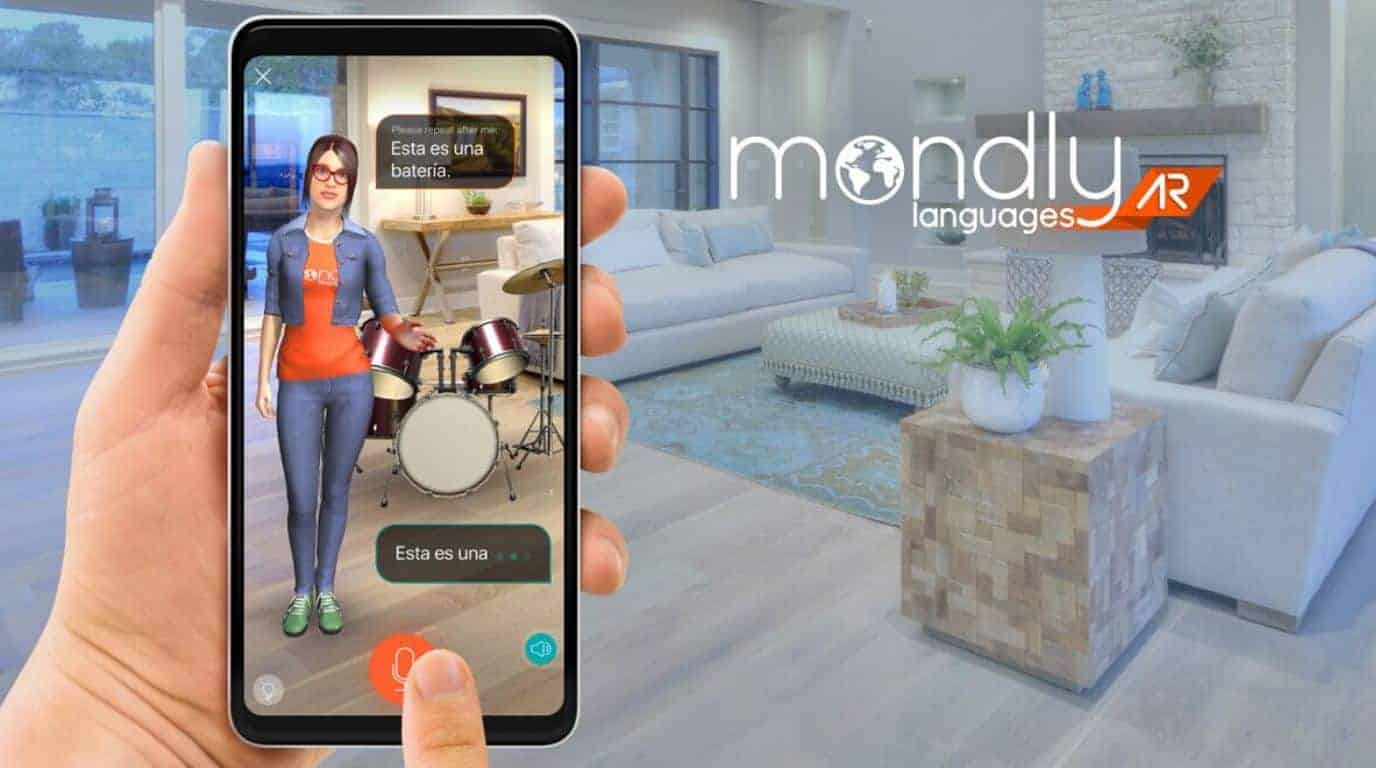 Language learning service Mondly developed by Romanian ATi Studios is receiving a major update that will provide owners of select Android smartphones with the ability to improve their skills using augmented reality, with the new feature being fully powered by ARCore, Google’s AR platform for mobile devices which officially exited its preview phase late last month at Mobile World Congress. MondlyAR is being made available as a subscription service with a free trial version that includes introductory lessons on multiple languages, whereas the full experience is available as part of the more comprehensive Mondly Premium package priced at $9.99 per month or $47.99 a year. The company’s paid offering doesn’t place price tags on individual languages and is hence seeking to be more accessible and affordable than rival solutions. Mondly’s AR service presently only supports seven languages but is set to offer courses in more than 30 of them by August, which is when its next major update is scheduled to be released on a global level.

The Android implementation of MondlyAR has been developed in collaboration with Google and also ships with support for voice chatbots and natural speech recognition. Combined with the capabilities of contemporary AR tech, the mobile app is meant to provide its users with a highly immersive language learning experience, the firm claims. Mondly is now advertised as the world’s first language learning AR app with speech recognition functionalities and is being released as part of the first major wave of ARCore-powered solutions, ATi Studios said. To date, the Mondly platform has been downloaded more than 30 million times and its new feature will be available on approximately 100 million Android devices that are currently compatible with ARCore, with Google’s solution being set to expand its list of supported handsets over the course of this year.

The name of the service is also the name of its virtual teacher which will guide you through many lessons meant to improve your foreign language skills. The virtual assistant will provide users with real-time feedback on their pronunciation and other skills tested by the app, with the goal of that approach being to improve knowledge retention and deliver a more natural learning experience. MondlyAR is meant to be the next step in the company’s mission to combine language learning with emerging technologies, thus being a direct follow-up on the MondlyVR app. ARCore is presently available on the majority of the latest Android flagships, including those from Samsung, LG, OnePlus, and Google itself. MondlyAR will also launch as an ARKit-powered iOS app by the end of the month, ATi Studios confirmed.