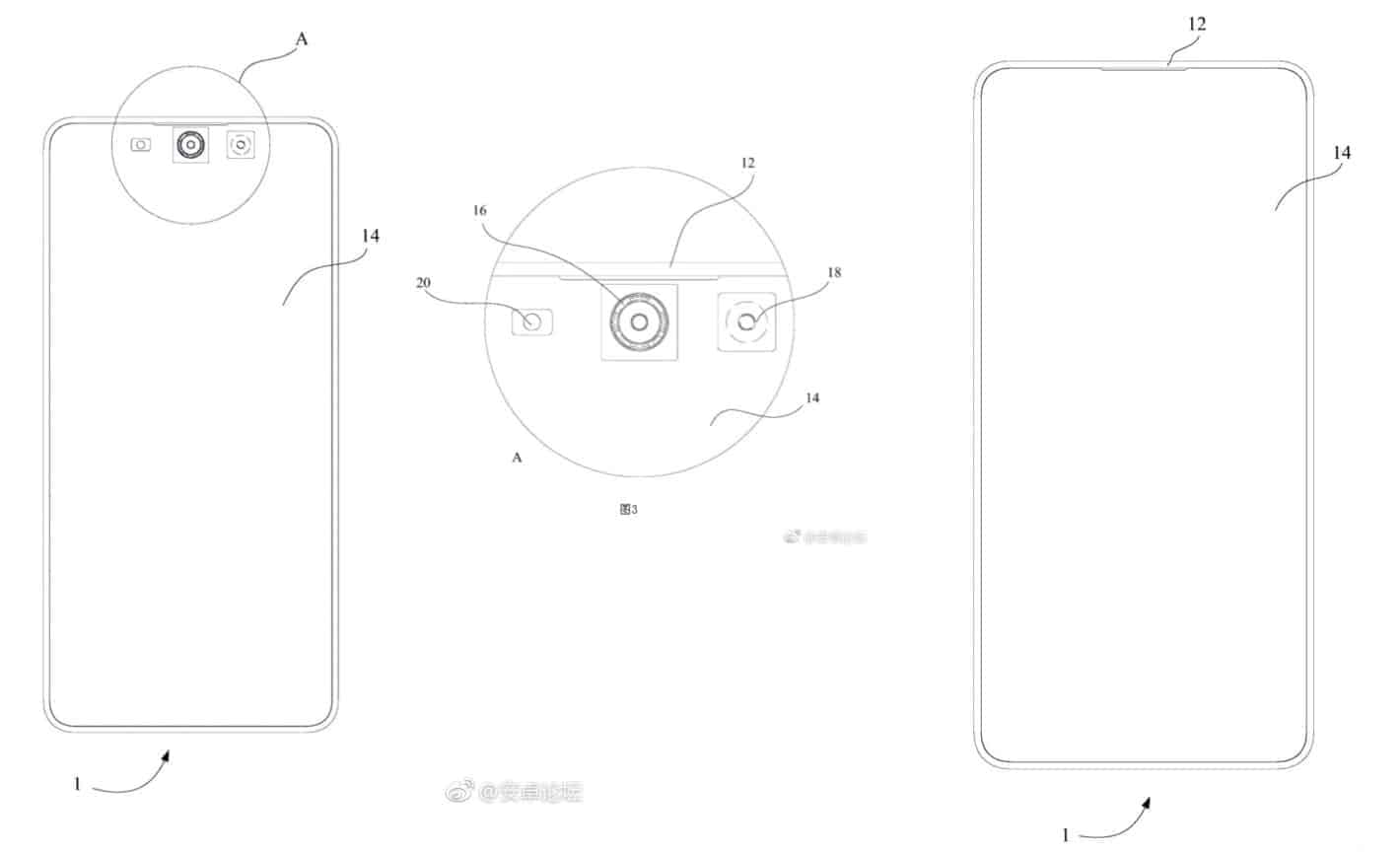 Meizu appears to have secured a patent pertaining to a full-screen smartphone design that features a main camera module hidden behind the display, leading to extremely thin bezels all around. According to the source, the display would be manufactured from graphene which would permit light to travel through and hit the hidden camera sensor, and presumably, this technology could also be used for security solutions that are based on face recognition capabilities, similar to Apple’s Face ID.

As full-screen smartphone designs have become increasingly popular, OEMs have continued to devise solutions for minimizing all the bezels while still retaining features such as front-facing cameras and fingerprint sensors. While some manufacturers have simply moved their biometric solutions to the back of their devices, other companies like Apple have replaced fingerprint sensors with face recognition technologies which don’t require as much space. More recently, however, Vivo unveiled perhaps the most elegant solution yet, which comes in the form of a CMOS-based fingerprint sensor hidden behind the Super AMOLED panel employed by the X20 Plus UD. The same OEM is also considering retracting the front-facing camera into the top bezel of some of its future phones. In any case, Meizu could be working on a biometric security solution that would reside behind a smartphone’s display, similar to the X20 Plus UD, but unlike Vivo’s solution, Meizu’s approach can technically be based on face recognition. Of course, at the end of the day, this technology was only recently spotted in a patent application and it’s unclear whether this in-panel camera would be capable of face recognition. Either way, only time will tell whether or not it will be fully developed for mass production.

There have been various rumors to suggest that Meizu is in the process of creating a full-screen device, such as the bezel-less 15 Plus which, at least based on previously leaked renders, would have been an appropriate contender for this type of in-display face ID technology. However, not much was concluded in regards to the Meizu 15 Plus over the past couple of months and in recent weeks the rumors have been slowing down. Meanwhile, the company’s latest smartphone running Flyme UI 6.2 based on Android 7.0 Nougat was announced in January bearing the name of Meizu M6s. It features a 5.7-inch IPS LCD display with a resolution of 1440 x 720 and an aspect ratio of 18:9, as well as a side-mounted fingerprint sensor.