While LG is still seemingly preparing for the release of its next flagship phone meant to succeed the LG G6, the OEM also appears to be working on a new device that’s part of its Q series, namely the LG Q7. The moniker in question was recently spotted in the database of the Korean Intellectual Property Office after LG applied to trademark the name, which suggests that the device may be on its way to a market release. However, little is known about the LG Q7 in terms of specs and availability, and as yet, the biggest clues pertaining to this upcoming device are found in the existing LG Q6 itself.

In other words, it’s logical to assume that the LG Q7 will fit in the same market range as the device it’s meant to succeed, i.e. the mid-range segment. The first Q smartphone launched by LG was the LG Q6 which was introduced in July of 2017 as the company’s first mid-range handset boasting a display with an elongated 18:9 aspect ratio. The unit was powered by the Qualcomm Snapdragon 435 chipset coupled with 3GB of RAM and 32GB of on-board memory, though variants of the same device were released with 2GB and 4GB of RAM, as well as 16GB and 64GB of on-board storage, respectively. The LG Q6 featured a 5.5-inch display with a resolution of 2160 x 1080 pixels, but interestingly enough, the device was shortly followed by another Q model, specifically the LG Q8 which retained a more conventional 16:9 form factor while adopting a higher 2560 by 1440 resolution and a considerably more powerful Snapdragon 820 chipset from Qualcomm, paired with 4GB of RAM.

With that being said, the LG Q7 could theoretically fit in between the Q6 and Q8 from a market segment perspective, while possibly carrying a launch price of anywhere between €350 and €600. But it remains to be seen whether the LG Q7 will steer more toward the Q6’s budget segment from a hardware point of view, or try to combine more high-end grade components in a non-premium-priced package like the LG Q8 did. Either way, if LG will follow a yearly launch schedule for the Q series, then the Q7 could theoretically be planned for an official unveiling this summer. 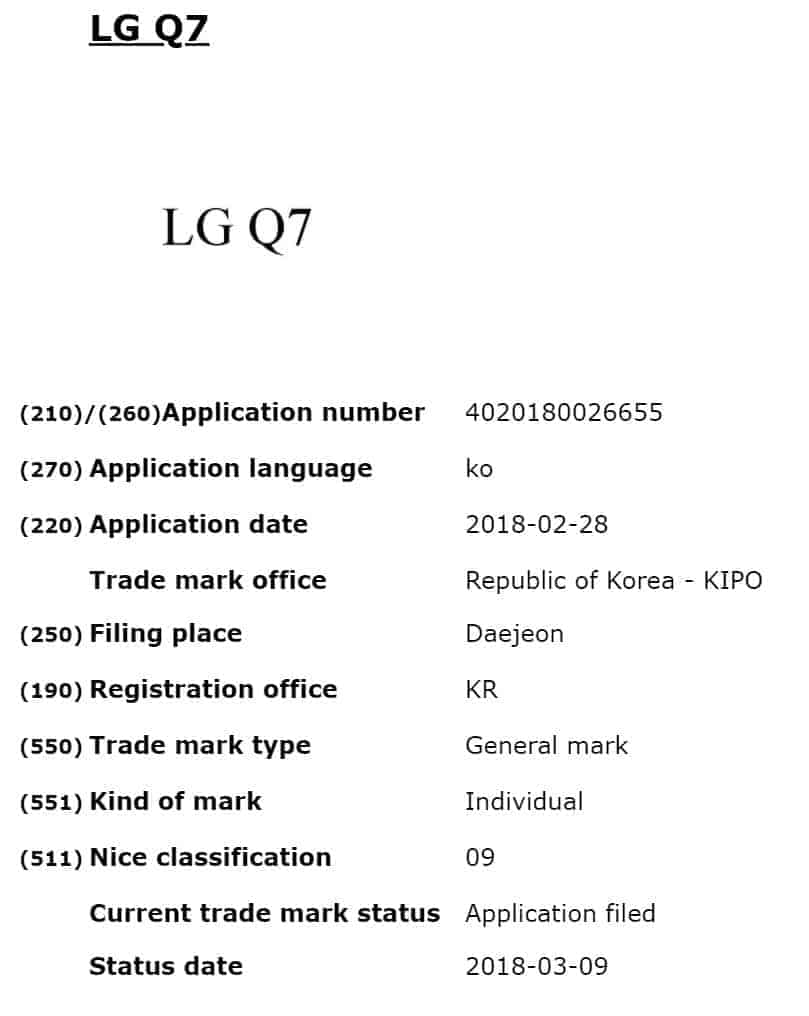