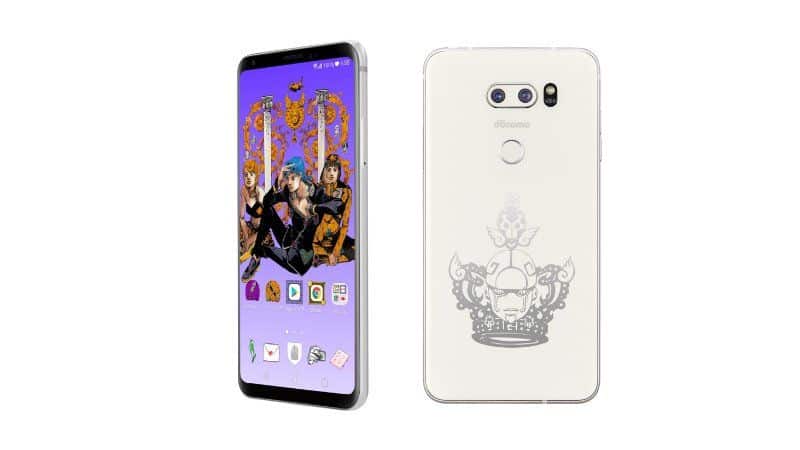 This Friday LG is expected to release a limited version of the LG V30 Plus in Japan, which was inspired by the manga series JoJo’s Bizarre Adventure. As expected, the limited edition device will be pre-loaded with appropriate themes reflecting the manga series, as well as new backgrounds, a JoJo manga editor, and a camera application with augmented reality capabilities that gives users the ability to photograph themselves next to their favorite characters from the manga. As far as the exterior design is concerned, the unit will be finished in white featuring an appropriately-themed logo engraved on the back panel, but everything else seems unchanged.

For the most part, the limited edition LG V30 Plus set to release in Japan by the end of the week will be very similar to the standard model launched globally. It will rely on the same 64-bit octa-core Snapdragon 835 chipset supplied by Qualcomm coupled with 4GB of RAM, and because this is the ‘Plus’ variant it should offer 128GB of on-board memory as opposed to 64GB. Themes and backgrounds will be displayed on the same 6-inch P-OLED display bearing a resolution of 2880 by 1440, but despite all of these hardware similarities across the board, it appears that the limited edition LG V30 Plus will be powered by a slightly smaller 3,060mAh battery instead of the usual 3,300mAh unit. In addition, it seems that the limited edition model is already pre-loaded with Android Oreo as opposed to shipping with Android 7.1.2 Nougat as the standard model did late last year. However, this is somewhat expected given the fact that the Android Oreo update for the standard ongoing model has been in testing for the past several months and is now making its way into markets such as the United States.

LG will reportedly launch only 10,000 units of these JoJo’s Bizarre Adventure-themed limited edition devices, and all of them will be exclusive to Japan and distributed through local network operator NTT DoComo. Pricing details are currently unknown but more information regarding the matter should be made available on Friday during a launch event scheduled to take place at Tower Records in Shibuya. 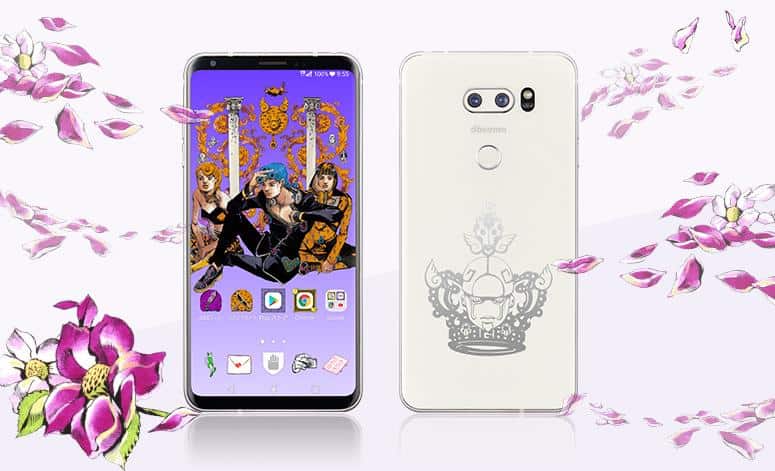