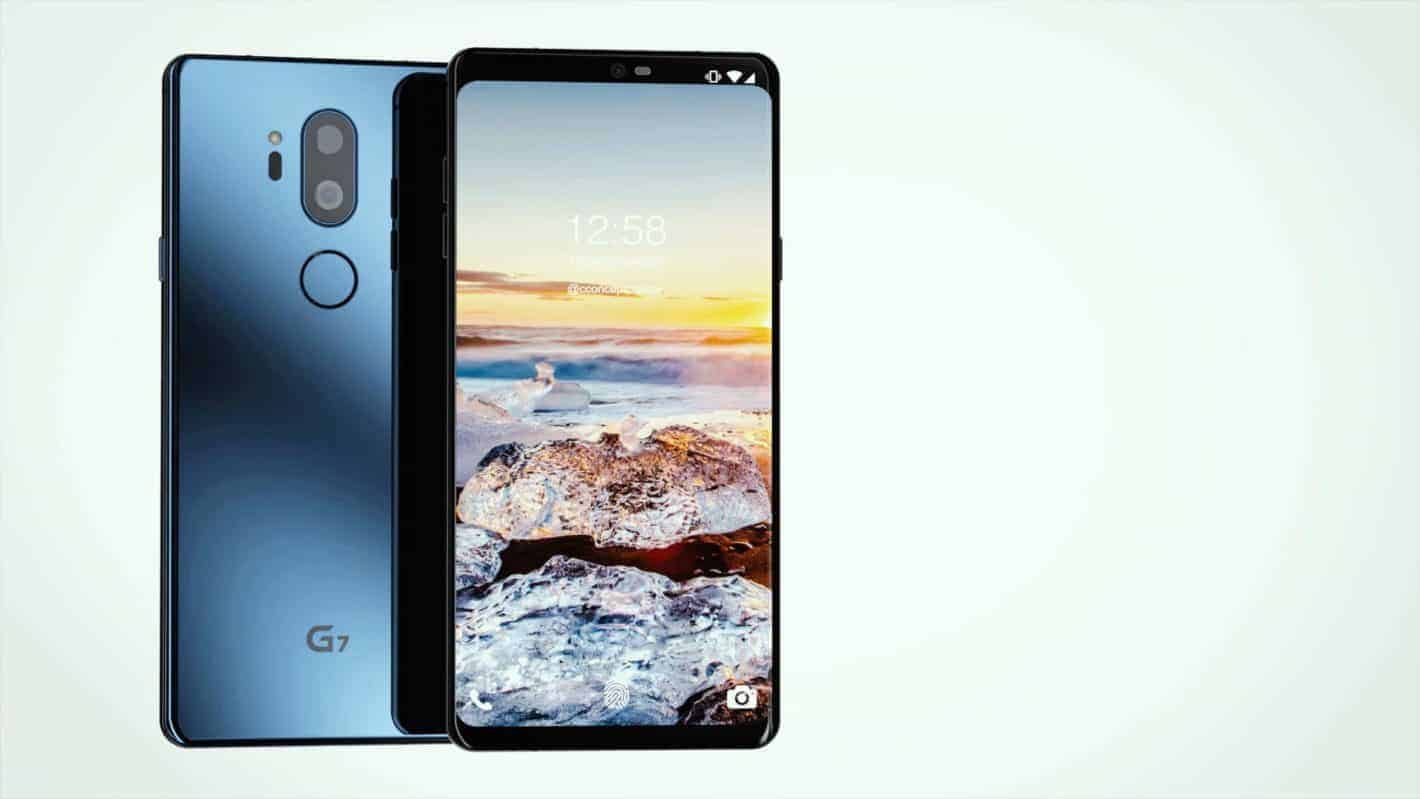 Following the alleged LG G7 poster which leaked earlier today, and which turned out to be fake, a concept design of the LG G7 Neo has surfaced. This design was created and published by Concept Creator YouTube channel. We're looking at a video here, which is showing off an imaginary LG G7 Neo smartphone, so please do note that this is not a leak or anything of the sort, just a third-party concept.

Having said that, this imaginary smartphone looks really nice, it combines metal and glass, and it looks quite premium as well. There are two cameras placed on its back, which are not flush with the back of the phone, while you will find the G7 branding there as well. A fingerprint scanner sits below the dual camera setup, while an LED flash and what seems to be a laser autofocus are placed next to the dual camera setup. A power / lock key is included on the right-hand side of this concept phone, same goes for the device's SIM card tray, while the volume up and volume down buttons sit on the left, and they're quite small, actually. This concept phone features extremely thin bezels, while its display sports rounded corners, and the display itself seems to be curved a bit on the sides. Side bezels are almost non-existent, while the top and bottom ones are really thin, though there's a display notch included here, which is not surprising considering that this design is based mostly on leaks.

It was reported recently that the LG G7 will ship with a software feature which is able to hide the notch, by including a black bar on its left and right sides, so that way it will seem like the top bezel is considerably thicker than it is… well, this concept is actually showing off that feature as well. The source did not mention any specs for this handset, and that is not surprising at all considering this is just a concept phone. In any case, the LG G7 is expected to arrive mid-year, and it will almost certainly be fueled by the Snapdragon 845 64-bit octa-core processor. The device will probably ship with 4GB or 6GB of RAM, though both variants are also a possibility, as LG may introduce a version with more RAM and storage and release that model as the LG G7 Plus. If you'd like to check the concept design we've talked about here, fire up the embedded video.