Jabra today debuted the latest addition to its Elite lineup of headphones and earbuds, the Elite 65e. This is a new pair of wireless earbuds that do also sport Active Noise Cancellation or ANC. These are neckband wireless earbuds, and are optimized with engineering for both active and passive noise cancellation. So you’re going to get some great audio quality here while also being able to tune out the sound around you. Jabra also notes that there are three microphones included here, that is going to provide some impressive conversation quality. There are two microphones that are used for optimized transmitted audio, and then a third microphone in the mic box. Together these create a noise-blocking zone, so that your voice is crystal clear when taking calls, or speaking to your digital assistant.

The microphones aren’t the only aspect that help the Elite 65e provide great noise cancelling technology here, but also the Jabra EarGels. These are uniquely designed oval shaped earbuds that have been designed to fit better in your ear canals. This is so that they won’t fall out, but also fill your entire ear, so that no other sound is able to get in. That right there does a lot to cancel out background noise as well. The EarGels provide an optimal seal for both passive noise cancellation and ambient sounds, according to Jabra. 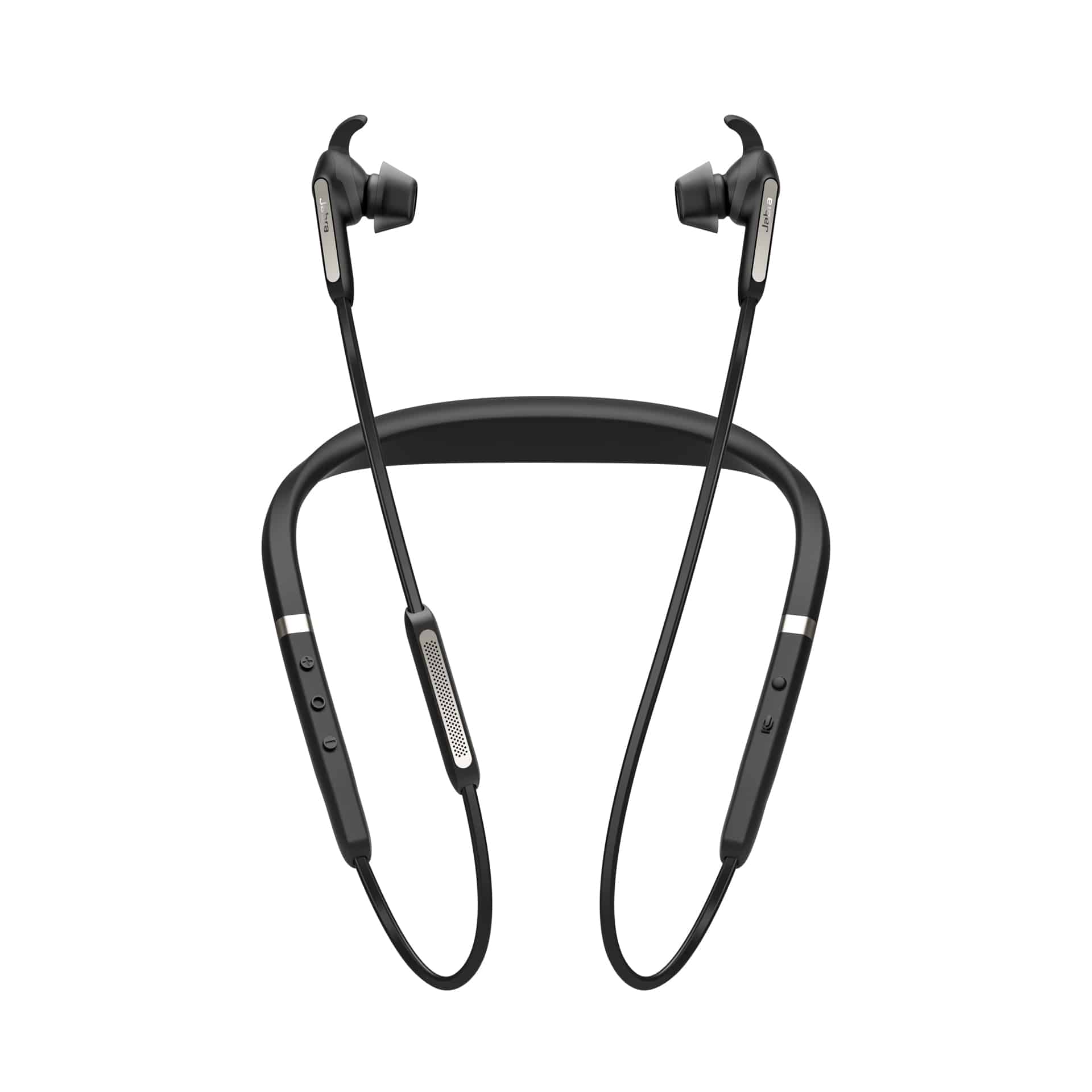 On top of noise cancellation, Jabra touts that the Elite 65e sport all-day power, with a battery that will last around eight hours, and that is with Active Noise Cancellation turned on. If ANC is turned off, the battery will then jump to around 13 hours of continuous playback. Which is right on par with other neckband earbuds on the market right now. Jabra is also touting that the Elite 65e are IP54-rated for water and dust. This means that these are going to be great for taking to the gym and getting a workout in. Which is definitely a good thing, as these are lightweight and feature great noise cancellation, making them perfect for the gym. Jabra has also given the Elite 65e a great voice experience, in fact the company calls it the “best voice experience”. That is due to the three microphone setup here. But that’s not all, with the Elite 65e, users will be able to connect to their favorite personal assistant. Whether that is Amazon Alexa, Apple’s Siri or Google Assistant. This is thanks to Bluetooth connections, so you aren’t actually getting these personal assistants built into the earbuds (and there could be a slight delay between your command and the assistant responding). But it’s still a great feature to have here.

The Jabra Elite 65e also join the pretty small group of earbuds or headphones that support Bluetooth 5.0. Now this means that it could be paired to two devices at the same time. That’s not really an impressive feature on a pair of headphones, but on a smartphone (pairing to two headphones) or a speaker (pairing to two smartphones for a DJ-like mode) is more impressive. Jabra says that the Elite 65e are going to cost $199 in the US and €199 in Europe, with units being available beginning in April.