iFixit has given the Samsung Galaxy S9 Plus a teardown to see just how easy it is to take apart and repair should you end up needing to do so, and while it isn’t the most difficult phone to repair out of every phone that’s been torn down over the last five years or more, it isn’t a simple phone to repair either as it received a score of four out of ten, with ten being the easiest to repair.

You can see the image of the phone fully torn down just below, and while seen it all pulled apart might make it seem like it was a no-muss no-fuss kind of ordeal, the above-mentioned score would suggest otherwise and the total number of 15 steps to get everything taken apart doesn’t make it seem like any less of a challenge. That said not all of the teardown looks to have been a difficult task. According to iFixit many of the parts inside the phone are modular and allow for independent replacement, which is good news for just about anyone who would attempt to tear down and repair their own Galaxy S9 Plus.

That’s just about where the good elements of this teardown end, though. The battery for example gets a bit of a knock against it due to the fact that it’s said to be more challenging than it should be to get it removed and replaced if need be, though it is noted that the battery is technically replaceable if it must be done. Making for an even more difficult task of tearing this phone apart, Samsung’s use of a glass rear panel and a ton of glue on the inside are noted as immediately making this teardown a rough task before the teardown even began. When it comes down to it, the phone won’t be impossible to repair in the event that a display or battery or some other component needs a replacement, but it won’t be an easy thing to do, and it’s likely that unless you’ve torn down and repaired a few phones already you’ll want to have the phone repaired for you. 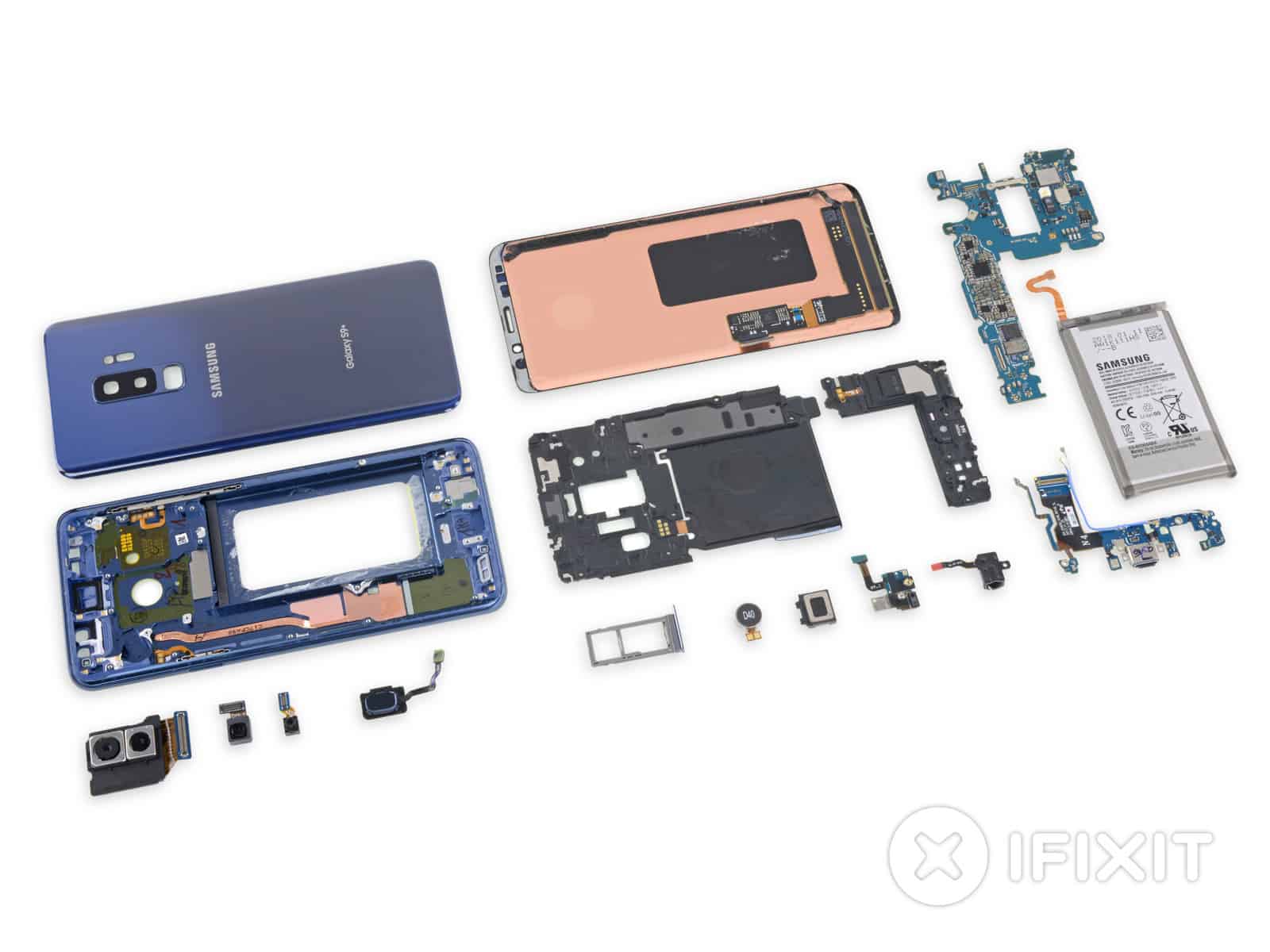