Huawei has just announced a new smartphone in China, the rumored Nova 3e. The Huawei Nova 3e is essentially the Huawei P20 Lite for the Chinese market, a phone that was announced quite recently in Poland. Having said that, this smartphone is made out of metal and glass, as you can see, and it sports a rear-facing fingerprint scanner. The device features a display notch, and a ‘chin’ below the display. Bezels on this handset are quite thin, in general, quite the phone’s display sports considerably curved corners. The volume up, volume down and power / lock key can be found on the right-hand side of the device, while this phone sports a dual camera setup on the back, and those two cameras are vertically aligned.

The Huawei Nova 3e features a 5.84-inch fullHD+ (2280 x 1080) display, with a 2.5D curved glass included on top of it. The device is fueled by the Kirin 659 64-bit octa-core processor, which includes the Mali-T830 MP2 GPU for graphics processing. This smartphone also comes with 4GB of RAM and 64GB / 128GB of expandable native storage. Android 8.0 Oreo comes pre-installed on the Huawei Nova 3e, while you will find Huawei’s Emotion UI (EMUI) 8.0 skin on top of it. 16 (f/2.2 aperture, PDAF) and 2-megapixel shooters are included on the back of the phone, while a single 24-megapixel camera (Sony’s IMX576 sensor, f/2.0 aperture) lies on the device’s front side. A 3,000mAh non-removable battery is also a part of this package, and the same can be said for a 3.5mm headphone jack as well. A hybrid dual SIM setup (2x nano SIM) is included here, which means that you can insert a microSD card instead of a second nano SIM card in order to expand this phone’s internal storage. 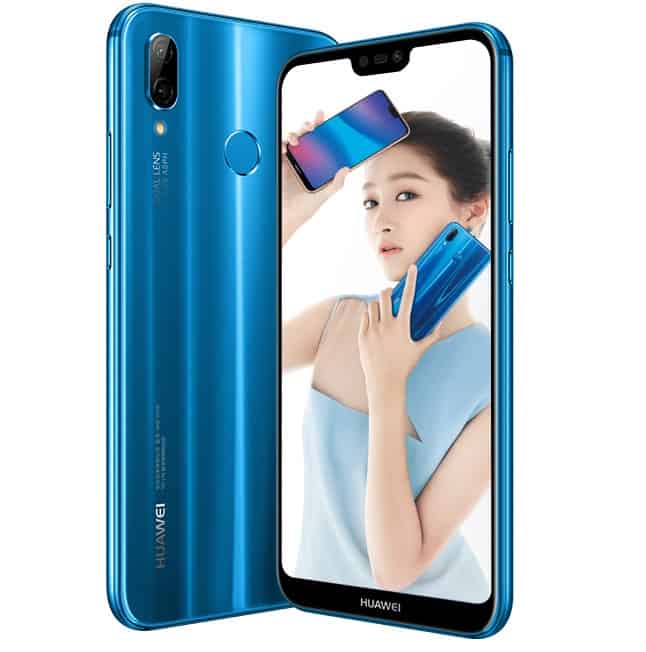