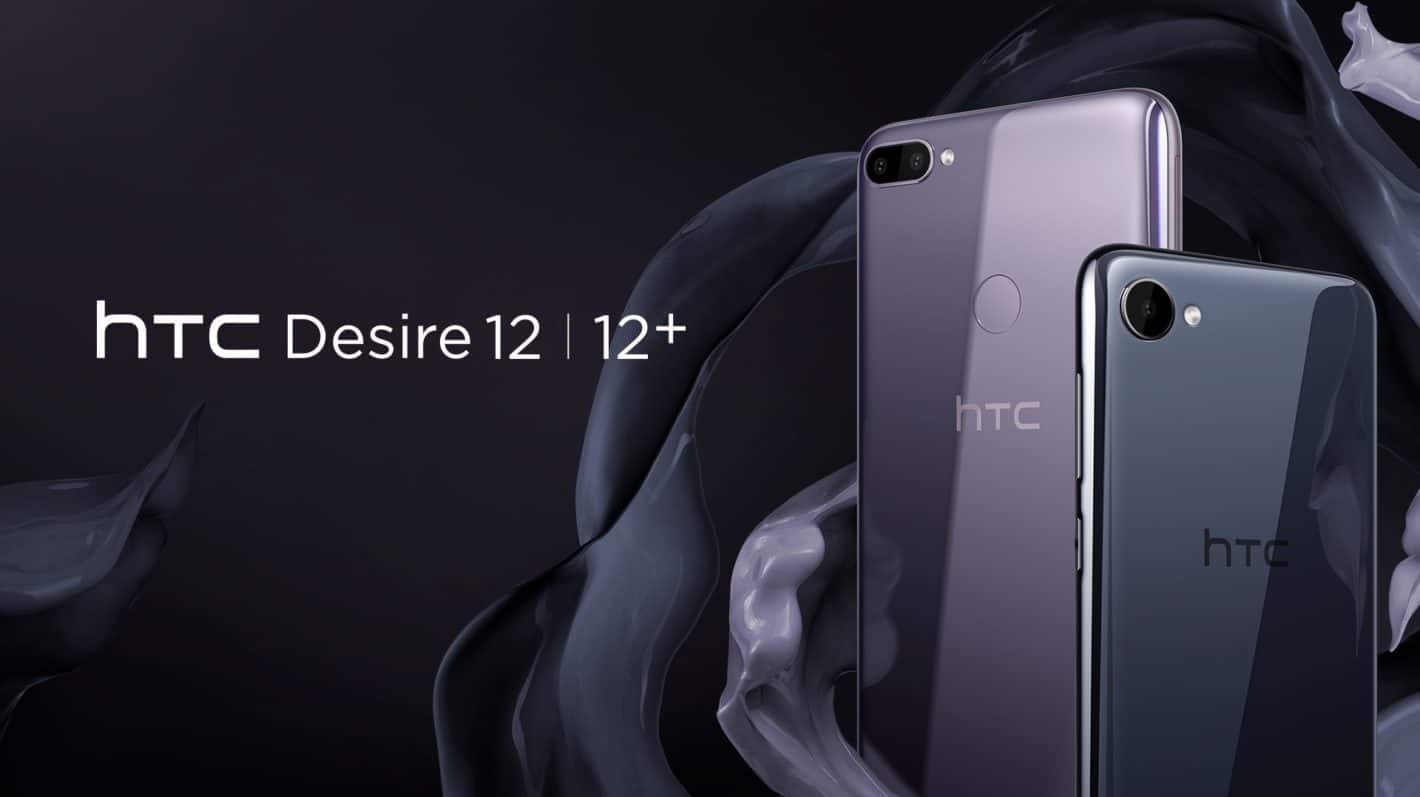 HTC has just announced two new smartphones, the HTC Desire 12 and Desire 12 Plus. These are the company’s entry-level offerings, and both of them were announced in the UK, though they will be available in a number of regions (specific details are now available yet). Having said that, both phones are made out of metal and sport an acrylic glass back, which is curved, and it is supposed to provide a better grip. These two phones htlook quite similar, with one major difference, their camera setups, as the HTC Desire 12 comes with a single camera on its back, while the HTC Desire 12 Plus features two snappers on its back side.

Displays on both of these devices sports slightly rounded corners, while physical keys are located on the right-hand side of both devices. Rear-facing camera(s) protrudes, while a SIM card tray lies on the left-hand side of both the HTC Desire 12 and Desire 12 Plus. Now, in terms of specs, these two phones are quite different, let’s start with the HTC Desire 12, shall we. The HTC Desire 12 sports a 5.5-inch HD+ (1440 x 720) display, while the phone is fueled by the MT6739 64-bit quad-core SoC. The device comes with 2GB / 3GB of RAM and 16GB / 32GB of expandable storage. The HTC Desire will be available in variants with both a single (nano) SIM, and a dual (nano) SIM cards. The phone supports both FDD-LTE and TD-LTE bands, while a 2,730mAh non-removable battery lies on the inside of the phone. A 13-megapixel shooter (BSI sensor, f/2.2 aperture) lies on the back of the phone, while a 5-megapixel snapper (BSI sensor, f/2.4 aperture) can be found on the front side of this phone. A 3.5mm headphone jack is also included here, though HTC did not share any availability info just yet, nor did the company share more info regarding HTC Desire 12’s software. The HTC Desire 12 measures 158.2 x 76.6 x 8.4mm, and weighs 157.5 grams.

The HTC Desire 12 Plus, on the other hand, comes with a 6-inch HD+ (1440 x 720) display, 3GB of RAM and 32GB of expandable storage. The device ships with Android 8.0 Oreo out of the box, while you will find HTC’s Sense UI on top of it. The Snapdragon 450 64-bit octa-core SoC fuels the HTC 12 Plus, while the phone features 13 and 2-megapixel snappers on the back. An 8-megapixel camera is included on the front side of the phone, while this handset comes in a single SIM card variant only. A 2,965mAh non-removable battery is included here, while the device comes with support for both FDD-LTE and TD-LTE bands, just like the HTC Desire 12, though that support will vary from one region to the next. HTC did not share any specific availability info regarding this phone either, more info will be announced in the near future, though. What we do know, however, is that both devices will be available in Taiwan (HTC's homeland), and the UK, which probably means it will be officially sold in a number of other European countries as well.