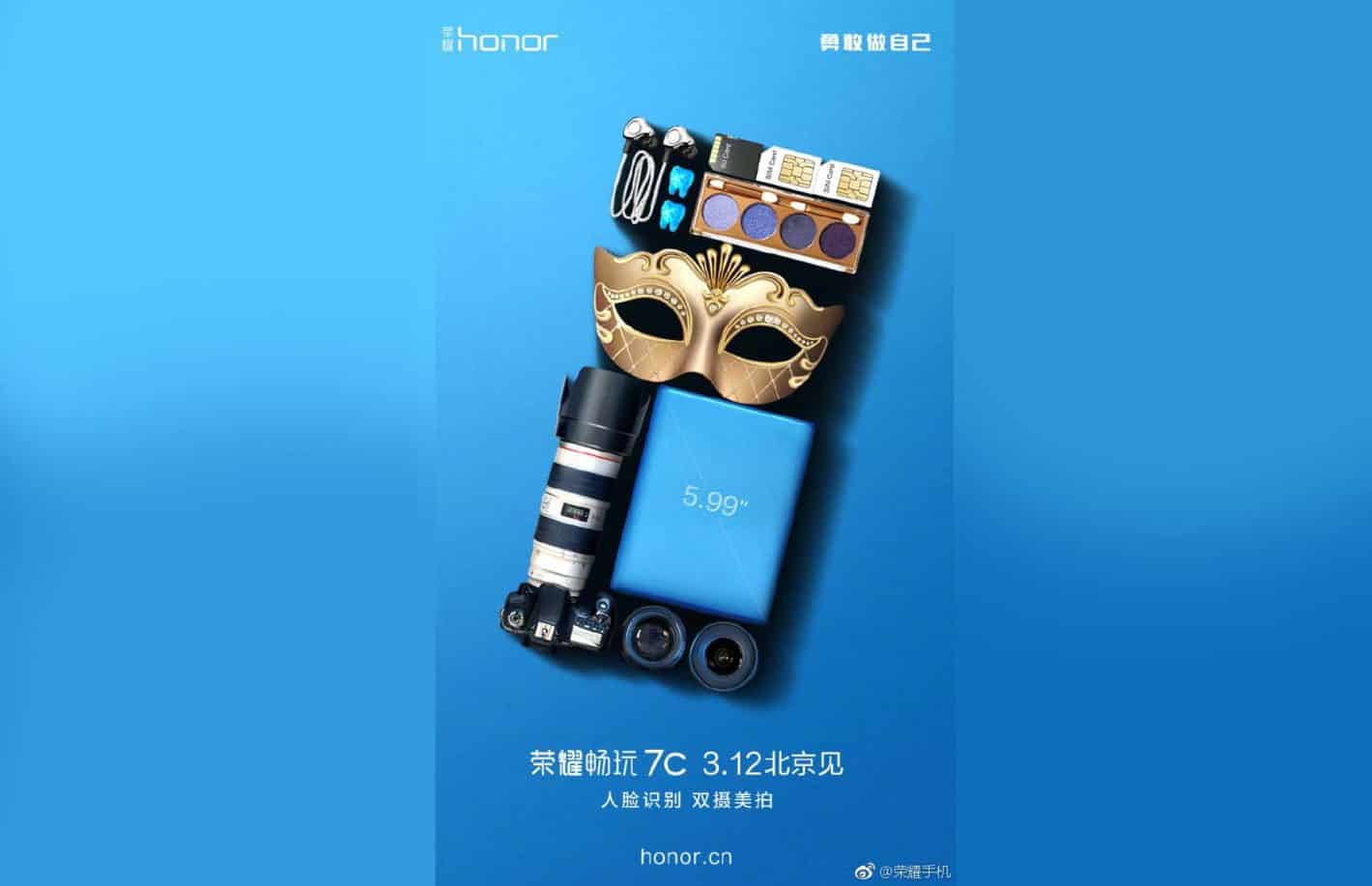 Huawei's subsidiary Honor on Monday took to Chinese microblogging platform Weibo to tease the upcoming release of the Honor 7C, its new Android-powered offering scheduled to be officially unveiled next week. The promo that can be seen above confirms the device will be equipped with a dual-camera setup and feature a 5.99-inch display panel, likely of the IPS LCD variety. The teaser also mentions dual-SIM capabilities and Beauty mode support, revealing Honor's next mobile offering will be announced on Monday, March 12. The Honor 7C was recently certified by Chinese telecom regulator TENAA, with its clearance signaling the smartphone is planned to be released in the Far Eastern country. The same listing revealed at least one variant of the handset will be identified by the model number LND-TL30 and feature an HD+ display, i.e. one that has a resolution of 1,440 by 720 pixels and utilizes an elongated 18:9 (2:1) aspect ratio.

The same certificate suggested the Honor 7C will feature 3GB of RAM and 32GB of internal flash memory expandable by up to 256GB via a microSD card slot. The latter is also expected to double as a Nano SIM tray as the Honor 7C will likely utilize a Hybrid SIM setup. The device should be available in black, blue, and gold color options, though their official names remain unclear. Another Honor 7C variant is expected to launch as the LND-TL40 and will likely be the more premium member of the new Android family, with industry watchers speculating that model will feature 4GB of RAM, although its internal storage configuration is likely to remain the same.

The slim display panel of the Honor 7C is said to be protected by 2.5D glass, whereas the device is likely to run Android 8.0 Oreo out of the box, enhanced with Huawei's EMUI firmware. An in-house HiSilicon chip from the 600 series should also be part of the package, together with an 8-megapixel front camera. The dual-lens system mentioned by the new teaser is rumored to consist of a 13-megapixel sensor and a 2-megapixel one, whereas the back of the handset should sport a circular fingerprint reader. Previous reports suggested the Honor 7C will feature a 2,900mAh non-removable battery and weigh approximately 164g. TENAA lists its overall dimensions as 158.3 × 76.7 × 7.8mm, indicating the mid-range handset will have relatively thin bezels.