Web giant Google has officially opened the floodgates of mobile AR gaming by allowing game developers to use data from its Google Maps service to create games that take place in the real world, or a fantasy reflection of it. To make things even easier for developers, the data set is available in Unity format, with real-world buildings and landmarks rendered on Unity-friendly maps as in-game objects. Location-based AR gaming a la Pokemon GO is the first use case to leap to mind, but crafting an incredibly detailed and realistic game world for any purpose can be daunting, and Google is offering to let developers use its data on the real world in order to all but waive that requirement.

Use of this data set even allows developers access to Google Maps' servers, to ensure that games are always online and map data is always up to date. The data set and related services are not free and open source like some other tools from Google, so developers who want to enlist Google's cartographers to build out their game world will have to talk business with Google's sales team, as there is no fixed price for usage at this time. Use of the data set and related features comes via a number of APIs that allow direct integration of Google Maps data into a game world, including not just the map data and imagery, but also data on locations of interest. This means that game developers could very easily put a few procedural actors on a scene and drop players into a living, breathing game world, a feat that, up until now, took years of hard work. The limitation, of course, is that your game world is a mirror of the real world; putting players into a miles-wide mountainscape dotted with small villages, like in The Elder Scrolls V: Skyrim, will require finding such a locale in Google Maps.

The possibilities and implications of such a system are nearly limitless. This development means that just about anybody willing to pay Google for the privilege will have a fully-formed game world to drop characters and stories into, and can put a custom skin over the real world or put players in an extremely convincing facsimile of the world around them. The fact that these pre-built and fully populated maps are available in Unity, one of the easier game development suites for modern gaming, makes it even easier for developers to shorten or skip the world building process. Google has already allowed a set of partners to create games with the new APIs, resulting in games like The Walking Dead: Our World and Jurassic World: Alive. 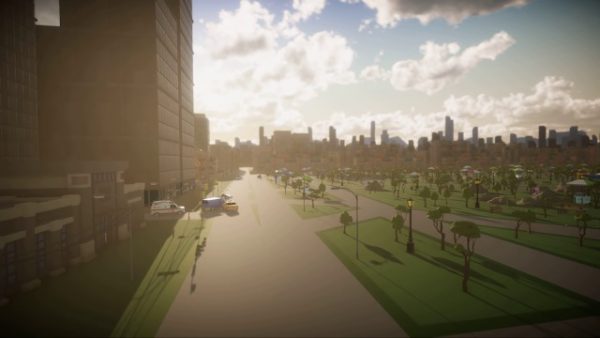