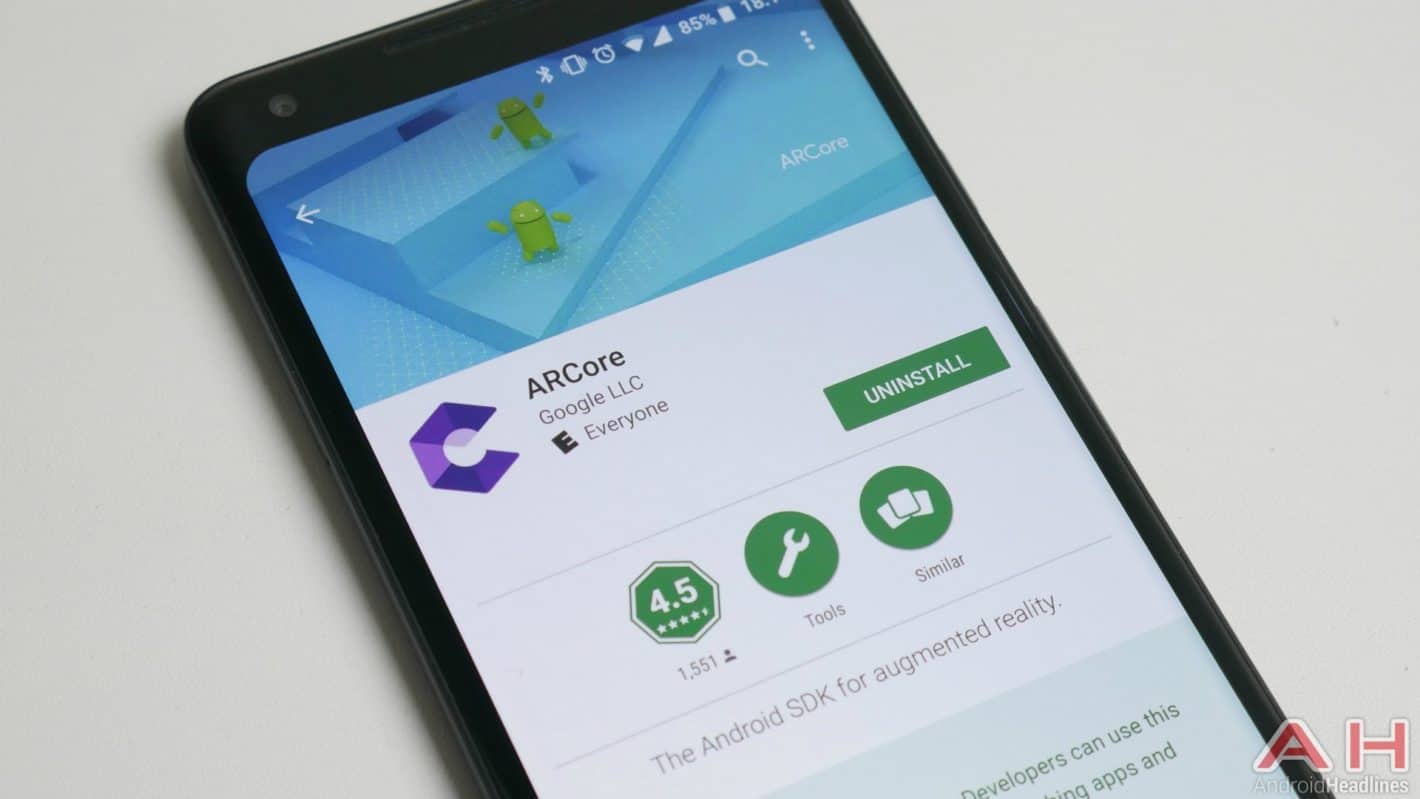 Google has now announced a number of new ARCore-based apps are becoming available through the Google Play Store. The announcement was made today to time with both the 2018 Game Developers Conference held in San Francisco, California, and the ShopTalk Retail and e-commerce conference currently underway in Las Vegas, Nevada. The reason the announcement chimes with both events is due to Google confirming in excess of sixty augmented reality (AR) apps are being released, with some focusing on gaming and others on retail. In addition to a few other apps which are more about creativity than anything else.

As part of the announcement, Google highlighted a few of the new third-party arrivals to showcase the type of content now on offer. For example, on the shopping side, Google has drawn attention to a new Pottery Barn app which allows users to place Pottery Barn furniture anywhere in a room to see how it will look while also offering the ability to very quickly change between various color options. Once a product has been selected, placed, and color chosen, the user will be able to complete the purchase from within the app. While the Pottery Barn app is more focused on the buyer experience, Google also highlighted how eBay is also using AR to aid sellers by letting them select from different-sized boxes with a view to seeing which one best fits the product being sold. On the gaming side, Google highlighted how My Tamagotchi Forever allows users to employ ARCore to raise an AR Tamagotchi character, TendAR which is a game that relies on a user’s facial expressions to feed an AR fish, and Walking Dead Our World. This one will likely need little introduction as it is an apocalypse-themed game that utilizes a smartphone’s location (through Google Maps) to combine a zombie-filled world with the user’s real world. While most of the ARCore apps detailed here have now become available, Walking Dead Our World is still being readied for the market, with Google stating it is due to arrive in Q2 2018. Though pre-registrations for the game are now live.

ARCore is one of the latest features to come to Android and one that utilizes an AR approach to combine rendered images and animations with the user’s view of the real world. While AR has typically required more advanced hardware up until now, Google’s ARCore manages to bring the feature to Android in a way that makes it compatible with less-demanding camera technology. Resulting in a backward compatibility with a number of current and previous-generation devices. In the grand scheme of things, Google expects ARCore to be available to a significant number of smartphones in due course, and while compatibility is currently limited to select premium handsets, Google states the new AR feature is already accessible by more than 100 million smartphones. In addition to the vast number of new third-party apps, Google itself has released a new AR-focused app, called “Just a Line.” Compared to the other ARCore apps, this is more of an experimental offering which comes with an emphasis on drawing and is designed to showcase what is possible with ARCore. Although this is a basic app – offering user’s the ability to create very basic drawings and paste them over the camera view – Google has open-sourced the app for interested developers to work with, and build off. A short demonstration of the possibilities available with Just a Line are shown in the two videos below.