A device possibly dubbed the Samsung Galaxy J8 Plus (2018) has appeared on Geekbench. The South Korean company recently changed the naming strategy of its Galaxy A series by introducing the Galaxy A8 and A8 Plus, but now it appears the Galaxy J line could follow suit. After all, a recent benchmark listing hinted at an upcoming Galaxy J8 (2018) and now another one points towards the existence of a possible Plus variant.

The device, which goes by the model number SM-J805G, scored a multi-core result of 3708, while its single-core test produced a score of 749. These results were achieved largely because of the octa-core Qualcomm Snapdragon 625 processor that is included inside, although this is further accompanied by 4GB of RAM and most likely the Adreno 506 GPU. Furthermore, Samsung has also pre-installed Android 8.0 Oreo on the smartphone, meaning it should ship with support for Project Treble straight out of the box. The listing of the alleged Galaxy J8 Plus hints at moderate upgrades over the regular variant, which is set to include 3GB of RAM and the slightly less powerful Exynos 7870 processor, although Android 8.0 Oreo is also included. However, it remains to be seen if Samsung will equip both devices with its trademark Infinity Displays that have so far been seen in the company’s recent flagships and Galaxy A smartphones. If this is the case, Samsung will likely opt for an aluminum build instead of the more premium glass design that is featured on its premium devices in the hope of keeping costs down, while also moving the fingerprint scanner to the rear due to the smaller top and bottom display bezels.

The smartphone giant has previously been reported to be testing a number of lower-end Galaxy J devices, so the rumored Galaxy J8 and J8 Plus will likely occupy the pricing gap that now exists due to the higher prices of the Galaxy A8 and A8 Plus. The rumored 2018 Galaxy J1, J2, J3, J4, J5, J6,  and J7, on the other hand, will likely stick to the more traditional 16:9 display format, while also occupying a number of different price points below the range-topping Galaxy J8 line. Samsung is yet to make any comment regarding the rumored Galaxy J (2018) lineup, but if previous releases are anything to go by, Samsung could potentially unveil the smartphone line in early June. 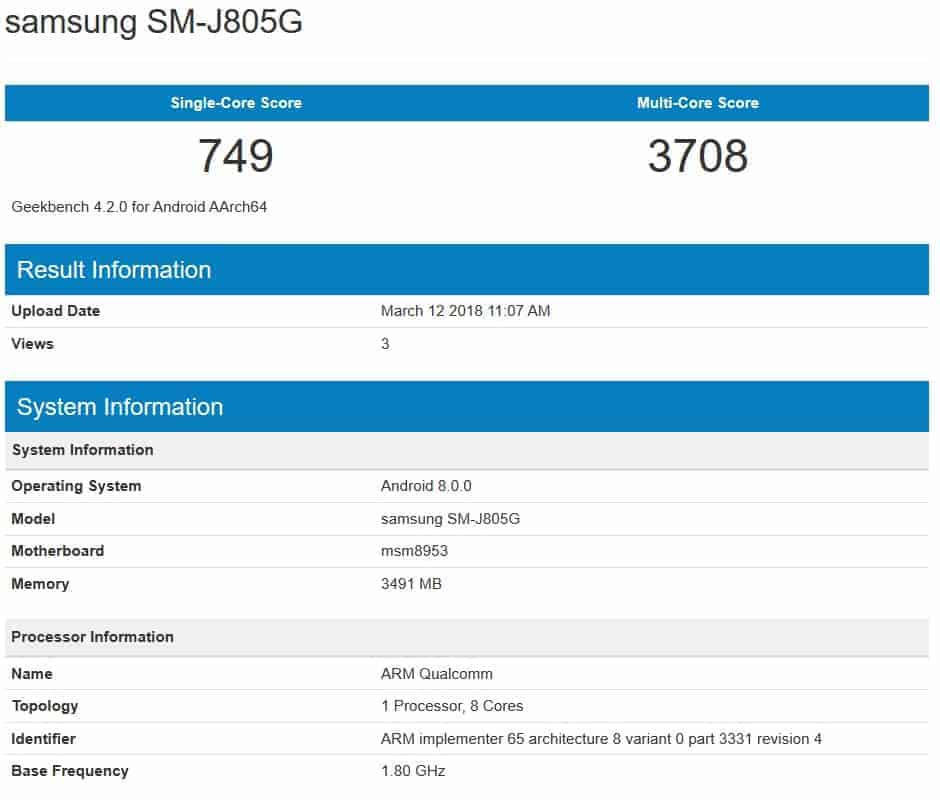