Meizu has just announced that the Meizu E3 will be announced on March 21. This handset has been leaking for weeks now, and it also got certified by TENAA quite recently, so we pretty much know what to expect in both the design and spec departments. Meizu had introduced the Meizu E3’s press conference by releasing a rather interesting teaser image on Weibo (Chinese social network), showing off two different airplanes, old and new, and adding the phone’s name and press conference date to the mix. This teaser image actually refers to ‘The Rocking Sky’ documentary which was released back in 2015, for one reason or the other.

In any case, the Meizu E3 will be made out of metal, it will sport rather thin bezels, and its display will ship with rounded corners. Meizu’s ‘mblu’ branding will be included on the back of the phone, and the same can be said for the device’s dual camera setup, which will be vertically aligned. An LED flash will sit below those two cameras, and a fingerprint scanner will sit on the right-hand side of the phone, right below the device’s power / lock key. The volume up and down buttons will be included on the left-hand side of the Meizu E3, which is where you will be able to find the phone’s SIM card tray as well. Two cameras on the back of the device will not sit flush with the phone’s back, they will protrude quite a bit, actually, at least according to TENAA’s images. Having said that, the Meizu E3 will sport a 5.99-inch fullHD+ (2160 x 1080) display, 4GB / 6GB of RAM and 32GB / 64GB / 128GB of expandable internal storage.

The device will probably be fueled by one of MediaTek’s processors, though we’re only guessing at this point, as TENAA did not reveal what SoC is fueling the device. 20 and 12-megapixel cameras will sit on the back of this smartphone, while an 8-megapixel shooter will be included on the phone’s front side. Android 7.1.1 Nougat will come pre-installed on the Meizu E3, along with the company’s Flyme OS. The phone will be available in Obsidian Black, Dark Blue, and Champagne Gold color variants, while it will measure 156.8 x 75 x 7.6mm, and weigh 163 grams.

UPDATE: Meizu’s Head of Global Marketing, Ard Boudeling, confirmed via Twitter that the Meizu M6E will launch on March 21. The question is, is this the global version of the Meizu E3, or is it a completely new phone? Chances are that it’s the E3 for an international market, but we won’t know for sure until March 21. 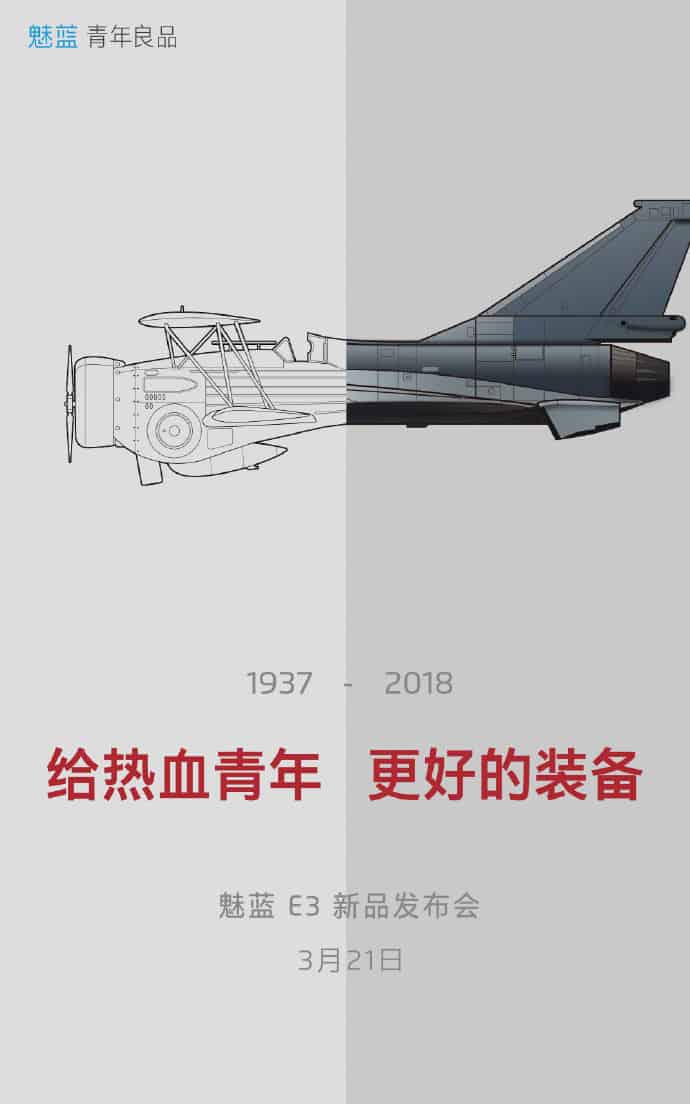