BlackBerry Mobile has launched a loyalty program for its fans called the BlackBerry Smartphone Fan League, and aims to use the platform as a way to better-connect with the users who are fans of its products and software offerings. What this means is that BlackBerry Mobile will get what it considers to be valuable input from users that could help dictate the direction of future BlackBerry smartphones. The company doesn’t elaborate how much user-input would shape the process of building future phones, but it does state that users will be able to give feedback that will be taken into consideration when building new devices, so in some way, users will be helping to build the phones, which could end up impacting anything from the design to the features that will be included.

What this means for the users, or in this case the BlackBerry super fans, it means that in exchange for becoming a part of the fan league and participating in the surveys that will be passed out to gather user-input, fans will earn points and this could lead them to receiving rewards from BlackBerry Mobile and TCL. These rewards can include BlackBerry phones, and although no specifics were given in regards to which phone a likely candidate would be BlackBerry’s KEYone, or any number of its other Android devices that were launched over the past year or two. They could also be future devices that have yet to launch. Given the images of the KEYone though on the official page for this loyalty program, it’s likely that this will be one of the phones you can receive.

In addition to phones there will be other monthly prizes given away, including things like BlackBerry hats, BlackBerry Coffee mugs, and even a BlackBerry messenger bag. The fan league will also serve as a forum of sorts where users can engage in conversation with each other, and BlackBerry will also be posting images shared from super fans of their BlackBerry phones as part of a picture challenge. If you’re a BlackBerry super fan you can join via the source link below. 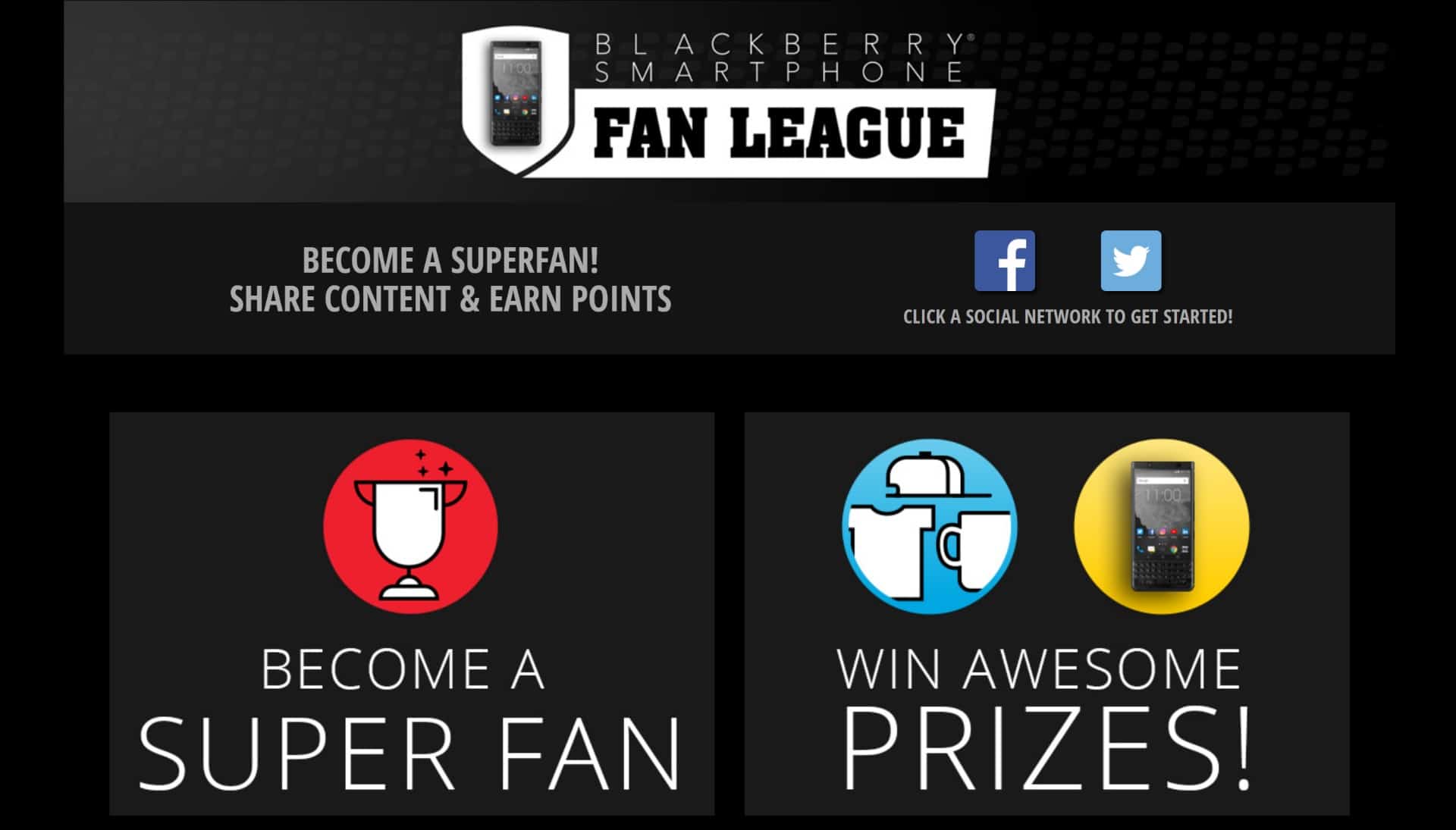