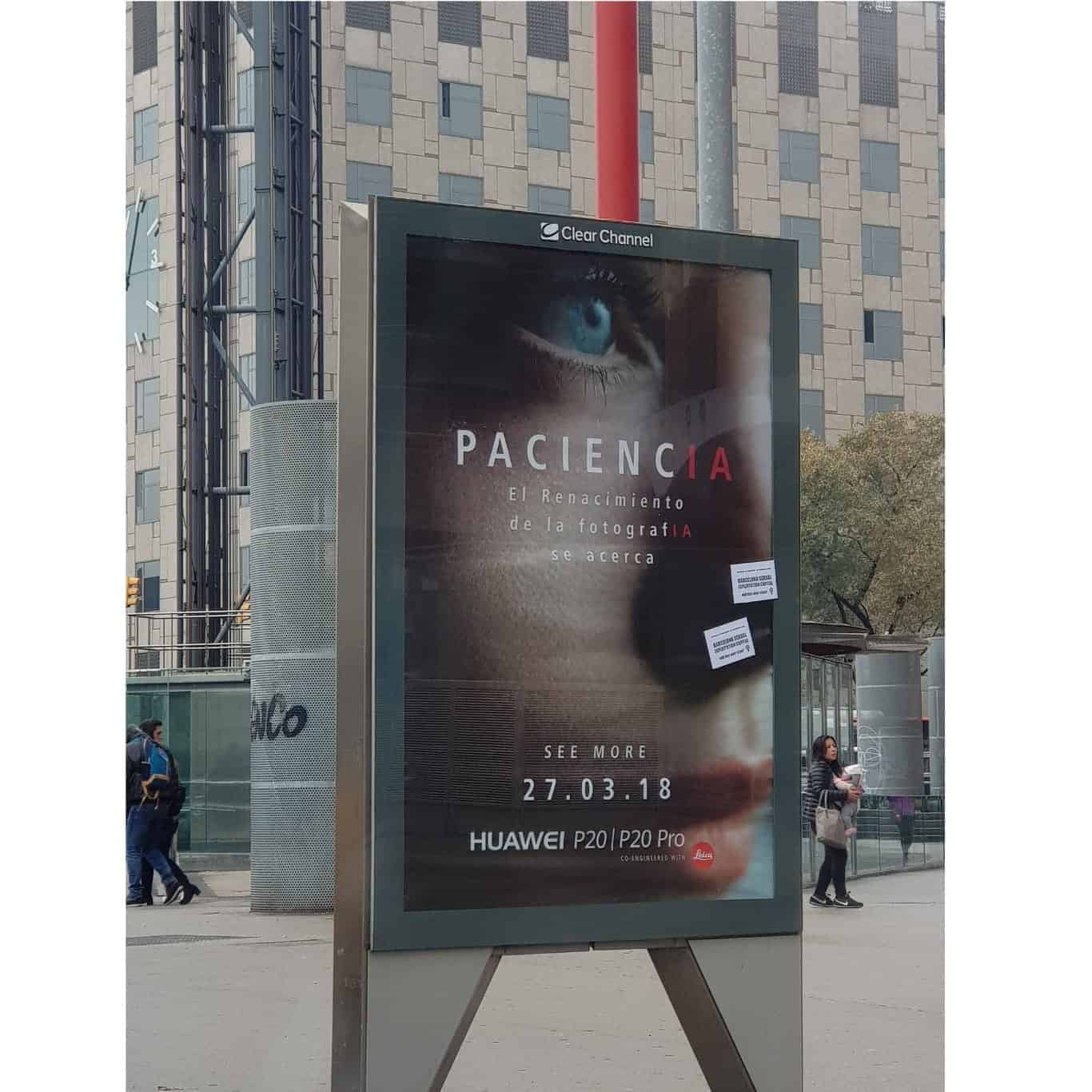 Huawei's executive teased the arrival of the Huawei P20 earlier today, and now a billboard for the company's upcoming flagships has surfaced. If you take a look at the image down below, you will see the billboard itself, which was spotted in Barcelona. In this billboard, a release date for the Huawei P20 is highlighted, and interestingly enough, the Huawei P20 and P20 Pro are mentioned, while the P20 Plus is missing altogether.

Huawei had scheduled a press conference for March 27, and pretty much everyone assumed that the company's P20 flagships will be announced during it. Well, that was confirmed about a week ago, and we've been seeing various teasers ever since. This is not the first time we're seeing the Huawei P20 Pro branding, but judging by this billboard, the P20 Pro name may replace the 'Plus' name altogether, so the P20 Plus will probably never launch. So, the company will probably introduce the Huawei P20 and P20 Pro on March 27, while there is a chance that the P20 Lite gets announced as well, even though that phone will probably arrive in April or May, as its predecessors did. The aforementioned billboard also teases Huawei P20's and P20 Pro's camera capabilities, while an AI aspect is also mentioned here. The Huawei P20 and P20 Pro will be fueled by the same SoC, the Kirin 970, Huawei's flagship processor which fuels the Huawei Mate 10, Mate 10 Pro and PORSCHE DESIGN Mate 10 smartphones.

Now, if leaked info is to be believed, the Huawei P20 will ship with two cameras on the back, while the Huawei P20 Pro will include three cameras on its back side. Leica's lenses will be a part of the package yet again, and it seems like both phones will be made out of metal and glass. The Huawei P20 will sport a front-facing fingerprint scanner, according to a recent leak, while the P20 Pro will either ship with an in-display fingerprint scanner, or will not sport it at all, as that sensor was not placed on the back of the P20 Pro's render which surfaced quite recently. Take all this info with a grain of salt, though, as there's no way we can confirm those leaks are legit.