Vivo debuted a smartphone that was indeed different from the competition.

At Mobile World Congress last week, Vivo announced a rather interesting smartphone, in the Apex. Now, with it being a mobile trade show, there were plenty of other smartphones announced at the show. But what really made the Apex stand out was the very minimal bezels, and the fact that there was no notch here on this smartphone. Making it a great looking smartphone, and a futuristic looking one. Which is why it was named “Best of MWC” for 2018.

The Vivo Apex has a few really cool features here, but the one that really caught everyone’s eye was the retractable front-facing camera. So instead of having a notch on the front of the phone, like most smartphones seem to be embracing now, the camera is actually physically inside the phone. And to bring it out, just tap on the front-facing camera button in the camera app. Now it’s not the fastest to pop up, but it does pop up in under 8 seconds. So that might be a bit slow for taking a quick selfie, but it should still work just fine. And this allows Vivo to keep from needing to have a notch on the front of the device, which makes it look even cleaner. 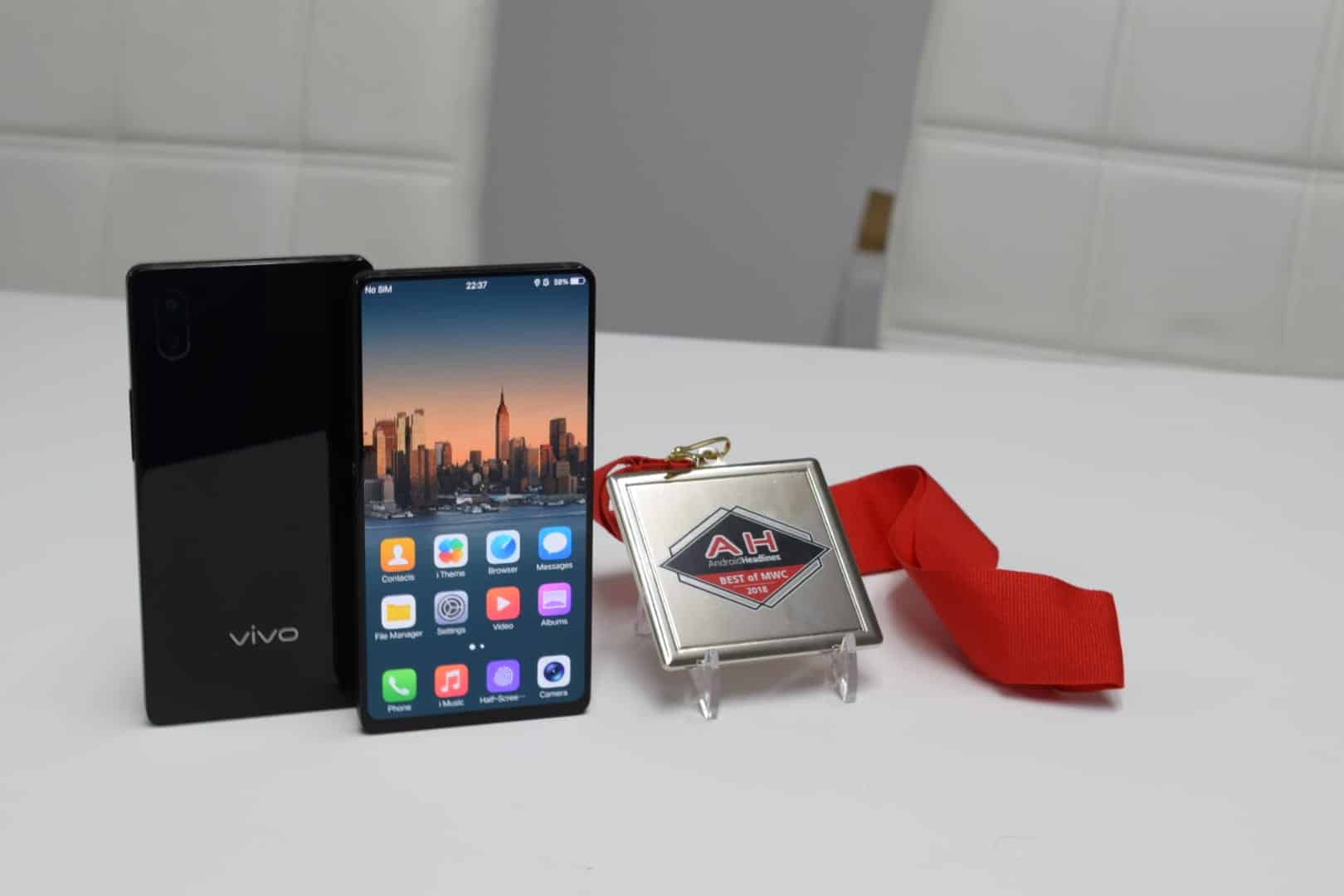 Now, the camera wasn’t the only interesting part of this smartphone, the display was also fairly interesting. Here Vivo used a 6-inch 1080p OLED display, but that isn’t even the interesting part. Instead, half of the display is a fingerprint sensor. That means you can touch half of the display to unlock your phone using your fingerprint. This did seem to work really well in our hands on, and it was pretty quick. Vivo also added in a few ways to unlock the phone using your fingerprint, including using a finger from each hand to unlock the device, which is also pretty cool. This is a continuation on from the tech that the company used in its X20 Plus UD, announced just a few weeks ago – and was shown off by Synaptics at CES.

Vivo says that the Apex is a concept device, and it’s pretty clear why. Making a smartphone like the Apex is not going to be easy, nor inexpensive. With the fingerprint sensor inside half of the display, and the retractable front-facing camera. So the Vivo Apex will not be going on sale anytime soon. But the company has not ruled it out entirely. A concept device isn’t really anything new, it’s something other industry’s have been doing for quite some time, and the Vivo Apex is the only concept device at MWC this year, which made it a contender for the “Best of MWC” award. That and it does a lot of things that many smartphones users have been wanting. That includes smaller bezels with a larger display, getting rid of the notch, and still having a top notch experience. Now the next step for Vivo is to get it into mass-production, but that might be a bit, since the hardware did need some fine-tuning and of course the software as well.