HMD Global showed that it can create an incredibly well-designed smartphone with the Nokia 8 Sirocco.

Mobile World Congress was home for the debut of a slew of new smartphones this year, as expected. Since the show is indeed called Mobile World Congress. Nokia, or more specifically, HMD Global, announced a slew of new smartphones this past week in Barcelona. But the one that really caught our eye was the Nokia 8 Sirocco. This is the company’s high-end device, and it won our “Best of MWC” award this year.

HMD Global used a curved front and back on the Nokia 8 Sirocco, which actually makes it look a lot like the Galaxy S6 Edge from a few years ago. Specifically because the sides are a bit sharp, and not smooth and rounded like newer devices with a curved display. The display is a 5.5-inch pOLED display, and it actually looks really good in person, photographs don’t really do it much justice. You’ll find top-notch specs inside this smartphone which makes the Nokia 8 Sirocco a great device, and definitely a high-end smartphone. The Nokia 8 Sirocco also has a pretty large battery inside, that should keep it going all day long and then some. 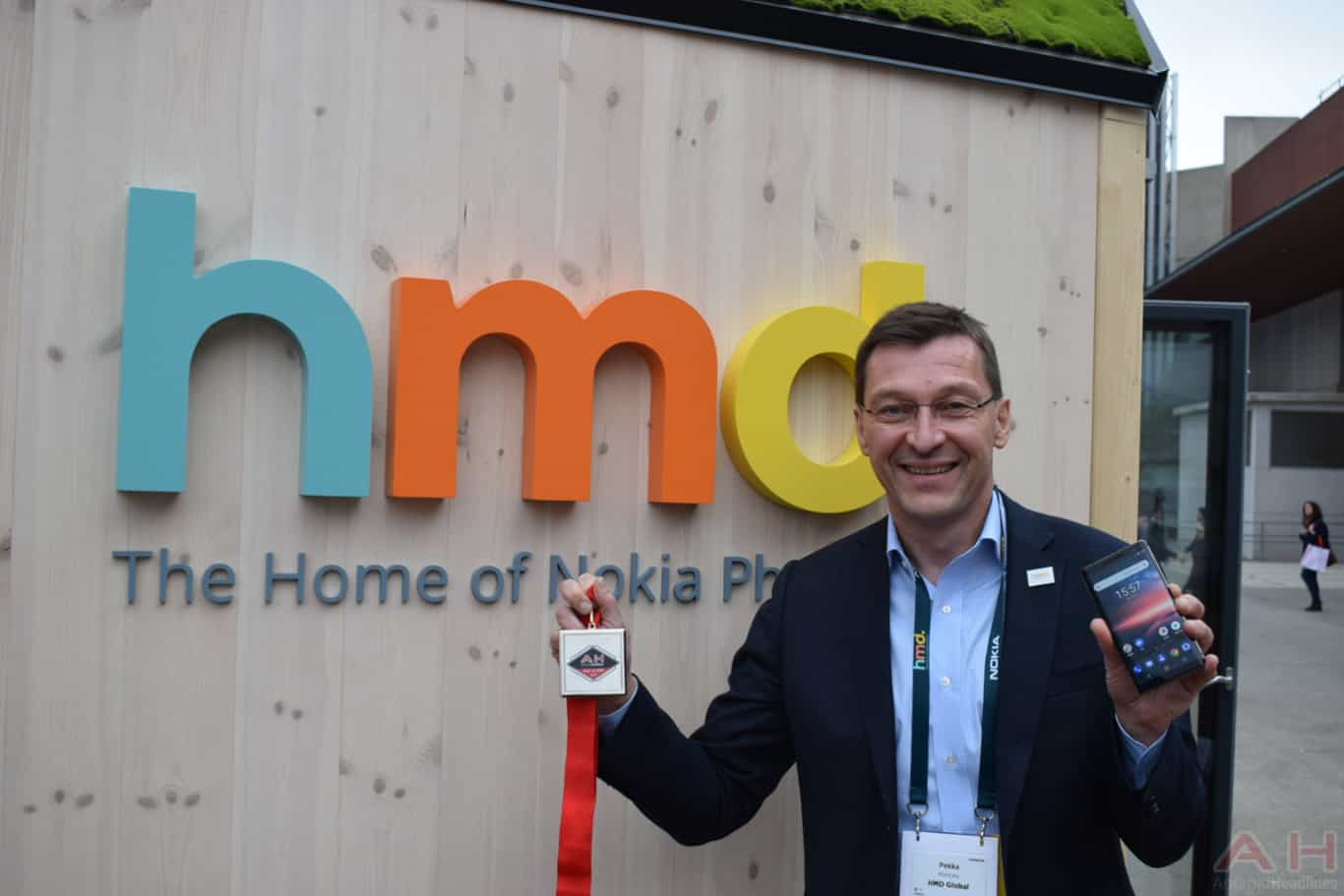 The Nokia 8 Sirocco got a lot of attention at MWC this year, largely due to the fact that the company announced that all of its smartphones are Android One devices now. What does that mean exactly? Well, it means that you should get quick updates, you get stock Android (something HMD Global has been doing since it launched Nokia phones a little over a year ago), and there’s also very little pre-installed apps here. It’s perhaps the Android One device with the highest specs on the market right now. That’s a good thing, from a user perspective. Seeing as HMD Global’s software team is not as large as Samsung or LG’s, which means that being a smaller company, it can still push out updates relatively fast – as it has over the past year or so.

We got a chance to go hands on with the Nokia 8 Sirocco at Mobile World Congress this past week, and it was definitely impressive. While it has familiar features, design-wise, it still looks and feels unique. It also has a dual-camera setup, with a 12-megapixel sensor and then a 13-megapixel telephoto camera on-board. Which should give users a rather unique camera experience – seeing as the telephoto lens or secondary lens is usually the same megapixel-count or slightly lower, and not higher as is the case here. HMD Global is also using Carl Zeiss lenses here on these cameras, which are usually used for mirrorless cameras (typically Sony’s lineup of Alpha mirrorless cameras), so you should have a pretty amazing camera here.

HMD Global hit all of the boxes with the Nokia 8 Sirocco, which made it a winner of our Best of MWC award at the trade show this year. From the pretty incredible camera, to a new design compared to the original Nokia 8, and bringing out some top-of-the-line specs even if it isn’t running the very latest Qualcomm chipset. It’s still a great device to pick up and use, and it should be launching here very shortly.