A couple of weeks back, ASUS announced its ZenFone 5 series at MWC 2018, which may soon get a new entrant in the form of the ZenFone 5 Max. The phone with model number ASUS_X00QD has appeared on Geekbench suggesting some of its specifications and an imminent launch, possibly in the coming weeks. According to the specifications mentioned in the listing, the alleged ZenFone 5 Max will come powered by Qualcomm’s Snapdragon 660 processor, that is usually seen inside upper mid-range smartphones. The handset has a RAM capacity of 4GB and will come running Android 8.0 Oreo out of the box. This hardware and software blend allowed the device to achieve a score of 1,518 points in the single-core test and 5,386 points in the multi-core test.

This is the second time that the ZenFone 5 Max has leaked bearing its model number ASUS_X00QD. It first leaked in January when it received certification from the Wi-Fi Alliance. Only a couple of particulars have been covered by this Geekbench listing, while the phone’s battery capacity is still not known. ASUS' Max lineup under the ZenFone series is known for its significantly larger batteries with last year’s ZenFone 4 Max, for example, boasting a 5,000mAh battery. With a similar-sized battery, this year’s ZenFone 5 Max is expected to borrow design elements from the ZenFone 5 that sported a display notch and a nearly bezel-less design. When launched, it will join the ASUS ZenFone 5 series that currently includes the ZenFone 5 Lite (ZenFone 5Q), ZenFone 5, and the ZenFone 5Z.

Except for the Lite variant, the other two devices under the ZenFone 5 series embrace a display notch and have their rear cameras aligned vertically, similar to the iPhone X. Alongside the ZenFone 5 series, ASUS had also introduced the ZenFone Max (M1) at the Mobile World Congress this year which features an entry-level hardware along with a battery of 4,000mAh capacity. The device has a 5.7-inch display in an 18:9 aspect ratio with an HD+ resolution of 1,440 x 720 pixels and it boasts the Snapdragon 430 processor. 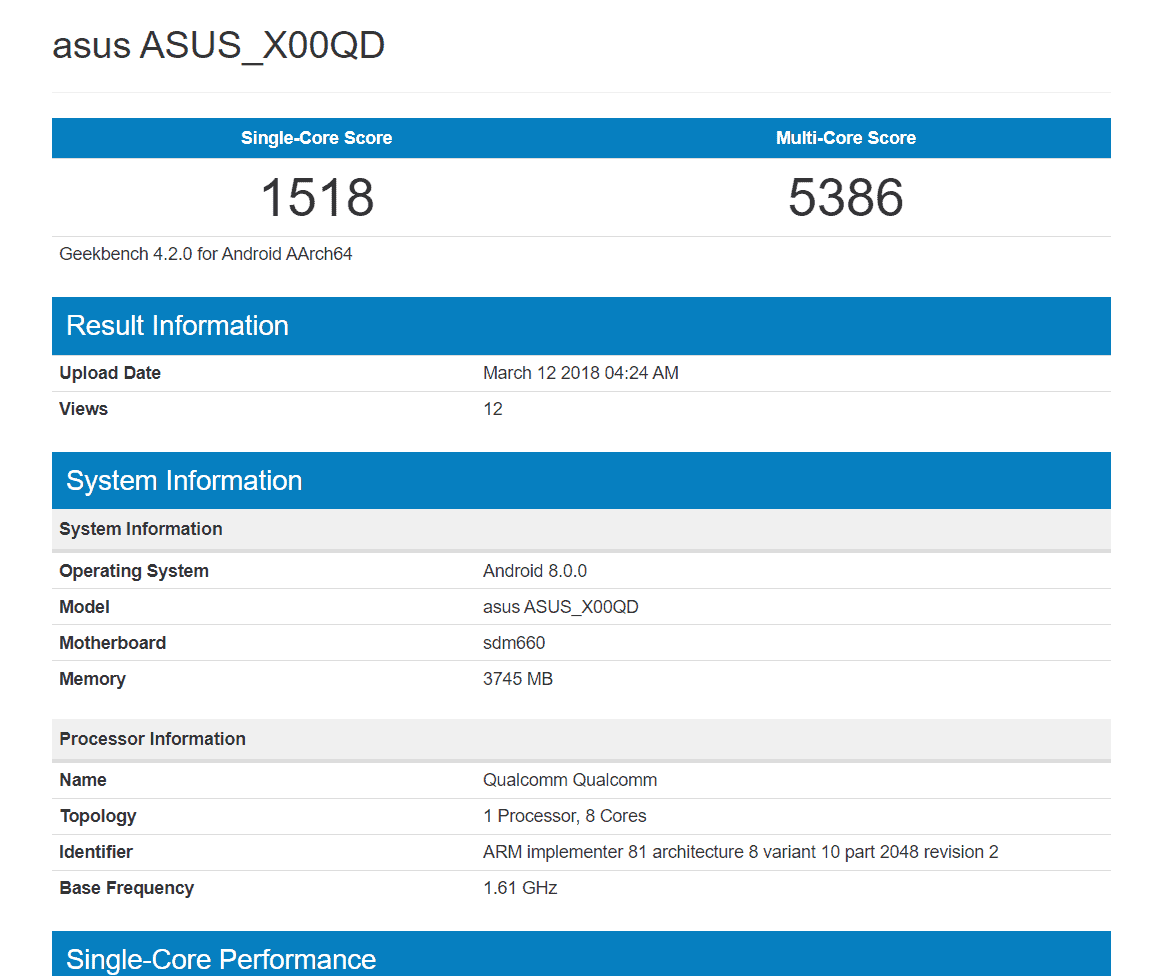 Advertisement
Trusted By Millions
Independent, Expert Android News You Can Trust, Since 2010
Publishing More Android Than Anyone Else
17
Today
17
This Week
397
This Month.
397
This Year
110580
All Time
Advertisement