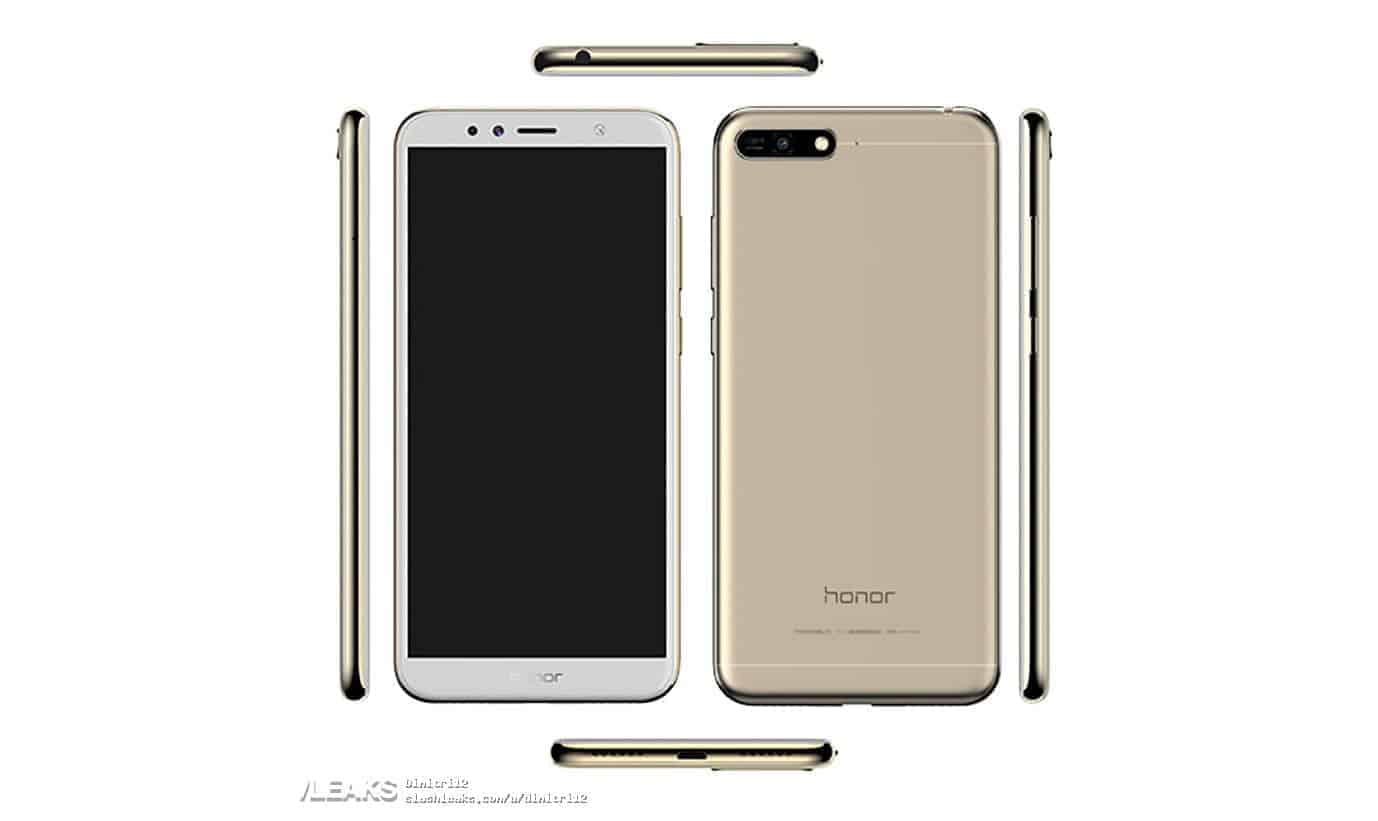 A new leak provided information regarding the specifications of the Honor 7A, including an image detailing the design of the upcoming smartphone. According a premature China Telecom listing, the Honor 7A will sport a 5.7-inch display with a resolution of 1440 by 720 pixels and an aspect ratio of 18:9. Based on the image seen above, the Android handset will have dual rear cameras and a dual-LED flash, in addition to lacking a physical home button and a fingerprint reader. The bottom of the device contains a microUSB port for charging and data transfers, while the top of the handset includes a 3.5mm headphone jack.

According to the same source, the device will be powered by the Snapdragon 430 chipset from Qualcomm, with the silicon itself being comprised of an octa-core ARM Cortex A53 CPU which can run at a maximum frequency of 1.4GHz, as well as the Adreno 505 GPU. The handset will include 3GB of RAM and 32GB of internal flash storage, although the leak did not provide any information on whether the device will support microSD cards. The dual rear cameras of the device will reportedly include one 13-megapixel sensor and a 2-megapixel module. Meanwhile, the front-facing camera of the Honor 7A will have an 8-megapixel sensor, as per the same listing which also mentions a 3,000mAh battery.

According to the leak, the Honor 7A will weigh 150 grams and be 152.4 x 73 x 7.8mm in size. The phablet is also expected to have Android 8.0 Oreo pre-installed, although it is likely that Huawei's EMUI will run on top of Google's operating system. The handset will be unveiled on March 30 and will reportedly be priced at 1,499 yuan, which translates to around $238 at the current exchange rate. Honor's parent itself is planning a major product announcement tomorrow when the company is arriving in Paris in order to unveil the P20 and P20 Pro, its latest Android-powered flagships, the latter of which is expected to sport a triple-camera setup.