Android Oreo has finally come to the T-Mobile Samsung Galaxy S8 and Galaxy S8 Plus and has started to roll out to users of both devices on the U.S.’ third-largest wireless network. The upgrade file is simply massive, coming in at just over 1.5GB, so this is definitely a file you’ll want to download when your device is connected to a Wi-Fi network. You’ll want to do this for two reasons, one of them being that it won’t eat away at your 4G LTE data limit for the month, the other being that Wi-Fi will probably result in a faster download, which means you can install the new software version faster.

With the Galaxy S8 and Galaxy S8 Plus on T-Mobile finally moving forward to Android Oreo there are quite a few software changes to be had, such as the new Samsung Experience user interface which is reaching version 9.0 along with this release. Since this is Android Oreo software that also means it will bring along Android Oreo’s native Picture-in-Picture mode so you can run small windows of applications like Google Maps or YouTube on top of other screens, though it should be noted that this doesn’t work for many applications yet as the feature has to be implemented by the developers.

Oreo also introduces changes to lock screen for notifications, ushering in added color to the icon and some of the text for notifications when displayed on the lock screen in ambient display mode as they come in. The update also includes stability improvements and bug fixes as all updates generally do, so the overall user experience with both phones should be noticeably better than before the update. It is possible that even with the update beginning to roll out to users over the weekend, some may not have seen the update alert come in yet. if that’s the case for you, you can always check manually to see if the update is available from the About Phone section in the settings menu. 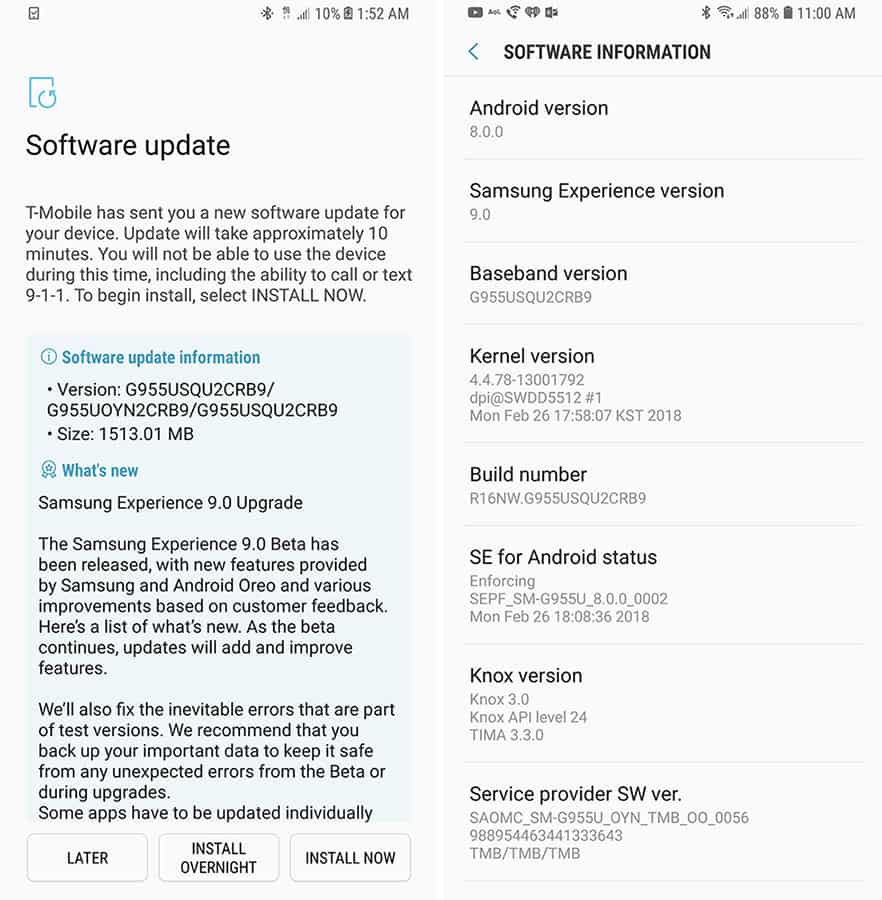