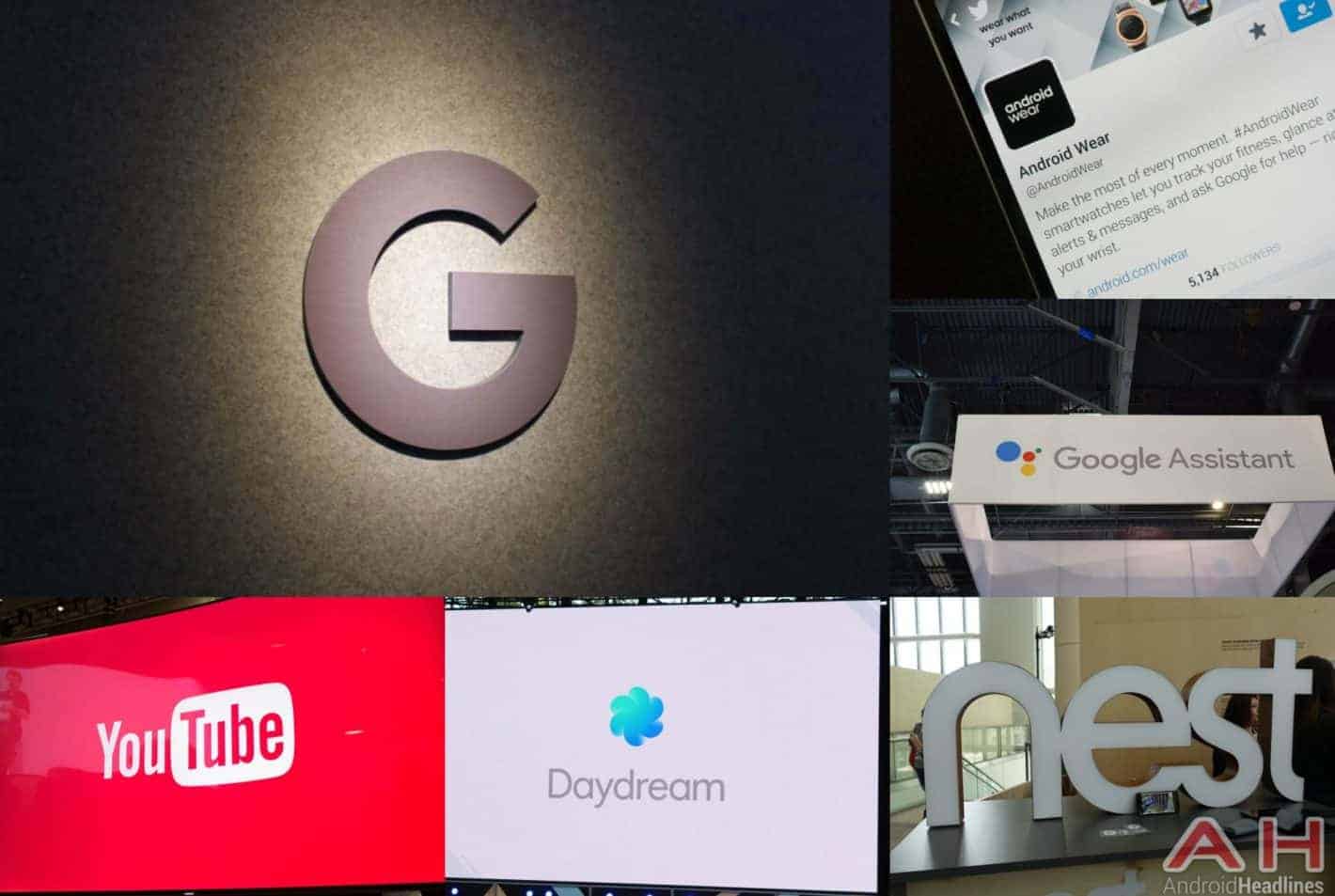 Google is often accused of rebranding its services and products far too often. An accusation which does have some grounding considering how many times a rebrand or renaming has occurred in recent years. While these changes do lead to some confusion and even the suggestion that Google is confused on what it offers and/or where it is going, the more you delve into the topic, the clearer the naming starts to become. Sort of. As there are still one or two outliers which offset against the perceived naming logic and the most recent of which is the latest rebranding announcement – the one where Android Wear became Wear OS by Google. However, to really understand what Google is likely doing with its constant rebranding, one first needs to break down what Google primarily offers at the market level: hardware, services, and operating system(s).

Google at the hardware level

Hardware is technically one of the newer avenues Google has opened up as in spite of programs like Nexus having been around for some time, the more recent hardware launches have represented products that are by Google – irrespective of whether they really are manufactured by Google. So this is one of the easier naming areas to understand as while some of these products run on Android, if they are hardware-based in general then they are not branded as Android. For example, in the hardware department, there are the likes of the Google Pixel smartphones, the Google Pixelbook Chromebook, Google Pixel buds, Google Clips, Google Daydream VR headsets, Google Glass, and of course, the Google Home line of audio hardware solutions. While these names do all differ somewhat, the common factor is the “Google” branding which precedes all product line naming. Therefore, if it is hardware, and regardless of whether it's Android-powered or not, it will be branded as Google.

Google at the products/service level

Technically speaking, everything Google offers is a ‘product,’ and one that ultimately is designed to lead back to its main product – Search. Though in the context of this exercise, “product” specifically refers to apps and services provided as over-the-top (OTT) offerings. As this is another area where there is a clear naming distinction. Basically, if it is available in an app form, then the chances are, like hardware, it will be branded as Google. For example, Google Play, Google Calendar, Google Cast, Google Classroom, Google Chrome, Google Docs, Google Earth, Google Express, Google Fit, Google Hangouts, Google Home (the app), Google Keep, Google Maps, Google Photos, Google Sheets, Google Slides, Google Translate, Google Trips; it goes on. Another way to understand this distinction is whether or not the product/service is dependent on Android, as all of those just listed are accessible via other platforms (on iOS or through desktops). Therefore, and in spite of Android being the primary method of delivery for most, if not all of these services, they are Google-branded products and separate from Android. This is likely one of the reasons why Google Assistant launched as it did instead of some derivative, such as Android Assistant or Assistant for Android as Google had most likely anticipated from launch that its Assistant would be available on a very wide number of products outside of Android.

On a side note, this also likely why Android Pay was first launched as Android Pay before becoming one of those subject to a rebrand in the form of Google Pay. Although it originally launched as a dedicated mobile payment solution for Android smartphones, it has since evolved beyond the Android ecosystem.

Google at the OS level

So in spite of the numerous changes, this has remained fairly static with anything running on a version of Android, labeled as such. Which makes the most recent Wear rebrand a little more interesting. In its announcement, Google did make it clear that Android Wear was going through this name change as means to represent how the platform is for everyone. While that makes sense if you are an iPhone user who also owns a smartwatch powered by Android Wear, it doesn't change the fact that Android Wear is indeed powered by Android. Therefore, this has put a real spanner in the works so to speak with the general understanding of how Google names things. On one side of the fence, it makes sense for the Android Wear app to be renamed as Wear OS – as we have already discussed that access to an OTT service that is not dependent on Android devices often denotes non-Android branding – but on the other side of the fence, the actual platform remains Android-related. This also raises questions of whether Android Things will indeed remain branded as such. As while it is certainly an Android-based platform (as is Wear OS), the end-user experience is unlikely to be perceived as Android. After all, this is IoT with a number of Things-powered devices being low-powered offerings and lacking an end-user operating system. In fact, Android Things did originally get announced as Brillo and there is a clear suggestion Android was only adopted for familiarity reasons during the development stage. However, if, and it is an if at the moment, Android Things becomes more prevalent at the market level, there is the question of whether it will retain the familiarity of the Android name. Wear OS would now suggest a name change is almost certainly coming. For example, Things OS by Google or Google Cloud Things.

With Google Wear OS now proving to be an outlier due to it being powered by Android, it is worth taking a moment to address some of the other out-of-place names. One of the most obvious is YouTube as this is a service and one which is cross-platform accessible and therefore would naturally fit more in line with the Products/Services category and in turn would make more sense to be referred to as Google YouTube. Though, it isn't. What’s more, as YouTube has recently been expanding, this outlier is growing at a concerning rate for renaming purposes. For example, there is now also YouTube Gaming, YouTube Kids, YouTube Music, YouTube TV, and YouTube VR. It could be the case that YouTube is just so vast of an ecosystem in itself that Google does not want to mess any further with its naming. Although, it does still remain an outsider when looking at Google's general approach to naming.

As does Nest. Now, this is more of an issue compared to YouTube as Nest is a new purchase in Google’s history and therefore is more likely to be subject to a future renaming of some sort, especially considering Nest products are hardware products and ones that are clearly sold as ‘by Google’ devices. For example, it is currently the only product line that appears on the “Google Store” which does not boast the Google branding. So, if the assumed Google naming logic is as it is described here, then it seems inevitable Nest has to at some point go through a rebranding. What is less clear is whether it will be a direct rebranding (as seen with Wear OS) or whether Nest will just be absorbed by another Google division/department, resulting in the Nest name being completely discontinued. Of course, the other option for Google is to just sell Nest, though even that might be a little more difficult than expected as Alphabet has reportedly tried selling Nest before. Speaking of Alphabet, the argument can be made that as Nest migrated over to Alphabet when Alphabet was formed, it is no longer a Google branding problem in general. Though, from a market branding perspective, Nest sticks out like a sore thumb – while for financial reasons it is an Alphabet-managed "other bet," it is promoted at the consumer level as a Google product company.

What have we learned, if anything?

Well, it would seem that in spite of a perceived lack of naming direction, there is some logic behind what Google is trying to do at a branding level. It is making things simple in the sense that if it is Android-based, it is Android-branded, while if it is cross-platform-based or hardware-related then it is Google-branded. With the exception of a couple of outliers that Alphabet/Google is unlikely undecided on what to do with at the moment. For example, does it leave the behemoth that is YouTube as it is? Should Nest be sold or absorbed by another department? When will Android Things be adopted widely enough to drop the Android moniker? These are the questions Alphabet and Google will need to answer before any name change occurs.