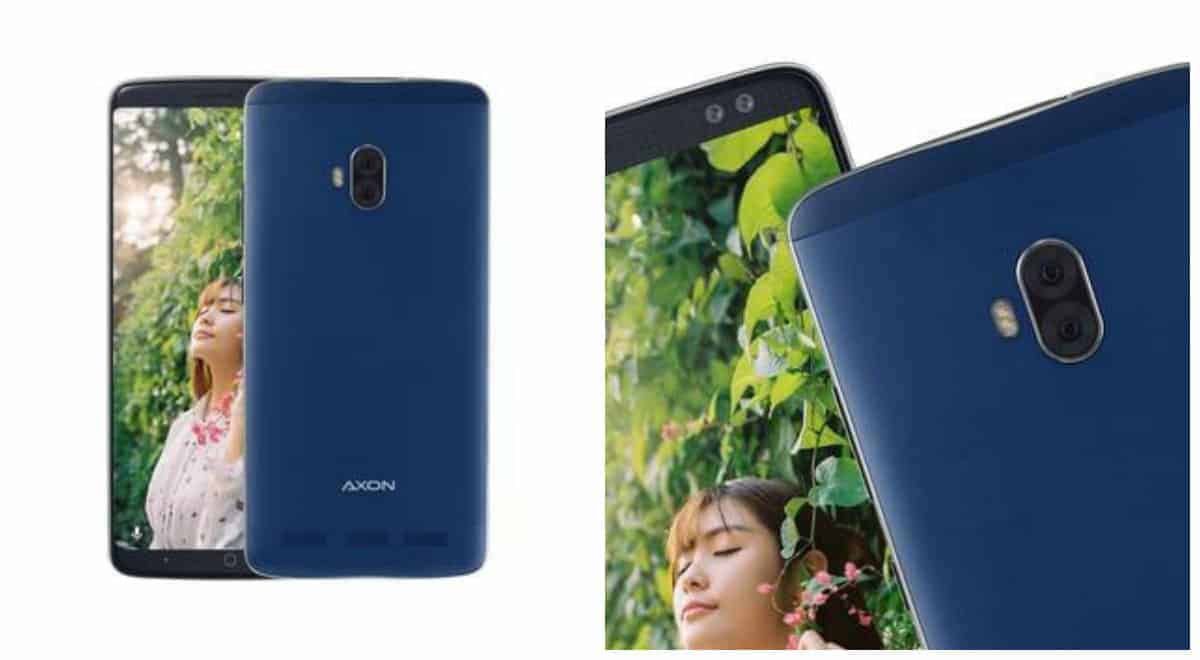 In any case, the newly-leaked renders come from Weibo, and they show off a metal-clad handset which sports a set of capacitive keys below the display, which makes this design look suspicious out of the gate. This handset does sport thin bezels, and its display comes with rounded corners, but those capacitive keys don’t exactly look convincing, not only are they included here, but the display seems to be a bit too close to them. A dual camera setup is placed on the back of this phone, and it protrudes a bit, while a dual-LED flash sits next to those two cameras. The ‘AXON’ branding is placed on the back of the device as well, while a fingerprint scanner is nowhere to be found. It is possible, presuming this leak is accurate, that the company plans to utilize an in-display fingerprint scanner by Synaptics, just like Vivo did in the Vivo X20 Plus UD. The backside of this phone is curved on the sides, and it seems like there are two cameras included on the front side of the device as well.

Now, the source claims that the ZTE Axon 9 will sport a 6-inch QHD+ (2880 x 1440) AMOLED display, while it will be fueled by the Snapdragon 845 64-bit octa-core processor. The device will ship in 4GB and 6GB RAM variants, while 64GB, 128GB, and 256GB storage models will be available. Android Oreo will come pre-installed on the ZTE Axon 9, while a 20-megapixel snapper is mentioned as the phone’s rear-facing camera, though the other camera on the back is not mentioned by the source. It is still unknown when is ZTE planning to launch the ZTE Axon 9, but if it arrives in the same time frame as the ZTE Axon 7, then you can expect to see it launched mid-year.