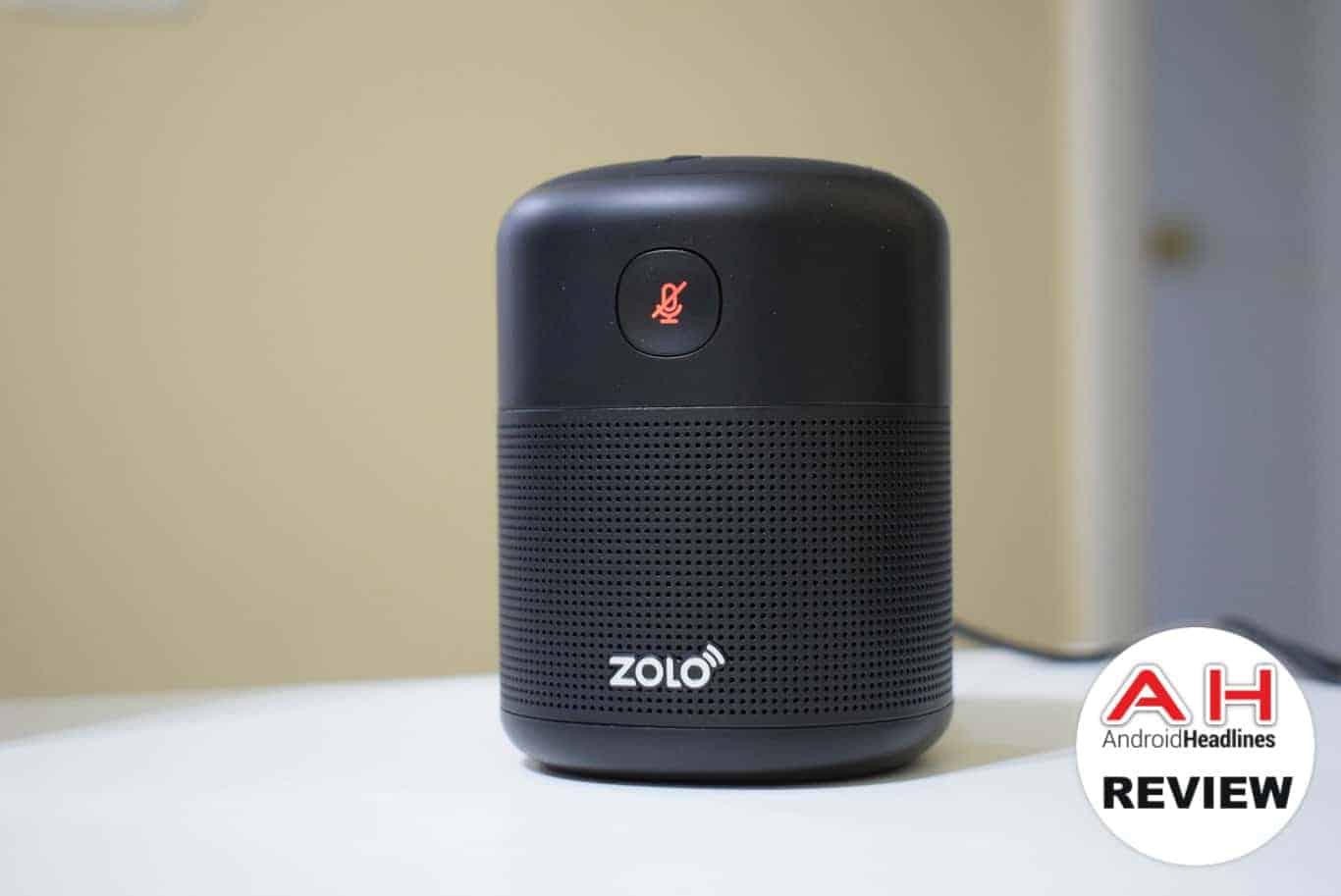 Anker's sub-brand, Zolo, has created an Alexa speaker to rival the Echo Dot.

Zolo, which is Anker's brand for audio products, recently released a new smart speaker. And that was the Zolo Halo. It was announced shortly after CES, and it's the sub-brand's first Alexa-powered speaker. Sure there was the Eufy Genie, which is part of another sub-brand at Anker, but the Halo is a better version of that. It's a bit more expensive, with a better speaker, and a few other tricks up its sleeve. So let's take a look at the Zolo Halo. 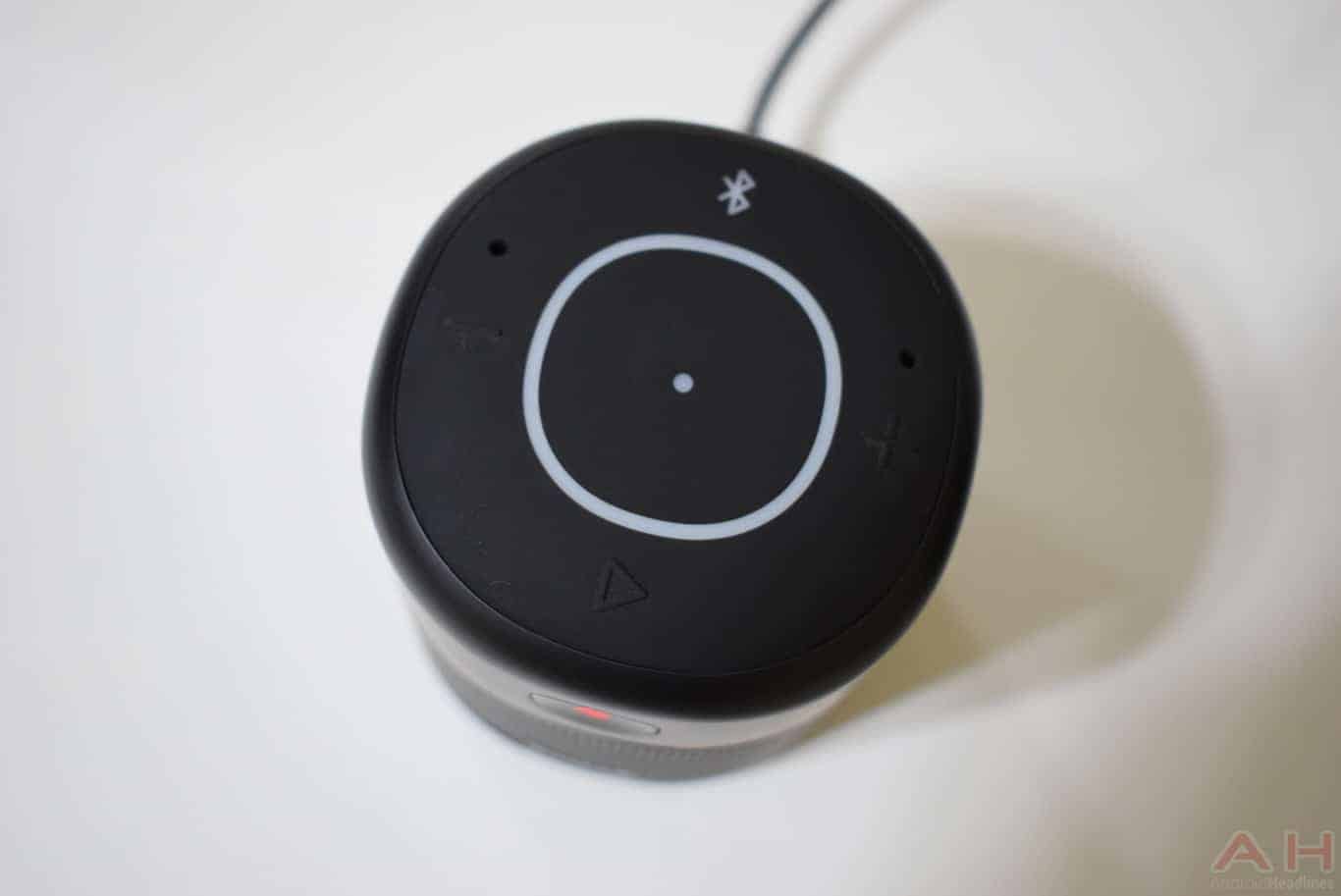 The hardware on the Halo isn't going to blow you away, meaning it's not as high-end as something like the Echo Plus or even the Sonos One, both of which are far more expensive and larger than the Halo. Instead, it is made of plastic, but what really makes the Halo great in the hardware department is the soft-touch top, where all of the buttons are located. This makes it easier to touch the buttons for turning off Bluetooth, adjusting volume and such. Otherwise, it's just a taller Echo Dot that is available in black.

On the top of the Halo, you'll find volume buttons on the left and right, towards the back is a Bluetooth toggle button and a play button towards the front. The center is where you'll find the Alexa button, with a ring around it that will light up once you mention Alexa's name. On the front, there is a mute button, which is a really nice touch. Putting it front and center, so if you don't want Alexa to always be listening for that trigger phrase, you can turn it off. On the back, you'll find the power supply, and a 3.5mm jack, so you can plug in another speaker if you wish to do so, and get better audio quality from the Halo.

Overall, the hardware here is really good for the price. And while it will be priced at $59.99 regularly and be $10 more than the Echo Dot, it does offer up better sound quality, and will likely be marked down quite often – which is normal for Anker and its products. 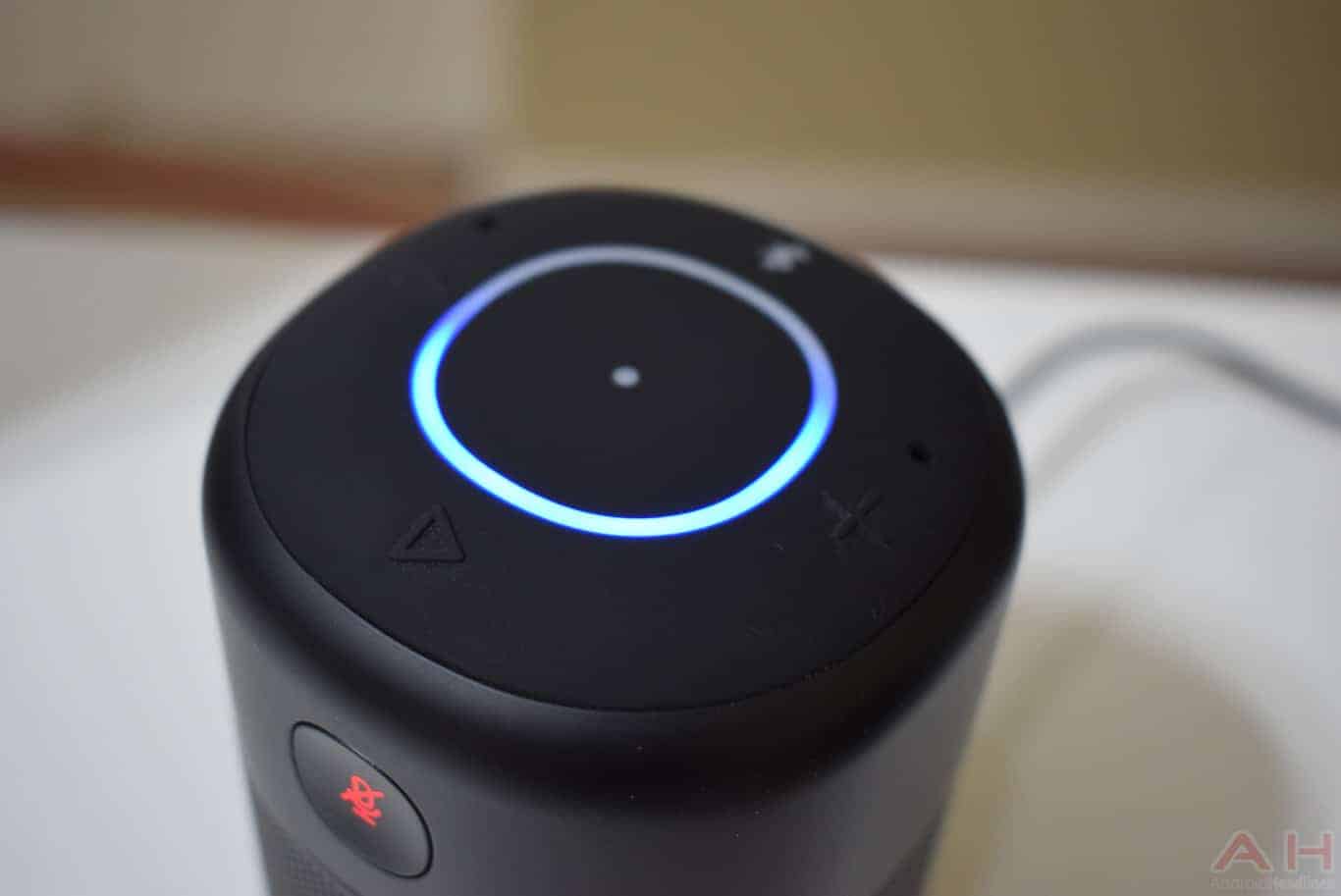 Since this is an Alexa-compatible speaker, Zolo did need to create an app for you to setup the Halo, since you can't do it through the Alexa app (like you could with a Google Assistant speaker, set it up in the Google Home app). So the app for the Halo isn't that great, but it does its job. The app will really only be used for setting up the Halo initially, which is pretty simple, and the Halo actually gives you verbal cues as to what is happening. The app itself does have a few other features, and it appears to be trying to mimic the Sonos app, by bringing all of your music into one app. You can set up different music services like TuneIn, iHeartRadio, Spotify, TIDAL and many others, and then control it all within the app. But since this is an Alexa speaker, you'll likely just use your voice to tell the speaker to play a specific playlist or song on your favorite streaming service. During the review, we didn't actually use the app at all other than to initially setup the Halo.

When it comes to Alexa's features, everything you'd do on an Echo Dot or another Alexa speaker works here. With one big caveat. You cannot do calls and text messages with Alexa on the Halo. That appears to be exclusive to Echo devices right now (which means the other third-party models out there are unable to do this as well, so it's not a Zolo shortcoming). Otherwise, you'll be able to ask Alexa to stream your music, ask her the weather and much more. The Halo is also a bit easier to talk to, as it can hear "Alexa" better than the Eufy Genie could, and doesn't get a lot of false positives (meaning, begins listening even when you didn't say Alexa or anything similar to it). 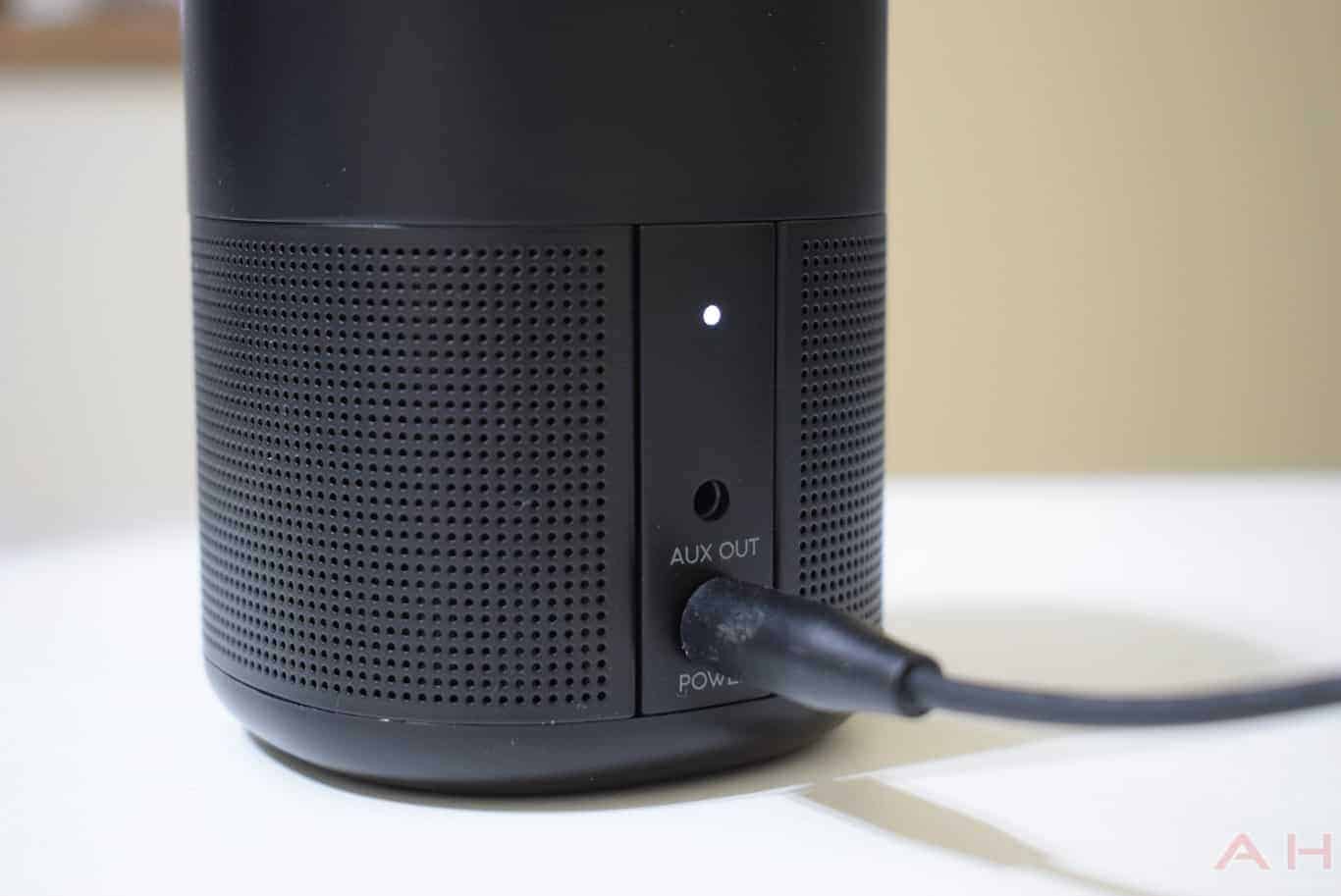 A speaker of this size will never blow you away with its audio quality. It's just not possible. Having said that, the audio quality on the Halo isn't that bad. It's slightly better than the Echo Dot, which isn't saying a lot. As per usual with Anker and Zolo products, the bass is not that heavy, and in some bass-heavy songs, you may have trouble even hearing the bass. While the mids and highs are pretty good. So all in all, there are better options for Alexa-enabled speakers that output better audio, of course those will cost you more cash. But if you want to put Alexa everywhere in your home, the Halo is a good option. 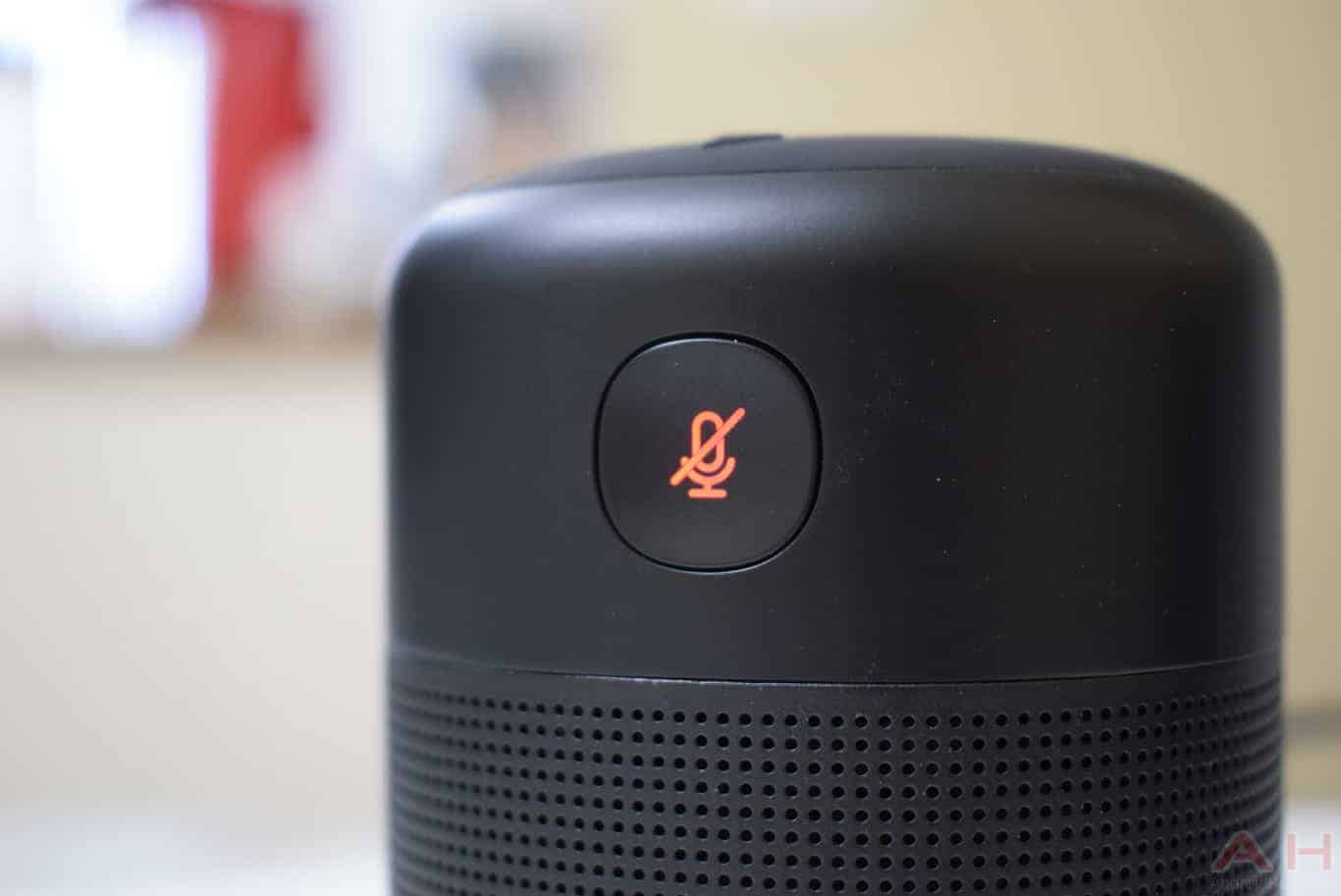 The Zolo Halo is a better Echo Dot, unless you need calling and texting with Alexa. Otherwise, the Zolo Halo checks all of the right boxes when it comes to comparing it against the Echo Dot. Now yes, the regular price will be slightly more than the Echo Dot, but it will likely be on sale quite often, and at $39.99, it's a better buy. With the Zolo Halo, Anker makes it easier for you to bring Alexa into more rooms throughout your home, which is definitely nice. The biggest feature here on the Zolo Halo, over other Alexa-enabled speakers, is definitely that mute button. Now that's not to say that others don't have a mute button. But they can be in places that are hard to find. For example, many speakers put the mute button on the back, which is not a place you'll see often. But by placing it on the front of the Zolo Halo, it's right there in your face.

Anker is selling the Zolo Halo for $59.99 normally, but it will likely drop in price quite often – as Anker typically does with its products. It initially launched at $39.99, so it could drop back down to that price in the coming weeks. It is sold exclusively at Amazon, which you can pick up the Zolo Halo using the link below.

Advertisement
Buy the Zolo Halo
Advertisement
Trusted By Millions
Independent, Expert Android News You Can Trust, Since 2010
Publishing More Android Than Anyone Else
0
Today
175
This Week
282
This Month
4266
This Year
105743
All Time
Advertisement