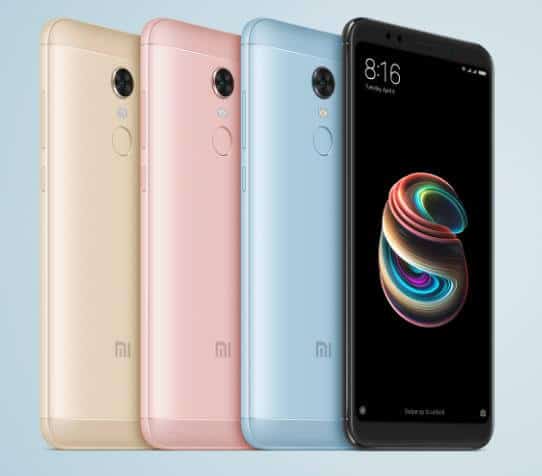 Xiaomi has just announced the Redmi Note 5 in India, and it turns out that it’s not just a rebranded Redmi 5 Plus. The Redmi Note 5 is a completely new smartphone, and India is the first market that Xiaomi decided to announce it in. This handset comes with rather thin bezels, while its display sports rounded corners. The Redmi Note 5 look considerably different than the Redmi Note 4, at least its front side does, and a set of on-screen buttons is also included here, just like on the Redmi 5 and Redmi 5 Plus, as it seems like Xiaomi is looking to ditch capacitive keys altogether.

A 12-megapixel snapper (1.25um pixel size, f/2.2 aperture, PDAF) is placed on the back of the Redmi Note 5, while a 5-megapixel camera (f/2.0 aperture) can be found on the phone’s front side. An IR blaster is also a part of the offering, while the phone comes with a 4,000mAh non-removable battery. Android 7.1.2 Nougat comes pre-installed on this smartphone, along with Xiaomi’s MIUI 9 skin. The phone measures 158.5 x 75.45 x 8.05mm, while it weighs 180 grams. The Redmi Note 5 comes in Black, Gold, Rose Gold and Lake Blue color variants, while the two models of the device (3GB and 4GB RAM variants) are priced at Rs. 9,999 ($156) and Rs. 11,999 ($187) in India. During the press conference, it was announced that the phone will be available exclusively from Flipkart soon, while a regular silicone case will ship inside of the phone’s retail box.

UPDATE: first (flash) sale for this smartphone will kick off on February 22.