The rumored Xiaomi Mi MIX 2S smartphone has just surfaced yet again, it seems like the phone popped up on AnTuTu, this time around. We’ve exclusively reported that the Xiaomi Mi 7 will not launch at this year’s Mobile World Congress (MWC) in Barcelona, and even though the Mi MIX 2S probably will not launch at the tradeshow either, as Xiaomi does not plan to make any major announcements in Barcelona, the device could be announced in the near future at a separate event, probably in China.

The Xiaomi Mi MIX 2S rumors and leaks have been popping up for quite some time now, and even though we’re still not convinced that the phone actually exists, a new listing seems to prove it does. The Xiaomi Mi MIX 2S is expected to be a more powerful variant of the Xiaomi Mi MIX 2 which was announced last year, and the device is expected to ship with the Snapdragon 845 64-bit octa-core SoC, Qualcomm’s all-new flagship processor. Now, if you take a look at the image down below, you will be able to see a screenshot of the Xiaomi Mi MIX 2S’ AnTuTu test, which was shared by @Universeice on Twitter. The Xiaomi Mi MIX 2S comes with a codename ‘polaris’, and it managed to score 270,461 points on AnTuTu. Do keep in mind that the phone has not been listed under its real name, the Mi MIX 2S, but the listing only says ‘polaris’, though if rumors are to be believed, that is a codename of the Mi MIX 2S.

Some leaks that surfaced actually showed alleged pictures of the Mi MIX 2S, and if that info is to be believed, the device will sport a notch at the top of the display, though it may be wise to take such info with a grain of salt, as those images could have been fabricated rather easily. If this smartphone exists, and the company has plans to release it, there’s a good chance that it will resemble the Xiaomi Mi MIX 2, it is even possible that its design will remain unchanged, but we’ll see a more powerful hardware included in the package. Other than the Snapdragon 845, the phone is rumored to ship with 6GB / 8GB of RAM, and a 6-inch display with an 18:9 aspect ratio. 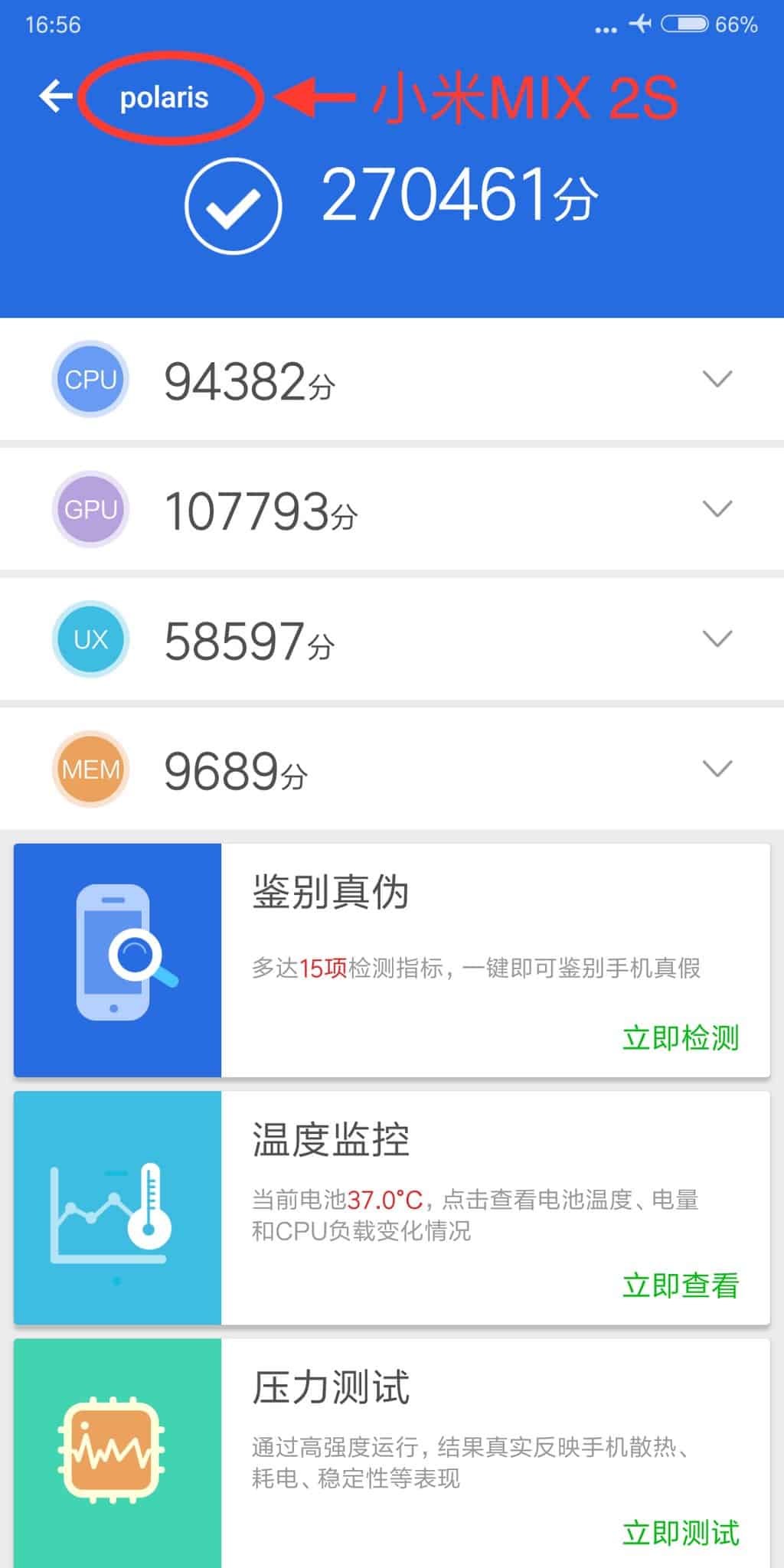