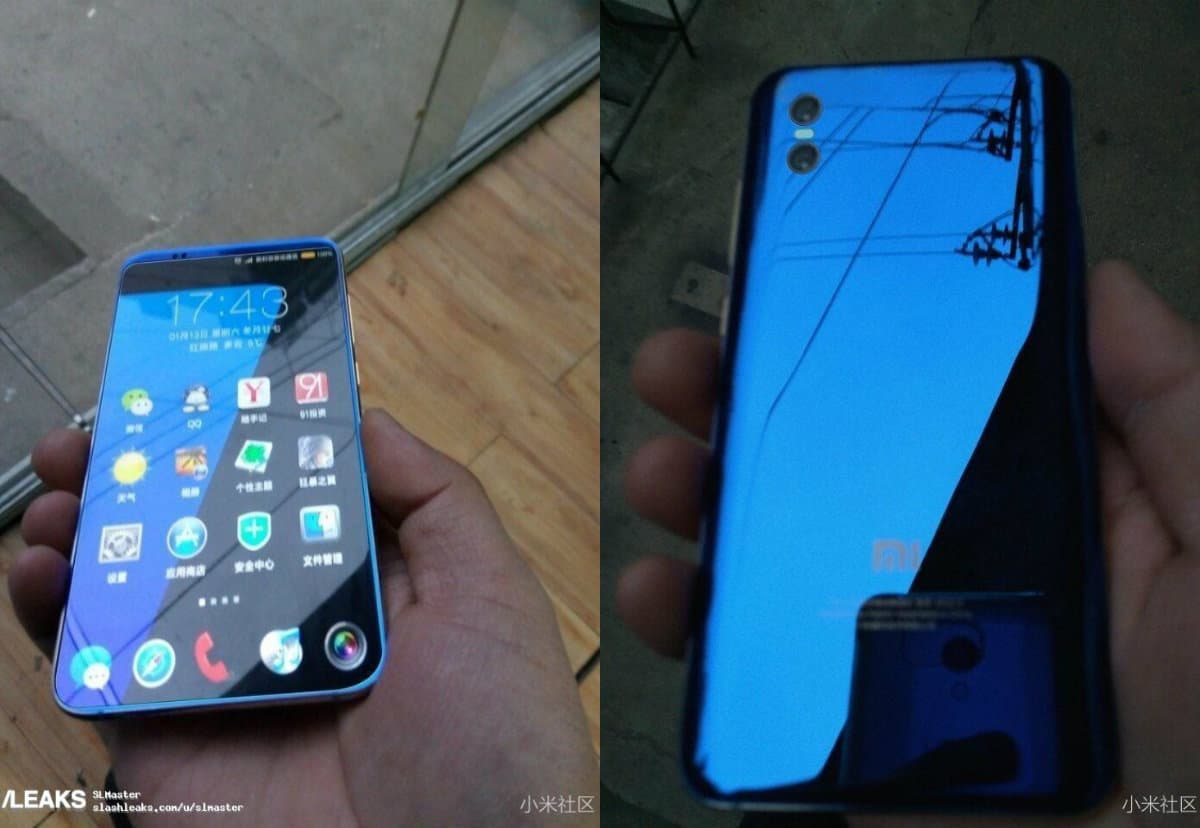 The Xiaomi Mi 7 will not be announced during this year’s Mobile World Congress (MWC), but it will probably land in March or May, and a couple of new images have just leaked, showing off the alleged Xiaomi Mi 7 handset. These are real-life images we’re looking at here, and they’re actually showing off both the phone’s front and back sides. Truth be said, software that runs on this phone does seem a bit weird, but it’s possible that it’s MIUI with a theme on top of it, as the icons look a bit odd across the board.

In any case, as you can see, this phone comes with really thin bezels, it is basically bezel-less all around, except for the fact it has a thin ‘forehead’ above the display. The phone’s display sports rounded corners, and this is quite a curve we’re looking at here. All the physical keys can be found on the right-hand side of this phone, and the device seems to be made out of metal and glass. On the back of the phone, you will notice a dual camera setup, and a dual-LED flash which sits in-between those two cameras. Xiaomi’s logo is located on the back of the device as well, and the back side of the phone is curved, similar to the Xiaomi Mi 6, actually. It is possible that this phone is the Xiaomi Mi 7, but do take this leak with a grain of salt, as we’ve seen a number of similar leaks thus far, and anything is possible at this point.

Xiaomi’s CEO had confirmed earlier today that the Mi MIX 2S will be announced on March 27, so chances are that the Mi 7 will arrive in April, or maybe even May, as it’s highly unlikely Xiaomi plans to introduce two flagship devices that close one to the other. In any case, the Mi 7 is expected to ship with a 5.5-inch fullHD+ (2160 x 1080) display, at least according to latest rumors, and the device will be fueled by the Snapdragon 845 64-bit octa-core processor. The device will pack in 6GB of RAM, quite probably, though an 8GB RAM variant is also a possibility. Wireless charging will be a part of the package, which was confirmed earlier this year, and the device will probably ship with Android Oreo, on top of which you’ll get the company’s MIUI 9 skin.