Since its inception a few years ago virtual reality has become a mega platform for content creators and companies seeking to provide consumers with some really cool experiences, from gaming to movies to short and sweet action-packed videos of daring stunts. While perhaps not the first time a larger corporation has done so, Pepsi is tapping into virtual reality to help consumers relive old ads, by way of making a new ad that you actually view through the lenses of your virtual reality headset. The ad, which you can view right now, is part of Pepsi's commercial campaign for the upcoming Super Bowl.

It plays on nostalgia and will likely make some consumers reminisce about enjoying a Pepsi in the past, as it takes you through a virtual re-telling of some of Pepsi's older and most iconic commercials that have been on air. It's an interesting take on advertising a product as it not only wants people to remember Pepsi's older commercials but it wants consumers to feel like they were actually a part of them, by placing them in the commercials through the immersive nature of VR. Of course you'll need a VR headset to view these in their intended form, unless you'll be attending the big game this weekend as Pepsi has a pop-up VR station outside U.S. Bank Stadium where the public will be able to put on VR headsets and view the ad there. Part of that ad can be viewed in the image below. 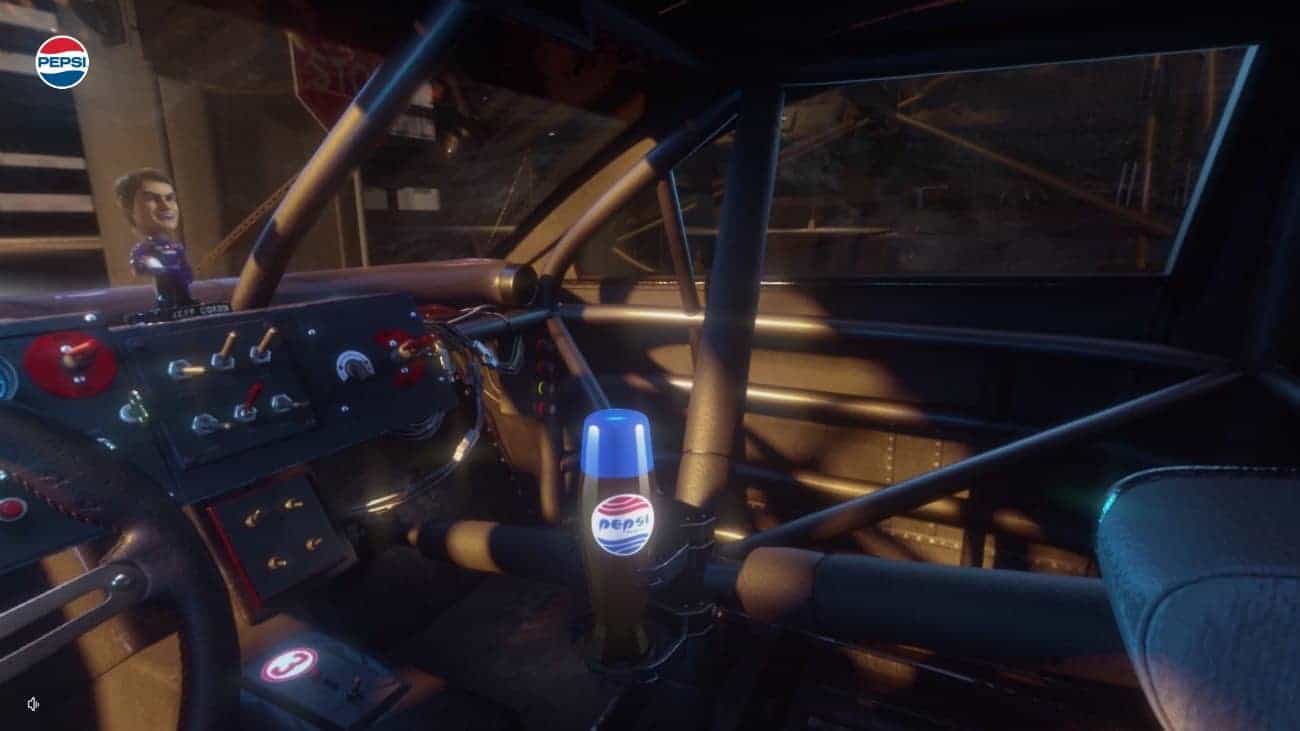 While this sort of seems like a no-brainer for a corporation looking to reach consumers in various markets, it also raises some questions about the state of virtual reality and whether it will eventually be littered with advertisements for products just like other mediums, such as radio, television, and online videos. The very thought of it might actually upset or annoy some consumers, but from a company and marketing standpoint crossing over into the virtual space to advertise a product does make sense. VR is growing still and it's becoming more and more mainstream, and with that companies have a new opportunity to reach potential buyers. It's likely an inevitable situation as the bigger VR becomes, and the more people that have the hardware to support the technology, the more eyes there will be that could potentially be viewing ads through unique VR experiences like this one.

Something to keep in mind is that this Pepsi ad is also an experience that is essentially opt-in. It's not an ad that VR users will be forced to view. Rather it's set up and positioned as an experience that can be enjoyed at your leisure and by choice. So while it doesn't have to be viewed, it does help pave the way for more advertisements to make their way into VR as a new way of reaching consumers, and it's entirely possible that like every other medium VR could be a new playground for companies to push advertisements to consumers while experiences are being enjoyed live and in real-time. In fact some movie studios have technically already done this with VR experiences that were tied to upcoming films. So this could also be considered a way that companies have been advertising their products to consumers, as the experience might make them think about the film and if the experience was enjoyed then they might be inclined to go see the film. When you step back and think about it, advertisements are essentially everywhere, but experiences like this one do bring up interesting points about when companies will start to really fill up the platform with ads, as it's likely to happen and not a question of if, but when.