Vivo is to begin updating its smartphones to Oreo in April, starting with its X20 handset according to a post on the company’s forum. While the X20 is the only phone on Vivo’s list of handsets which is scheduled to get the update that actually has a date listed, the others are coming and even without exact dates Vivo is letting users know which phones will get the software at some point, and this is still good news for anyone who has or is planning to get a Vivo smartphone. That said, those with the X20 will not be moving to a stable version of Oreo just yet as April only marks the start of the beta push.

Other phones which have been confirmed to get the update to Oreo are the Vivo X20 Plus, the Vivo X9S, the Vivo Xplay6, the Vivo X9, the Vivo X9S Plus, and the Vivo X9 Plus. When the updated software begins to land on devices it will include Oreo-specific features like Picture-In-Picture mode, Google autofill across the system for passwords in apps, a quicker boot up time upon power cycling the phone, and more.

Vivo is also planning to release a new version of FunTouch OS, its user interface for its lineup of devices. This will be part of the Oreo software update for all the phones listed above, though right now, Vivo has not shared any information in regards to what the FunTouch OS version contains. There will likely be some new features coming that FunTouch OS doesn’t currently include, but at the moment it’s unclear what they will be. For those unfamiliar with Vivo, this is the company which recently and officially announced the first-ever device to come with an in-display fingerprint sensor, which is the X20 Plus and one of the phones on the list scheduled to get the Oreo update. It’s also reportedly gearing up to announce the X30, a new device coming with a display that is supposed to have extremely thin bezels to the point where they’re almost non-existent. Since the X30 hasn’t officially been announced it isn’t listed as getting an update to Oreo, though it will also likely come with Oreo software out of the box. 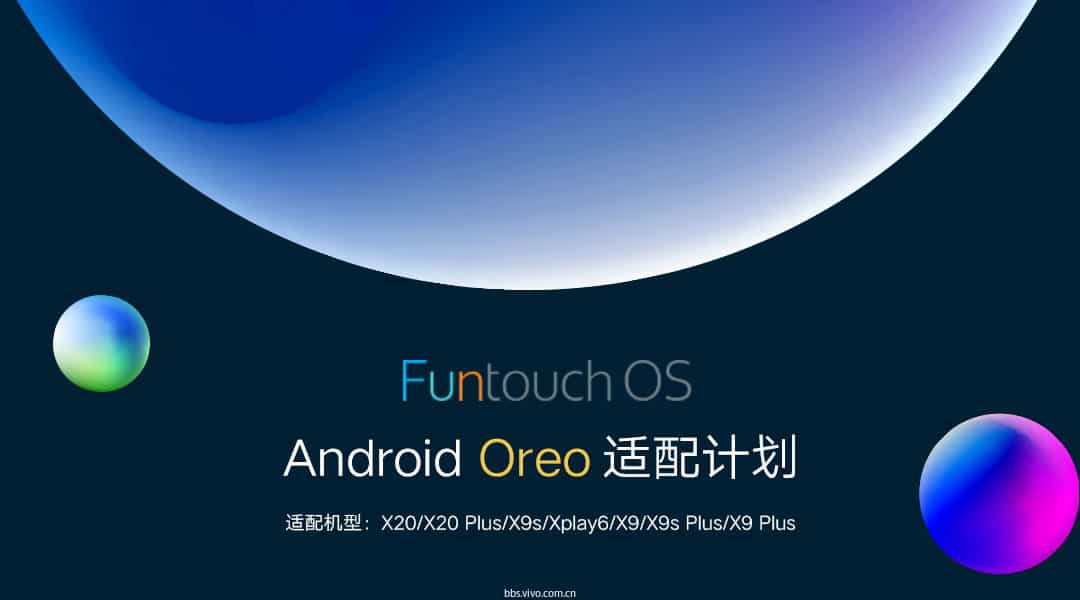