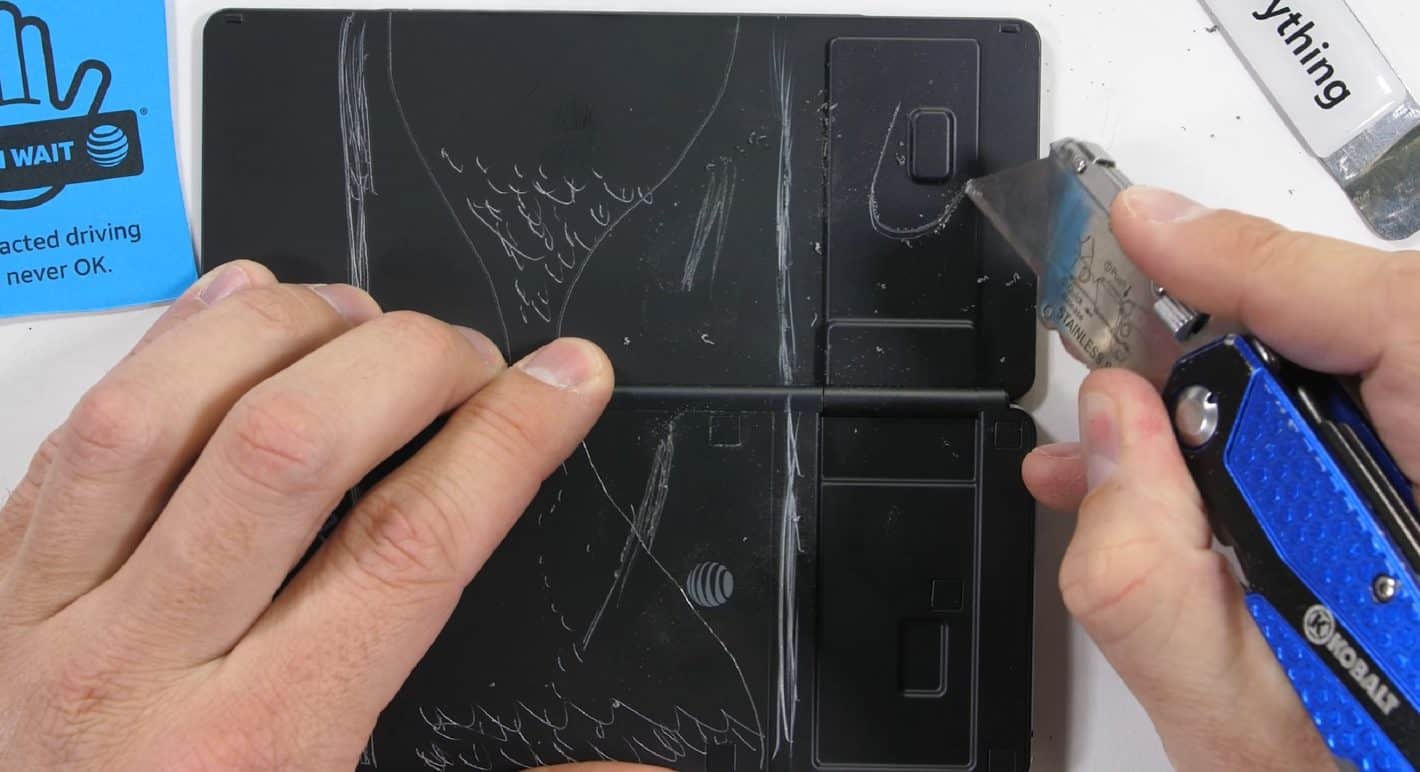 The foldable ZTE Axon M survived a significant amount of abuse with flying colors, having recently starred in one of Zack Nelson’s durability tests featured on his popular YouTube channel JerryRigEverything. Corning’s Gorilla Glass 5 and the metal frame of the device both managed to withstand conventional scratching that the phone could realistically be exposed to in everyday use and only suffered permanent damage when subjected to less likely real-world scenarios such as being attacked with a sharp scalpel. The phone also survived Mr. Nelson’s bend test when folded, though its hinge likely wouldn’t be able to do the same when the Axon M is folded out.

The two IPS LCD screens even managed to fully recover following exposure to an open flame for approximately eight seconds, whereas the side-mounted fingerprint scanner of the device still functioned even after being mutilated with a blade. The overall build quality of the Axon M has hence been deemed quality by the reviewer, with the device not showing any glaring structural weaknesses save for the hinge that’s connecting the two screens but also isn’t likely to be directly exposed to pressure in everyday use. Originally announced in October, the Axon M is ZTE’s first attempt at commercializing a foldable smartphone that’s sold exclusively by AT&T in the United States. The handset recently debuted in China and is also making its way to Europe, priced at approximately $700, depending on the market.

The dual-screen setup of the device is also its main selling point, though the product was met with a mixed response from critics due to its relatively high price tag despite shipping with a Qualcomm-made chip from 2016 – the Snapdragon 821. ZTE recently said the Axon M is only the first step in its efforts to commercialize a truly foldable smartphone and that more similar devices will hit the market in the future. The Chinese company is also expected to be among the first original equipment manufacturers in the world to release a 5G-ready handset, having recently revealed it’s planning to launch such a product as early as this year and no later than the first quarter of 2019.