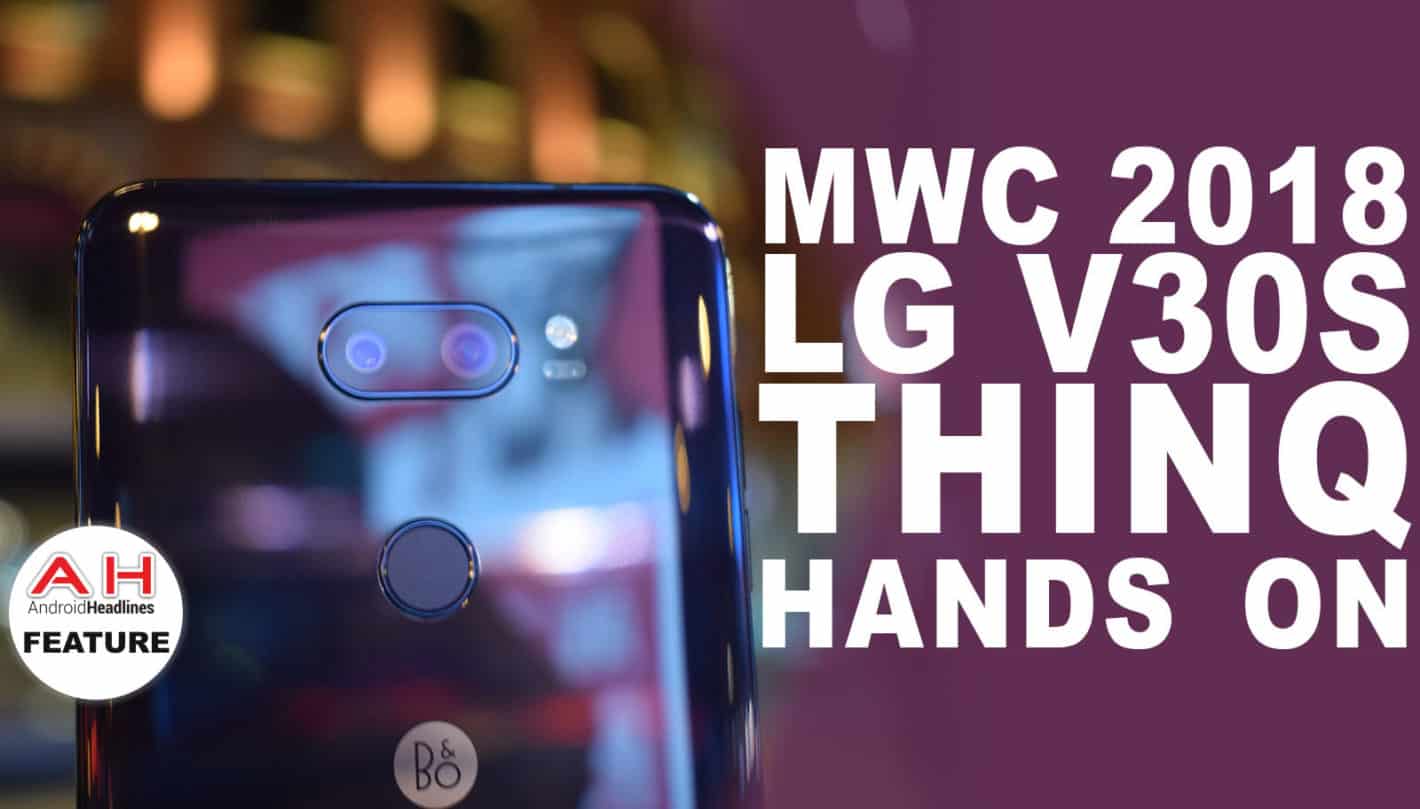 LG looks to be switching up things just a bit in 2018, and instead of launching a whole new flagship phone, it will instead be reinvigorating its best flagship in years. Sporting the same overall design as the V30 that was released last fall, LG is stepping up its color game by outfitting the V30S ThinQ with a brand new Moroccan Blue color that looks absolutely gorgeous from every angle, and a refreshed Platinum Grey color that’s darker than the original Silver V30. LG hopes these new colors will replace the aging black and white mantra that has bored consumers for years.

Inside is the same Qualcomm Snapdragon 835 SoC that shipped with the original V30, but LG has beefed up the RAM to 6GB in the V30S ThinQ, and even increased the standard storage amount to 128GB, still with microSD card support as well. The same beautiful essentially bezel-less 6-inch OLED display is included, and LG is citing it has improved the display over the V30 too. Android 8.0 Oreo will be shipping with the phone, big news for customers with the original V30 for sure, as that phone has yet to receive an Oreo update. This same update will be hitting the original V30, and includes a slew of new “AI features” as LG calls them, which take form over several new options. Google Assistant has received an update to work with LG’s ThinQ line of smart home products, and new commands will be available for those.

LG is also shipping the V30S ThinQ with a new QLens mode on the camera, which can perform visual searches of over 100 million objects, spread over 18 broad categories. This new QLens mode extends to the new AI Camera mode, which utilizes the same visual search engine to tweak pictures and video for different kinds of objects and scenes, much like an automated version of the Graphy marketplace that LG launched with the V30. LG is also adding a Bright Mode to the camera, which attempts to take in darker scenes and make them brighter and more detailed by scooping in multiple exposures and combining together. Check out the video below to see it in action!