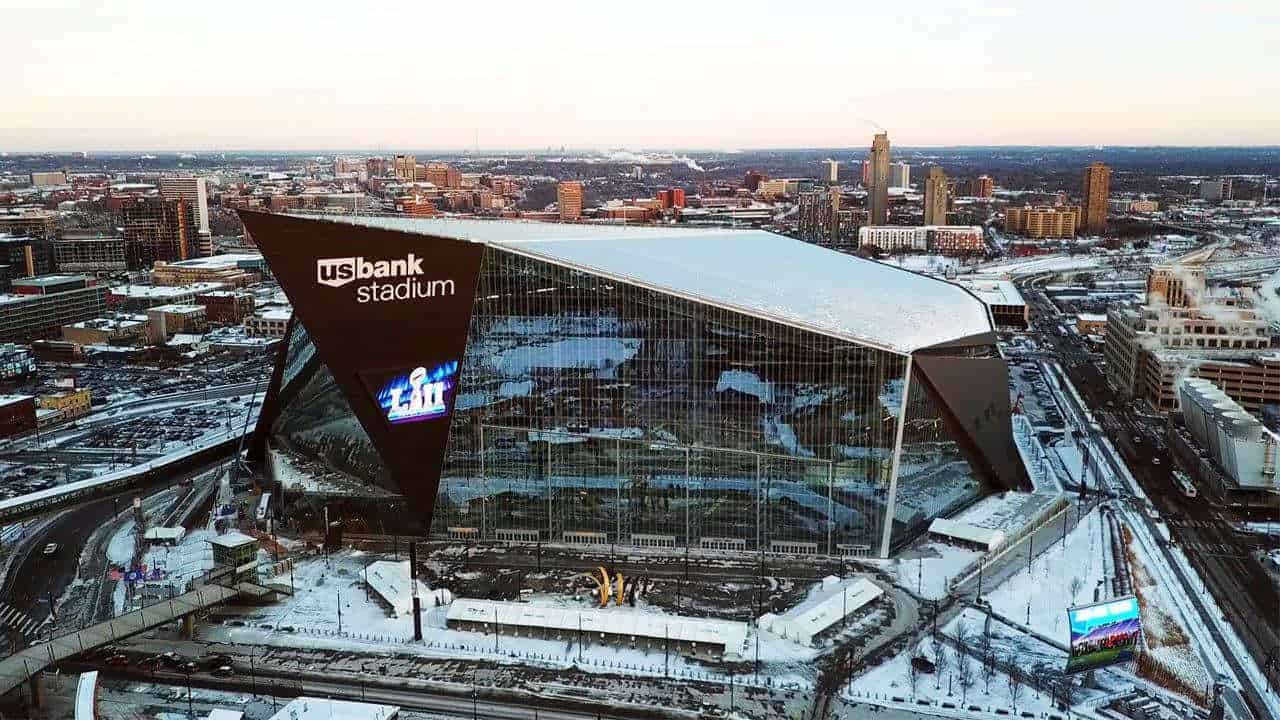 US carrier Verizon saw its customers in and around US Bank Stadium for Super Bowl LII use an incredible 18.8TB of data on game day. This amount of data is roughly equivalent to a single user binge watching HD video non-stop for over a year straight, to put it in perspective. One of the biggest factors that made this massive data haul possible is the fact that about 57% of Super Bowl attendees were Verizon customers, a full 12% improvement over last year's 45% figure. This year's large amount of usage also tops previous years by a wide margin; Super Bowl LI saw Verizon users eat through 11TB, while only 7TB was used in total at Super Bowl L.

The huge figures were powered by a few key data spikes throughout the Super Bowl. The first of those spikes was during the kickoff, when a large number of customers streaming video and browsing the web, presumably finishing up sessions that they started while waiting for the big game to begin. There was also a spike during the fourth quarter, when the Patriots made a fumble. The largest spike occurred during the halftime show, and was focused on social media, with lots of customers sharing the moment with their personal networks. Facebook and Instagram were key among the social network usage during the game, but something slightly interesting happened this year; despite arguably failing fortunes, Snapchat was the most used social media platform during the game, at least among Verizon customers. Social media in general was third among the top four uses for data by Verizon customers at the big game, with web browsing leading the way, video streaming in second place, and sports apps in fourth.

The data usage among Verizon users was made possible by the fact that the company's customers made up a majority of fans in and around the stadium on game day, but all of that was made possible at a baser level by Verizon's extensive network spending. The company spent some $612 million to permanently increase capacity and speed in the area of the stadium leading up to this year's Super Bowl. Additionally, the company had 150 staffers in a nearby command center to ensure everything went okay during the game.