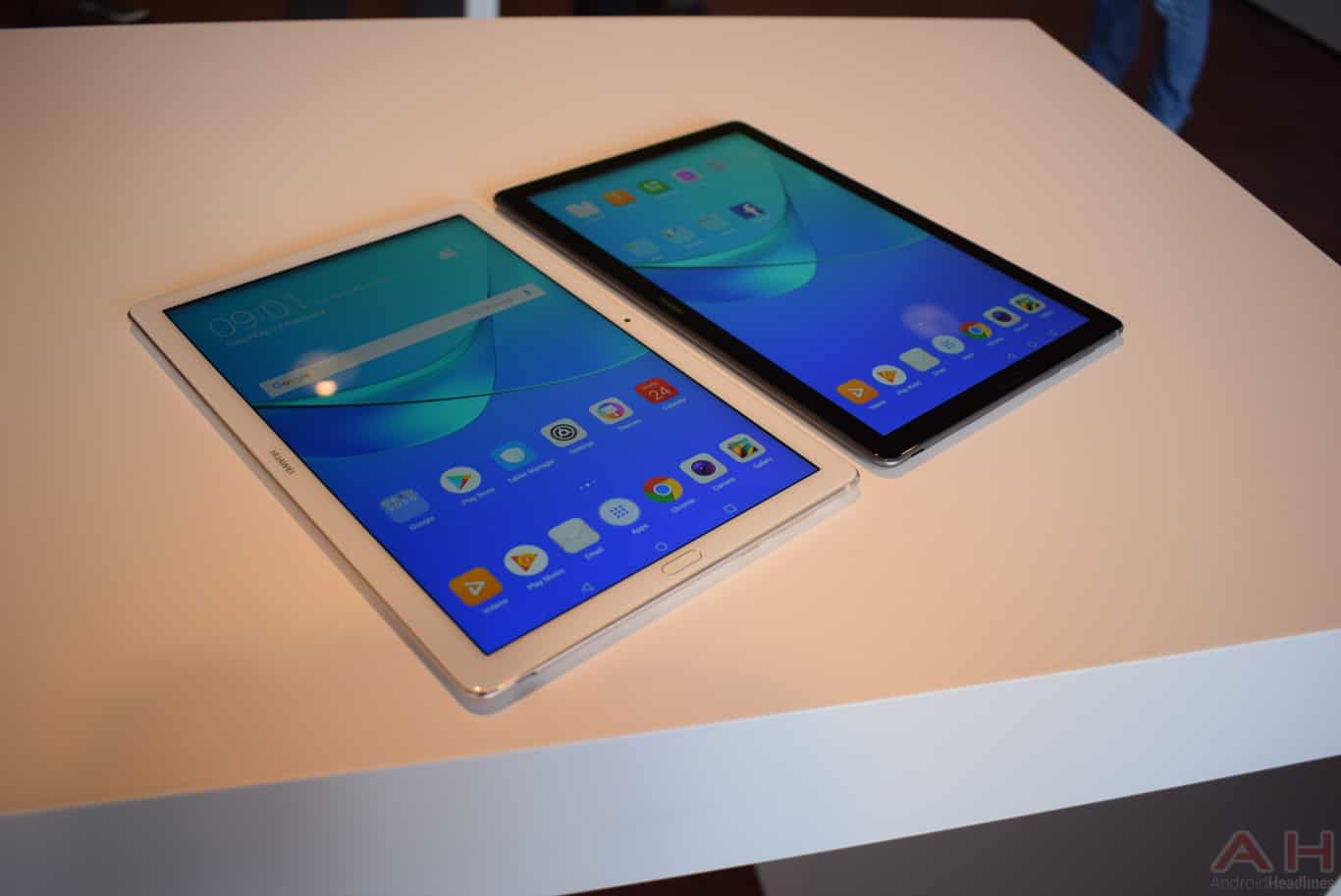 Huawei had introduced three new Android-based tablets at the Mobile World Congress (MWC) in Barcelona, and after covering the initial launch of these devices, we're here to take a look at their specifications. Huawei announced the MediaPad M5 8.4, MediaPad M5 10.8 and MediaPad M5 Pro 10.8, all of which are quite similar in terms of specs, but not identical. Before we begin talking about specs, it's worth noting that all three tablets are made out of metal, and they sport the same design. All three devices ship with a single camera on the back, and a front-facing fingerprint scanner.

The MediaPad M5 8.4 features a 5,100mAh battery, while the other two tablets come with 7,500mAh battery packs, and all three tablets offer 9V/2A fast charging, which you will be able to utilize through a Type-C USB port. A 3.5mm headphone jack is included on all tablets as well, while all tablets sport four speakers. Huawei's MediaPad M5 tablets will be available in Space Gray and Champagne Gold color variants. The MediaPad M5 8.4 measures 212.6 x 124.8 x 7.3mm, while it weighs 316 grams. The other two tablets measure 258.7 x 171.8 x 7.3mm, and weigh 498 grams. It is also worth noting that the MediaPad M5 10.8 comes with the M-Pen stylus.