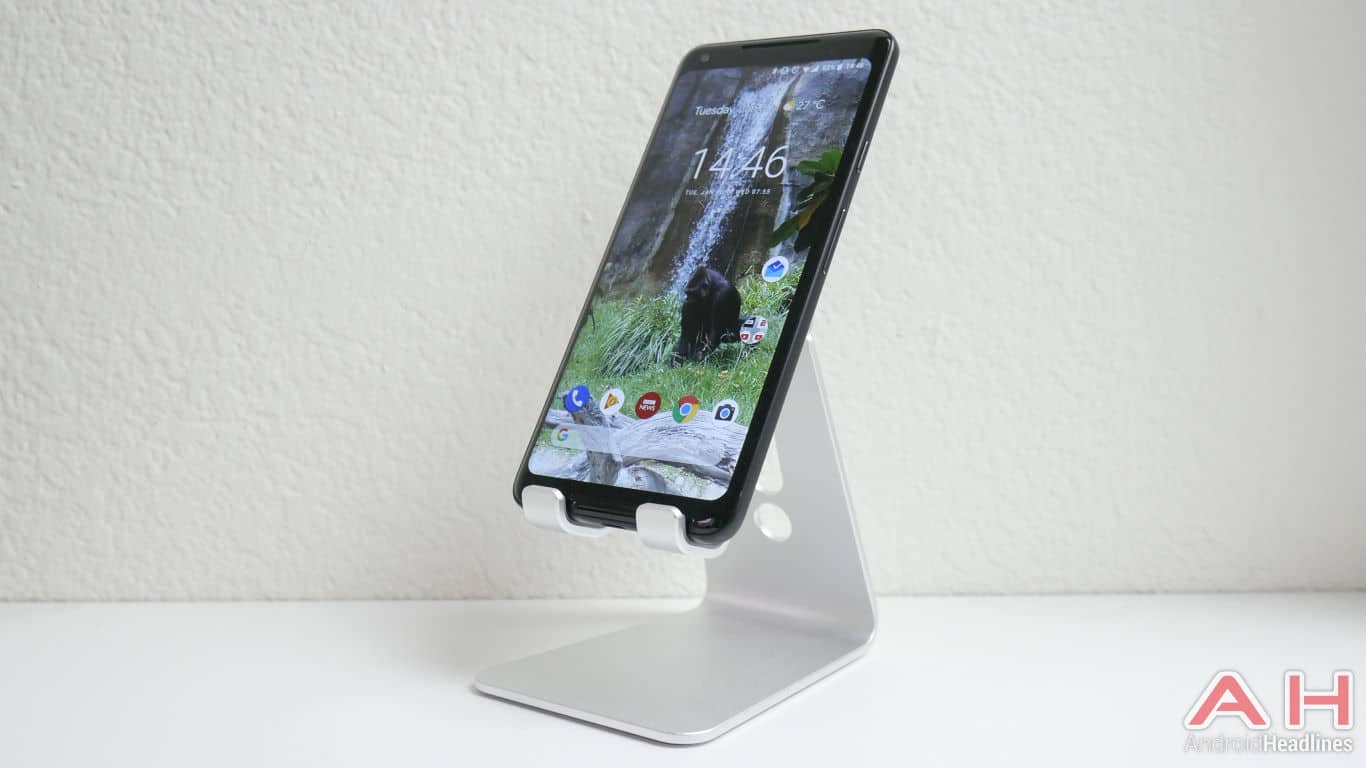 If you are in the market for a new stand for your smartphone then one option worth taking a look at is this one from OMOTON. This is not the most expensive of stands, or for that matter, the most feature-rich. But, what it does seem to do is provide a very decent base to house your smartphone. In fact, it is this lack of extra features and generally basic design which seems to work in its favor. As nowadays there are a number of stands available that are not only marketed for specific mobile phones, but also bursting at the seams with so-called extra added value features that you may not need or want. One of the most commonly touted is a stand's ability to charge your device when in position. But why pay for those extra features if you don't really need them? This stand offers none of these extra features and as a result is available at a significantly more affordable price (currently about $10). What's more, it's adjustable.

There are a few versions of this stand floating around Amazon at the moment (and from different brands) but the one shown here is the adjustable model. This means the phone holder aspect is able to be adjusted upwards and downwards (with the company reckoning a 270-degree level of rotation is possible). This makes it ideal for use in different scenarios, like for example having the phone positioned at one angle to optimize video playback, or a more acute angle when directly interacting with the phone. The swivel mechanism itself seems to be pretty solid and is certainly stiff enough. In other words, there is very little chance that you will accidentally adjust the angle of the stand while using the phone. If anything, it is a little too much on the stiff side which does mean making an adjustment is more of a two-handed job… at least when the phone is in position.

Adjustments aside, this stand does feature two cutouts on the back to allow the insertion of a charging cable. Which is arguable more beneficial than the built-in charging solutions offered by some of the more expensive stands. As you do not have to worry about the charge compatibility of the stand and your smartphone, whether your smartphone is receiving more of a charge than it can handle, or having to compromise with a slower charging speed than the phone wants. As this stand is essentially making use of your own cable the charge received will be exactly what is needed – nothing more, nothing less, and nothing to negotiate with. This is in particular one of the reasons why the adjustable version of this stand is the better option to go for as the other models which don't offer any adjustment (including a model from the same brand as this one) have been found by some users to not have enough room underneath the phone holder to make use of a charging cable without putting unnecessary stress on the cable. While this model also suffers in this respect when positioned at the same angle, the difference here is you can simply raise the adjustment to give the cable enough breathing space and ease the tension. 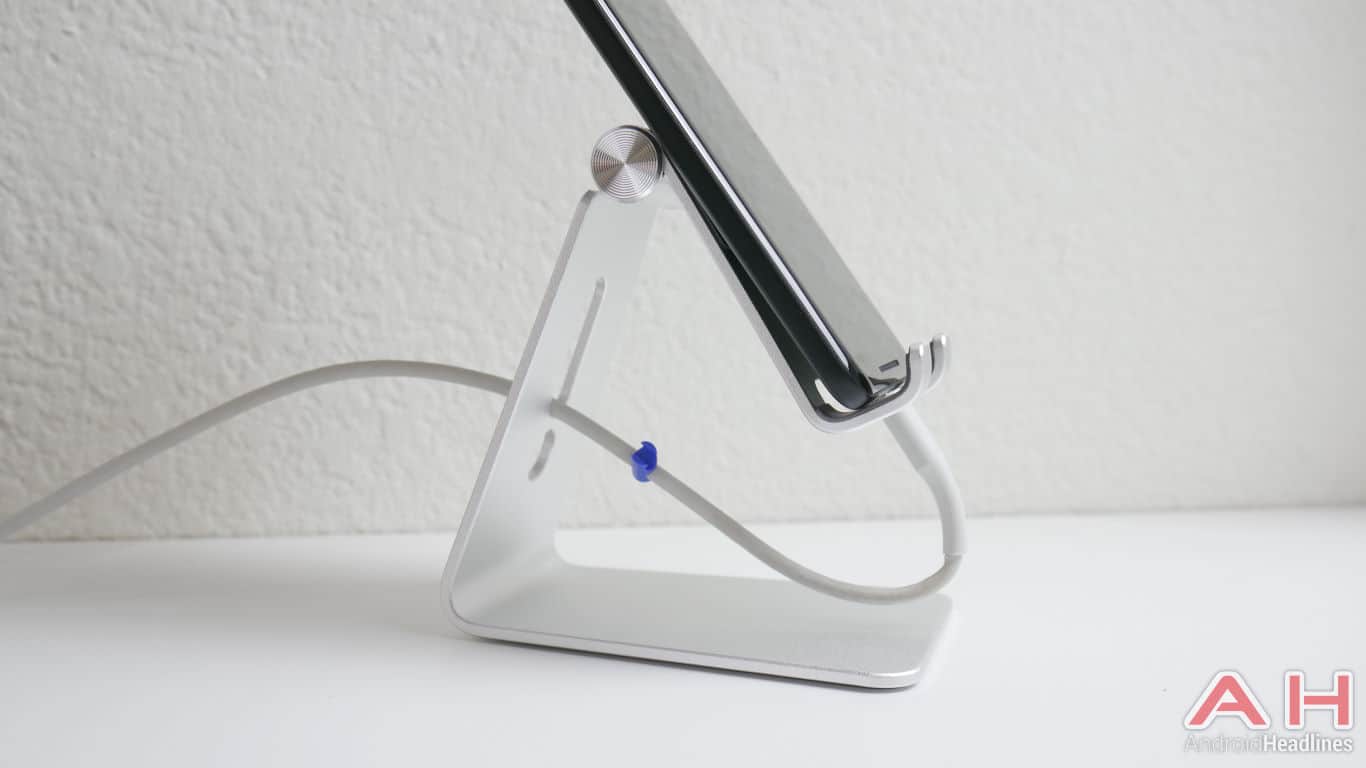 With this being a generic model, it is also one designed to accommodate most, if not all, smartphones. The image above shows the Google Pixel 2 XL (a fairly big phone) using the stand and there were no issues with the stand housing the phone. According to the product listing, devices over 7-inches will likely cause the stand to topple over if positioned vertically so the assumption is as long as a device is less than seven-inches the stand should work just fine – when used in portrait mode. Likewise, it is assumed larger than seven-inch devices can still be used as long as they are used in landscape mode – as long as their width does not exceed the seven-inch margin. Another point to note about the holder is its depth. While some similar stands have been criticized for not being capable of holding a smartphone in a case, this one seems wide enough to allow for smartphones with the bulkiest of cases Arguably, the use of a case with this stand may even prove to be more secure, due to a more snug fit overall. 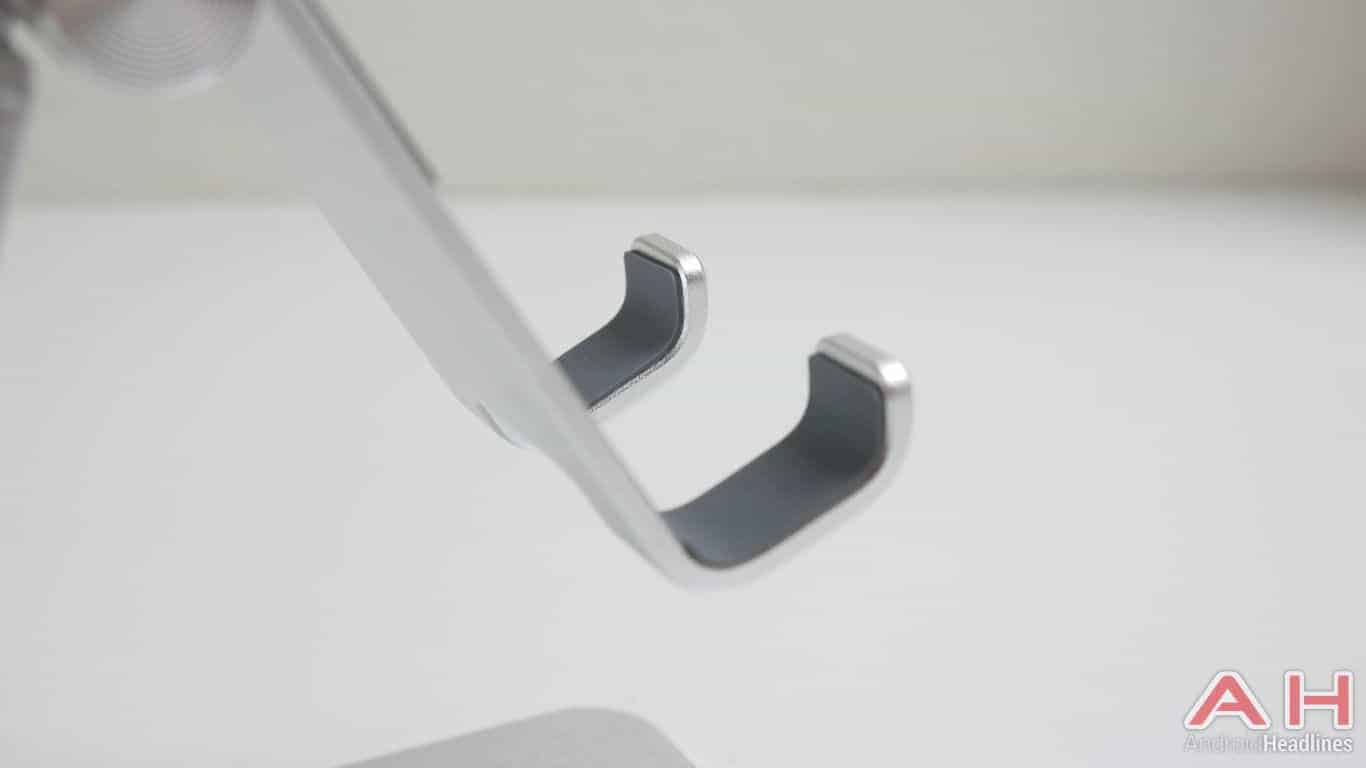 The holder part of the stand also comes with anti-slip maps at the top and on the hooked feet which are designed to ensure the phone does not slip or get scratched by what the company states is an aluminium body. These seem to work pretty well for the short period the stand has been in use and does stop the phone from moving or slipping. Likewise, the aluminum body has not chipped or shown any other usage marks – as of yet. The base of the unit also includes a larger anti-slip mat, and unlike some stands, this is not the type of base which immediately sticks to the surface it is placed on. The benefit of which is this stand can be very easily moved from one room to the other, or of course, from work to home. So whether the plan is to use the stand during the day in the office in portrait mode, or in the kitchen in the evenings in landscape mode for movie and TV watching while cooking, this is one which is small enough to be portable and one which does not require plugging into a wall socket.

As mentioned, this is a pretty generic stand and you will find many (almost identical) variants available from Amazon and generally priced around the same level. So for those considering picking up a stand for their smartphone (or smaller tablet), you do have the option of choosing which style better suits your needs, and which seller (brand) you prefer to buy from. Although the one we opted for here is linked below and is available in either a silver (shown in pictures) or a rose gold color, and so far has proven to be exactly as described. Yes, it is no-frills. Yes, it is rather bland and generic-looking. But, Yes, it does do the job and for only $10. That's smart shopping.

Buy Universal Aluminum Smartphone Stand
Advertisement
Trusted By Millions
Independent, Expert Android News You Can Trust, Since 2010
Publishing More Android Than Anyone Else
29
Today
173
This Week
280
This Month
4264
This Year
105741
All Time
Advertisement