The Xiaomi Mi 7 is one of the most anticipated Chinese smartphones of 2018, and a new mockup has just surfaced. If you take a look at the provided image below, you will be able to see it. Now, as you can see, this is not a render of the device, or anything of the sort, just a mockup. The design itself looks a bit weird, as this doesn’t seem to be a precise mockup or anything of the sort, which is why it seems a bit fishy at the same time, so take it with a grain of salt, as per usual.

Now, assuming that this image is at least somewhat accurate, the Xiaomi MI 7 could be made out of metal, and it could ship with a rear-facing fingerprint scanner, even though quite a few people expect it to sport an in-display fingerprint scanner, just like the Vivo X20 Plus UD. There are two cameras included on the back of this device, though as already mentioned, they look a bit odd, and truth be said, those two sensors are too close one to the other. An LED flash is also included on the back of the device, while you will notice that the phone’s power / lock key is located on the right-hand side of the device. There are three physical buttons placed on the left, however, the device’s volume up and volume down buttons, while there’s a third key located above them. It is still unknown what that third button is meant to represent, but it could be a custom button that you’ll be able to assign to anything, or an alert slider like the one we’ve seen on Apple’s and OnePlus’ handsets.

Many people expected the Xiaomi Mi 7 to land at MWC 2018, especially considering that Xiaomi will make an appearance at the tradeshow, but according to info that was provided to us by our source at the company, that will not happen. Xiaomi will introduce the Mi 7 at a separate, post-MWC event, and it will probably be announced in either March or April. The device will almost certainly be fueled by the Snapdragon 845 64-bit octa-core processor, Qualcomm’s all-new flagship CPU. The phone will ship with 6GB or 8GB of RAM, while chances are that it will be made out of metal and glass, and not metal only as this mockup indicates, as the device will support wireless charging. 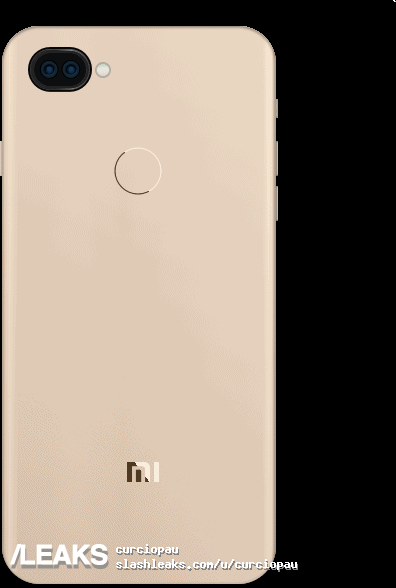