Sikur has just announced a new smartphone, the SIKURPhone, at the Mobile World Congress in Barcelona. Some of you probably remember this company as Sikur is the company behind the GranitePhone, a security-focused smartphone, and in case you were wondering, this is a German cybersecurity company, above anything else. The GranitePhone became available at the end of 2015, and we were able to check it out in February 2016. Having said that, the SIKURPhone is also a security-focused smartphone, and Sikur actually refers to it as the ‘evolution of the GranitePhone’.

Having said that, the SIKURPhone sports an industrial design, its side bezels are quite thin, while its top and bottom bezels are there, and are not especially thin, but are not thick either. Interestingly enough, the power / lock, volume up and volume down buttons are placed on the left-hand side of this phone, while a Type-C USB port and the device’s loudspeaker are placed at the bottom. The design is not exactly the focus here, though, it’s the software. This is the first-ever smartphone to sport a built-in cryptocurrency wallet, and the company assures you that, thanks to SikurOS, everything that you store on the device will be safe. Sikur says that the SIKURPhone was subjected to ‘rigorous hacking tests’ for two months, thanks to the HackerOne team (over 100,000 worldwide), and they were unable to access any info on the device, or anything of the sort, so the SIKURPhone passed the test with flying colors.

The device itself features a 5.5-inch fullHD (1920 x 1080) display, which is protected by Corning’s Gorilla Glass, though we don’t know what version exactly. The device is fueled by the MediaTek MT6750 64-bit octa-core processor, while it offers 4GB of RAM and 64GB of native storage. A 2,800mAh non-removable battery is also a part of this package, while two 13-megapixel snappers are included on the back side of the SIKURPhone. A 5-megapixel snapper is placed on the front side of the phone, while the phone will be available for pre-order starting on February 27, later today. The company says that device will be priced at $799 during the pre-order period (promotional price), and Sikur notes that it intends to sell a maximum of 20,000 units at that price point. 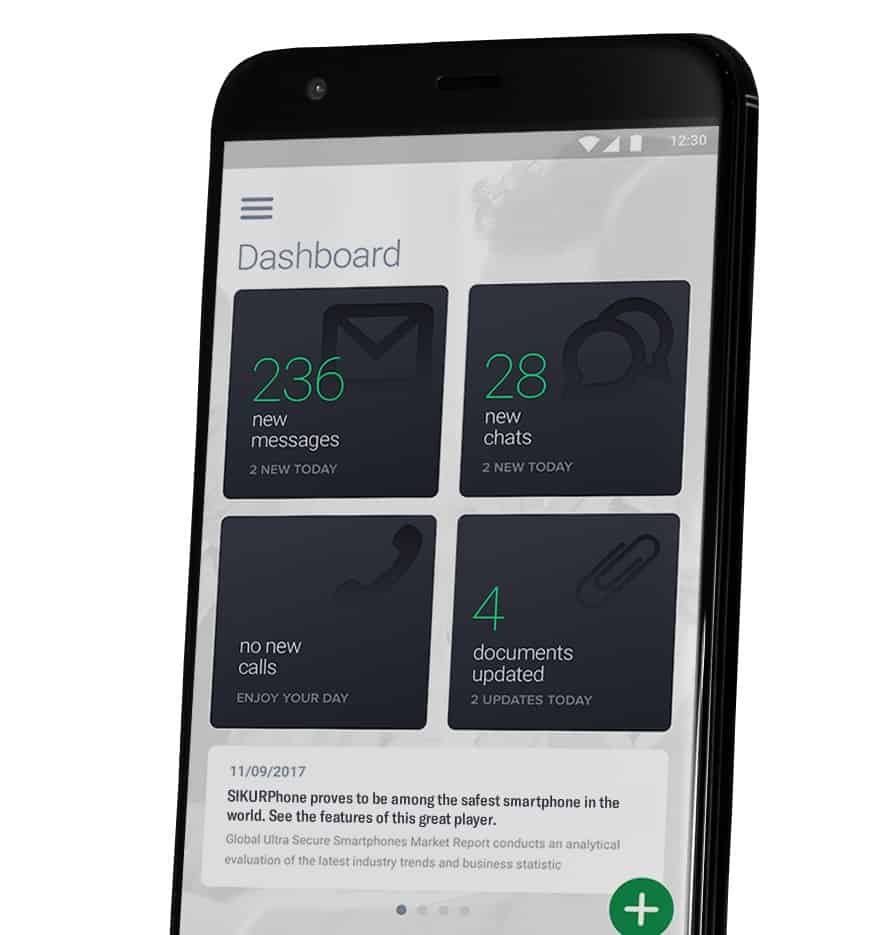