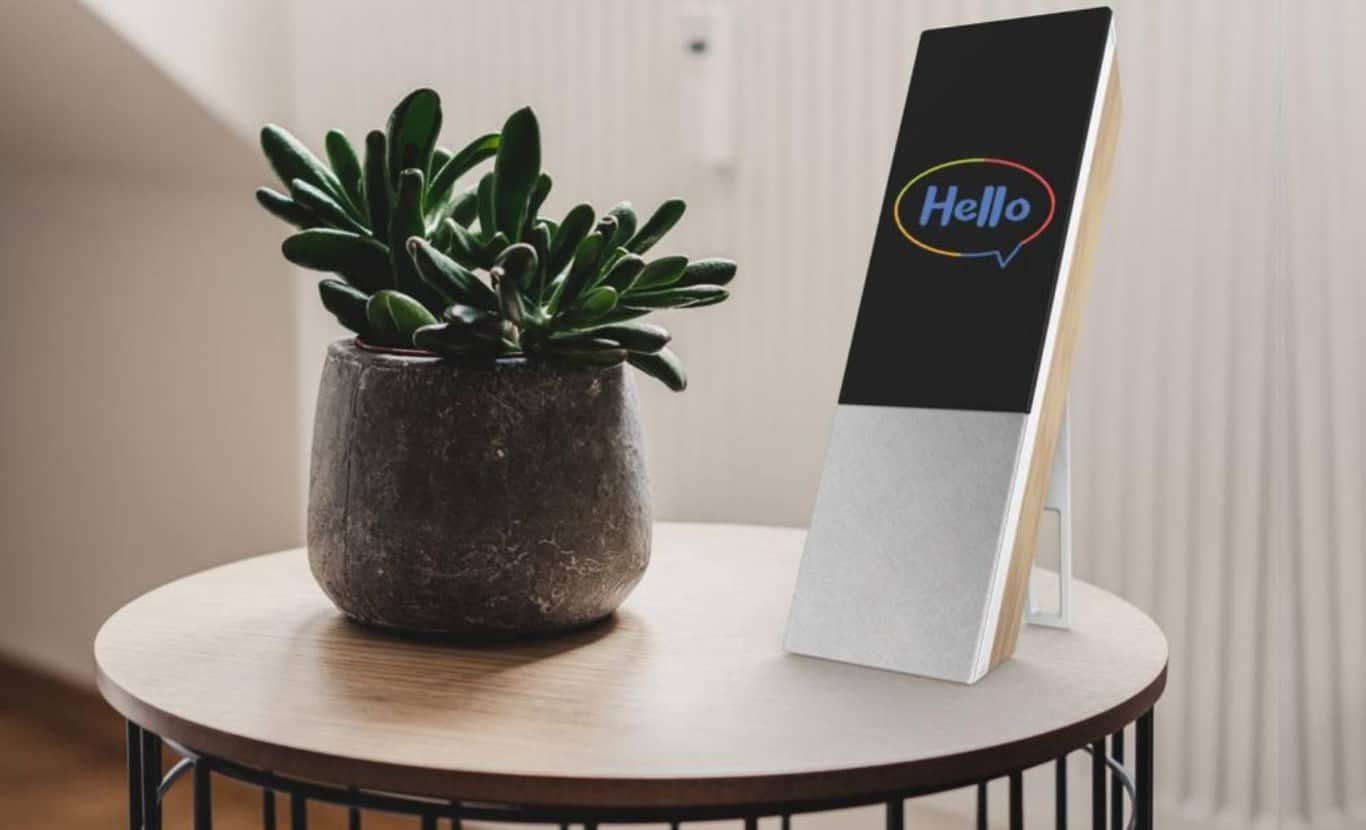 Mobile World Congress (MWC) 2018 may not start until February 26 but some companies are already taking advantage of the event to announce new products, such as the ARCHOS Hello. While everybody has been patiently waiting for Google to officially announce Assistant-enabled smart home devices with a screen, ARCHOS is getting a jump start on things with this device. Driven by a quad-core SoC and powered by Android 8.0 (Oreo), Hello is effectively a Google Home device that comes with either a touch-enabled 7-inch HD or 8.4-inch FHD display. The clock speed of the SoC has not been revealed but that’s backed up by 2GB of RAM and 16GB of storage. To ensure that Assistant always hears users, Hello also has four long-range multi-directional mics on board. Meanwhile, touch interaction is also available and a 5-megapixel camera is included. That’s on top of the embedded high-fidelity speaker. Power is provided via a 4,000mAh battery and connectivity is possible over either Wi-Fi or Bluetooth.

There are still probably a few details remaining to be unveiled about this smart speaker since the company plans to fully reveal it at MWC 2018 – which runs from February 26 through March 1. However, ARCHOS has also said that the device is fully capable of controlling a wealth of smart home accessories and devices. That’s hardly surprising since it features Google Assistant but it’s possible the company formed secondary partnerships for an even wider array of functionality and compatibility. Of course, the inclusion of a camera and screen means that it can be used much like some of the Alexa devices it is intended to compete with, complete with video calling and media consumption. Another benefit is the inclusion of a battery, which may mean Hello can be used on the go or outside, though it hasn’t necessarily been ruggedized, as long as there’s a connection available for it. That’s something many users have probably wanted in a smart speaker device for quite some time.

In the meantime, ARCHOS has also revealed a manufacturer retail suggested price for its Hello. Both are set to be made available in the summer, with the 7-inch and 8.4-inch setup costing approximately $160 (129.99€) or $221 (179.99€) respectively. As to design, the entire things is squeezed into a sleek metal and wood box, with premium fabrics and a kickstand. Hardware buttons run along one edge and it appears to have an auxiliary input as well if the associated renders are anything to go by. 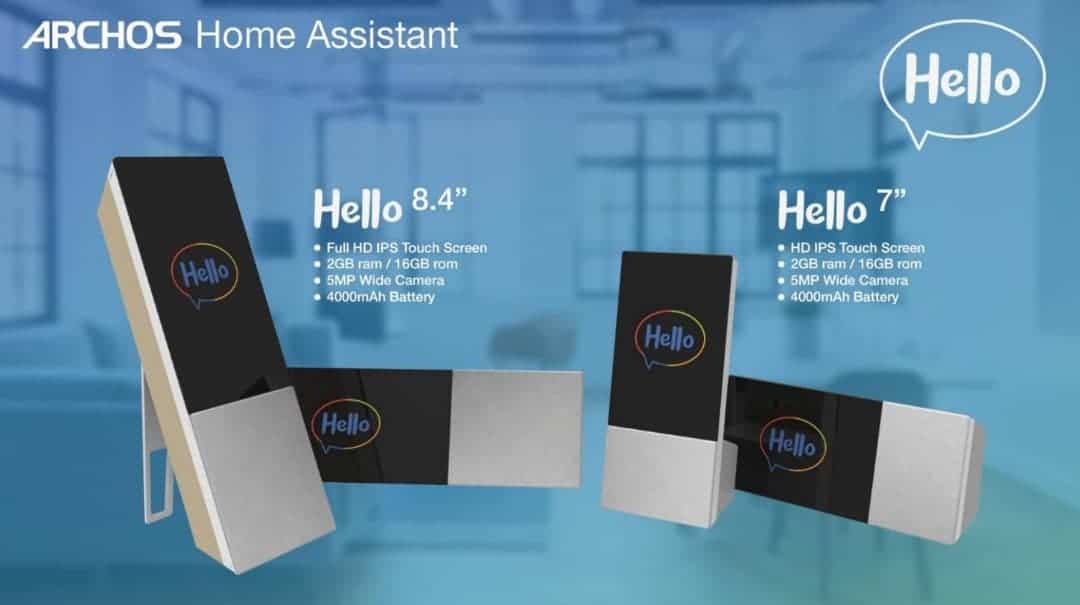 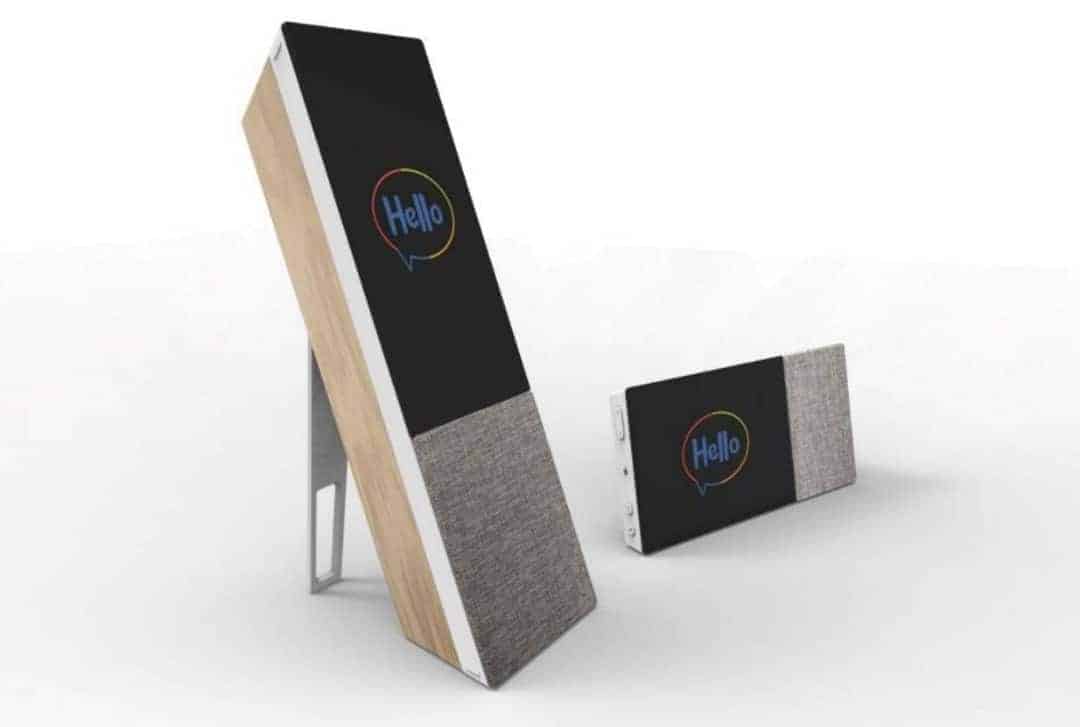