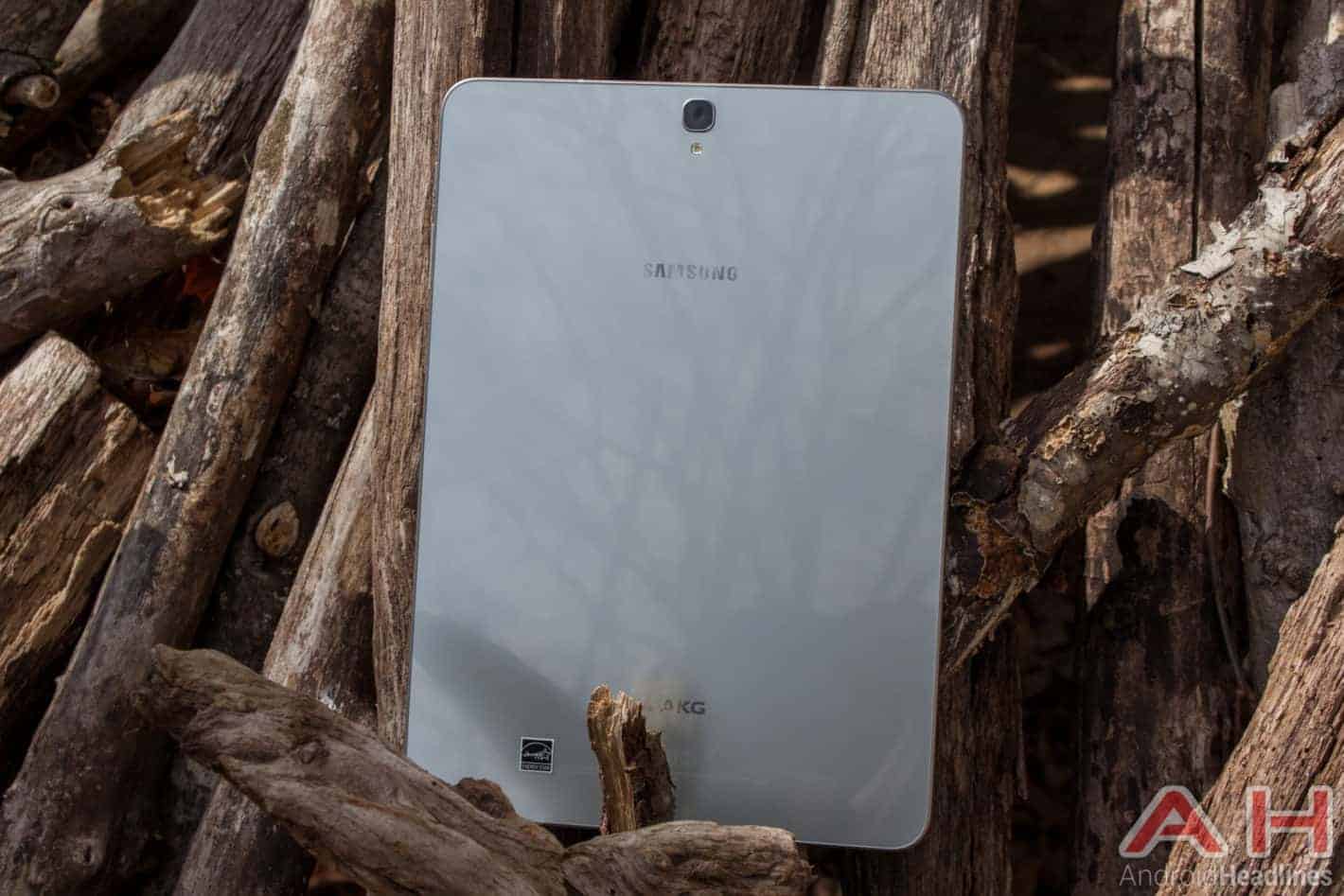 A Samsung-made tablet bearing the model number SM-T835 that's believed to be a member of the upcoming Galaxy Tab S4 family leaked online earlier this week, having been spotted in the database of Android benchmarking tool GFXBench. The specs mentioned in the listing that can be seen below suggest the successors to the Galaxy Tab S3 series will debut improvements across the board, with the newly benchmarked model seemingly being the larger member of the lineup, featuring a 10.5-inch screen with a QHD resolution of 2,560 by 1,600 pixels amounting to an aspect ratio of 8:5 that isn't as elongated as the 16:9 image format.

The SM-T835 was listed as boasting the Adreno 540 GPU and a Qualcomm-made octa-core chip clocked at up to 2.3GHz, with those characteristics being indicative of the Snapdragon 835, the same silicon that powered the U.S. variants of the Galaxy S8 lineup and the Galaxy Note 8. Given how last year's Galaxy Tab S3 family launched with a flagship SoC from 2016, the presence of the 2017 Snapdragon 835 inside the Galaxy Tab S4 is in line with that product strategy. The tablet was certified as having 3.1GB of RAM which in reality likely amounts to 4GB, whereas the difference between the two figures is the amount of memory reserved for the operating system. 64GB of internal flash storage is also part of the package, presumably expandable via a microSD card. The model discovered in GFXBench's database has cellular capabilities and a single SIM tray. Its primary camera is of the 12-megapixel variety and has a flash unit, whereas the front-facing module utilizes an 8-megapixel sensor, the benchmark suggests. The device was tested while running Android 8.0 Oreo, likely enhanced with Samsung's own software.

With the Galaxy Tab S3 family launching at Mobile World Congress 2017, it's likely that the tablets meant to succeed it will be introduced at this year's iteration of the Barcelona, Spain-based trade show. Samsung is hosting a new "Unpacked" product event on February 25, a day before MWC 2018 opens its doors to the public, though it's presently unclear whether the happening will be solely dedicated to the Galaxy S9 lineup or if the company will also use it as an opportunity to introduce its new high-end tablets. 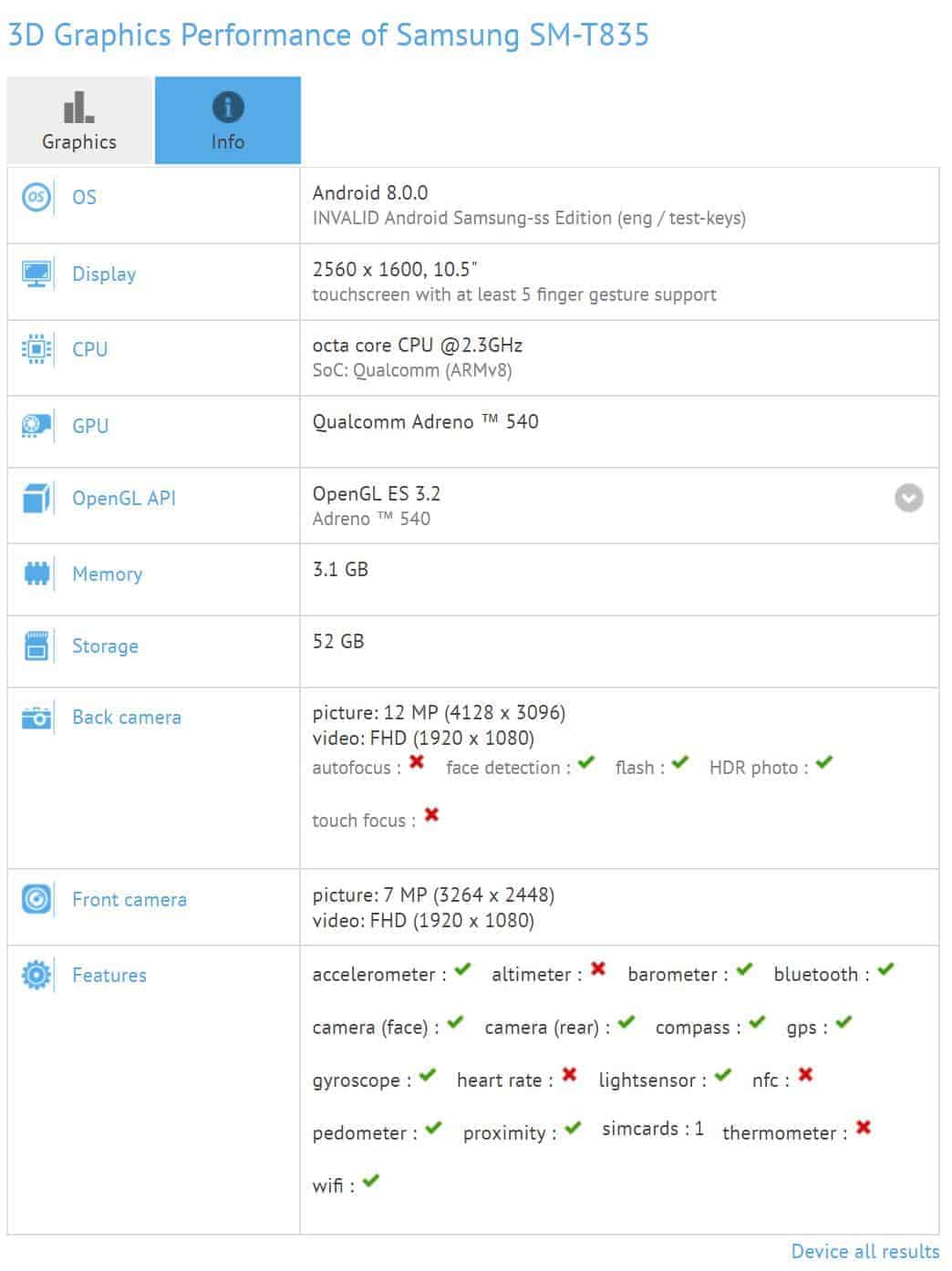