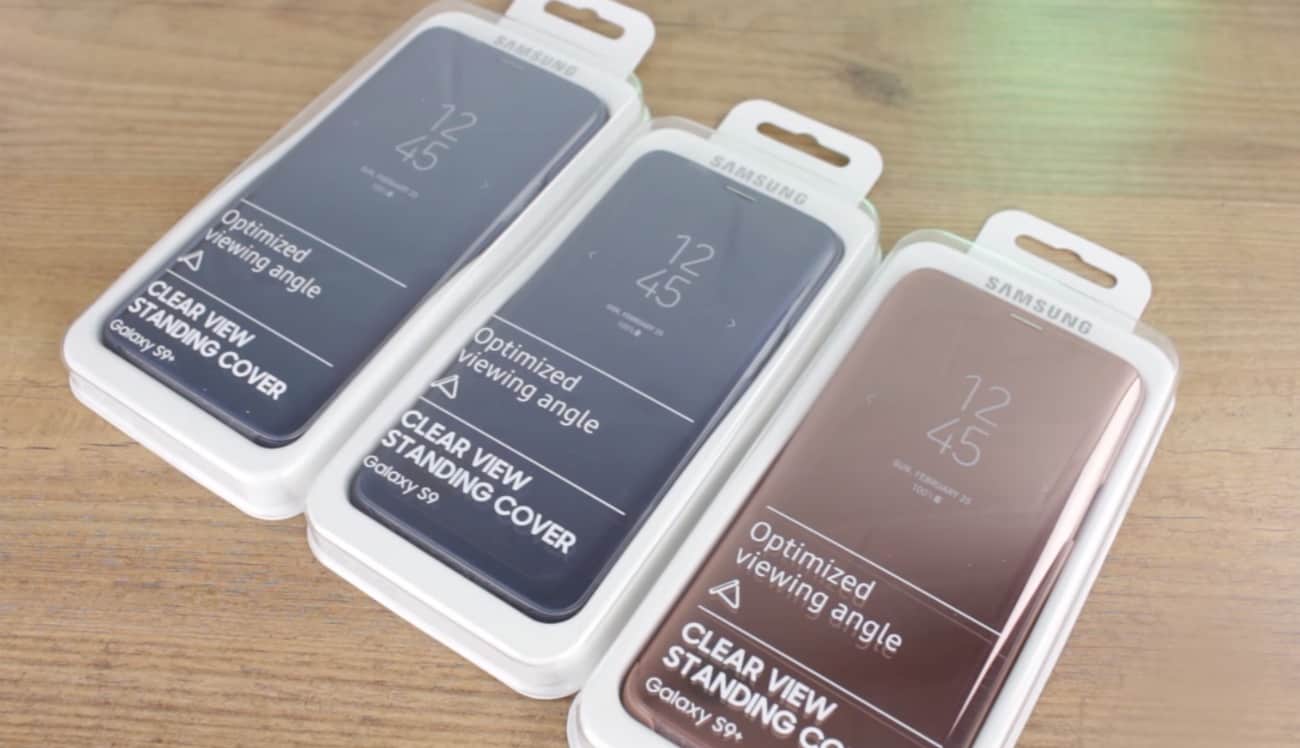 Following what has been a wide variety of leaks about Samsung's Galaxy S9 and Galaxy S9 Plus, a new hands-on video has now leaked showing off the official Clear View cases for those flagship handsets. Interestingly enough, the videos actually appear on the popular mobile accessories retail site, MobileFun, so it's more than likely that these are official cases. Of course, without an official announcement from Samsung, it's difficult to ascertain the authenticity of any specifics about the two devices. However, the official cases do seem to hint at and confirm the general shape, size, and other features of the upcoming devices.

Perhaps the most interesting thing to take away from the new video is how well Samsung's current flagships – the Galaxy S8 and Galaxy S8 Plus – fit into the cases. That means that there won't likely be too much difference in overall size or shape between the current iteration of the flagship series and the new ones. There are also obviously going to be some differences in terms of component placement and general layout, as shown in the video. For example, the case cutouts in the video appear to confirm that the Galaxy S9 Plus will include a dual-camera arrangement in a vertical orientation near the top-center of the devices. To the right of that, there appears to be another cutout for a dual-tone LED flash and heart rate sensors. Meanwhile, the fingerprint sensor appears to be moved to directly underneath the cameras. Cutouts for volume rockers and power buttons are clearly visible on the left and right-hand side of the cases, respectively.

Meanwhile, previous leaks about Samsung's new flagship smartphones have given away at least some other details to expect when the devices are officially revealed on February 25 in conjunction with the MWC 2018 event in Spain. For starters, the devices are expected to come with either Samsung's Exynos 9810 SoC or the Snapdragon 845 depending on region – with the U.S. typically receiving the Qualcomm variant. They're also expected to be powered by a non-removable 3,000mAh battery for the Galaxy S9 and a 3,500mAh battery for the Galaxy S9 Plus, both with Adaptive Fast Charging. It goes without saying, however, that until Samsung confirms any of the details that have leaked so far, it may be best to continue taking them with a grain of salt. Fortunately, it doesn't look like that's too far away.