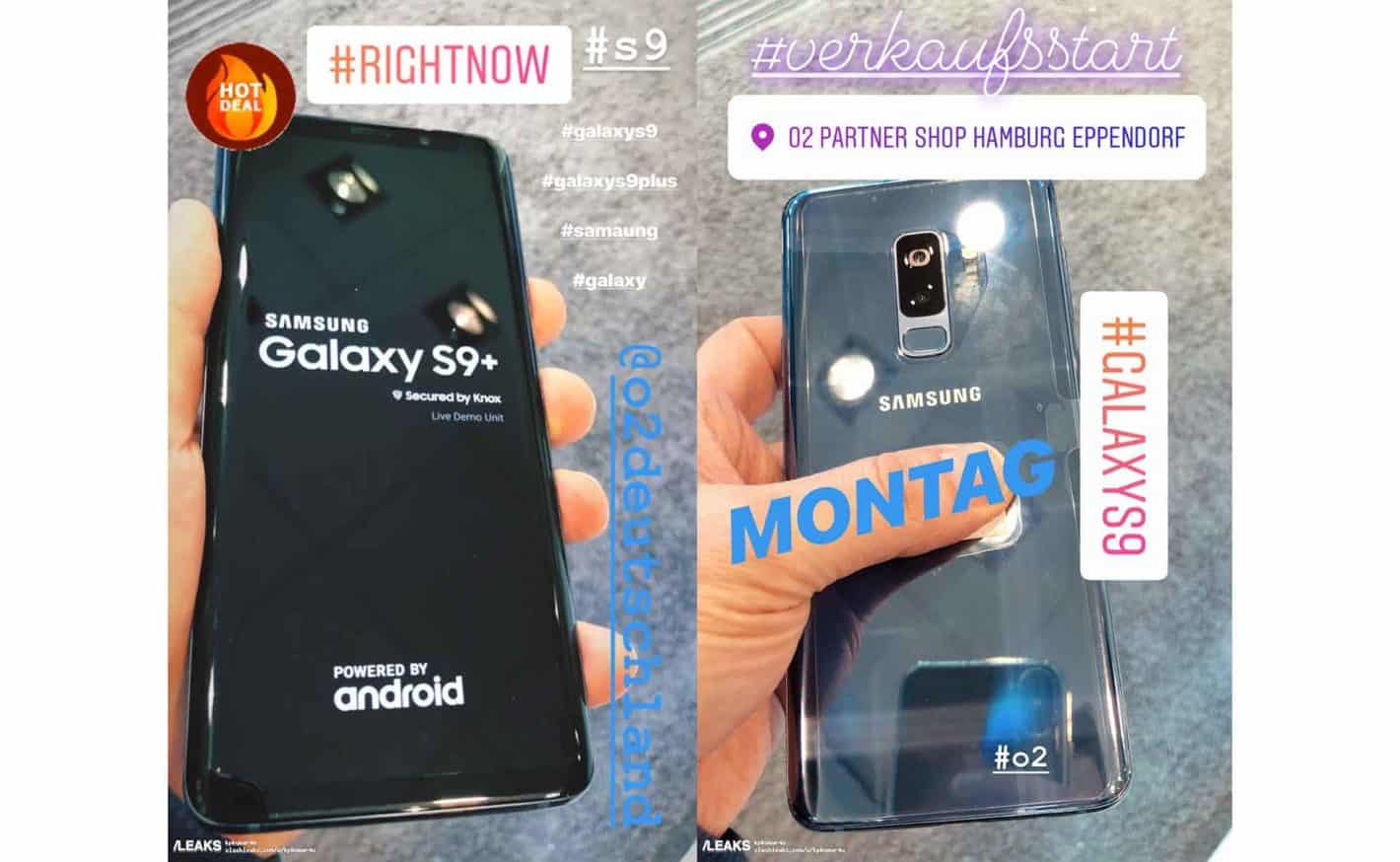 Samsung’s Galaxy S9 and Galaxy S9 Plus have been leaking for months already and with their official announcement now being just several hours away, the Android flagship duo started being sighted in all corners of the Internet, including a platform that’s rarely used for tech leaks or even just associated with them – Instagram. One user of the Facebook-owned service recently shared an ephemeral Story showcasing the larger Galaxy S9 Plus from both sides, with the images seen above being largely in line with recent rumors and reports about the upcoming phablet. The leaked smartphone appears to be of the Coral Blue variety, one of the four colors said to be available at launch. The other three variants Samsung is expected to offer are Midnight Black which was already used for a number of its other premium flagships, as well as two entirely new ones – Titanium Gray and Lilac Purple.

The smartphone sports a dual-camera setup entailing two vertically aligned sensors centered approximately a third of the way down its back panel and supported by a dual-LED (dual-tone) flash unit to the right, positioned above a heart rate monitor. The overall setup is reminiscent of the Galaxy S7 and Galaxy S7 Edge with the exception of the fingerprint reader that’s now residing below the main imaging system of the device. With the location of the scanner being one of the rare complaints consumers had about the Galaxy S8 and Galaxy S8 Plus, as well as the Galaxy Note 8, it appears Samsung decided to reposition it in order to make it easier to reach and attempt addressing those concerns.

The leak also suggests wireless carrier O2 will be retailing the Galaxy S9 lineup in Germany which isn’t a surprise given how all major mobile service providers in Europe are expected to do the same. According to recent reports, the Galaxy S9 and Galaxy S9 Plus will be released on March 16 following a pre-order period lasting just over two weeks. The two phablets are expected to be somewhat more expensive than their predecessors and launch with the latest and greatest Snapdragon or Exynos chips, depending on the market.