Update Winner Announced : Congrads to Jason Tuggle Winner of the Samsung Galaxy S9. Thank you to everyone who entered the contest!  Stay tuned to Androidheadlines for updates on the winner and other great giveaways to our readers. 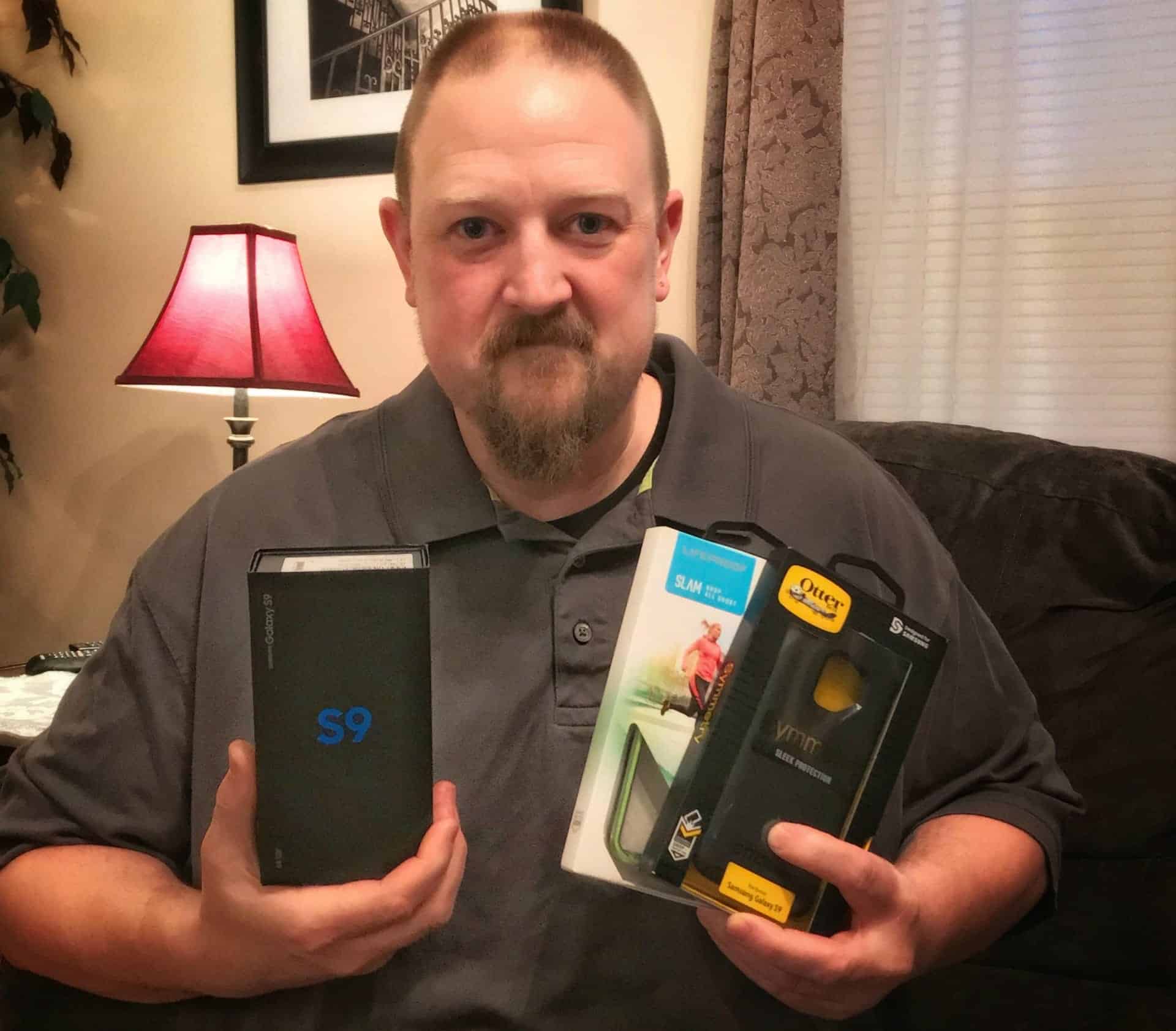 The Samsung Galaxy S9 and S9 Plus are the latest smartphones to come from Samsung, announced during the company’s MWC 2018 event in Barcelona. In spite of just being announced they already look to be the most technologically advanced smartphones to come from the company due to their emphasis on artificial intelligence (AI) and augmented reality (AR). As well as two of the best-looking smartphones to come from Samsung to date, sporting many of the stylish design points associated with the Galaxy S series in general, along with an Infinity Display screen, and more. The downside, however, is these two phones are arriving to market as fairly expensive options, starting from $719.99. If you are looking to be one of the first to get your hands on the new Galaxy S9, and would prefer not to pay the asking price, then here is your chance to win one for free, courtesy of AndroidHeadlines.

The Samsung Galaxy S9 builds on the Galaxy S8 by using a very similar design overall including a 5.8-inch Super AMOLED display along with an 18.5:9 aspect ratio and a 2960 x 1440 resolution. Inside, the Galaxy S9 comes loaded with 4GB RAM, 64GB storage, and is powered by a Qualcomm Snapdragon 845 SoC. Cameras are one of the main focus points with this year’s Galaxy S release as they do offer a number of software improvements including AR Emoji which lets you capture and create custom animated emoji. The rear of the device sports a 12-megapixel camera along with a variable aperture, while the front of the device houses an 8-megapixel camera. There are a number of OTT features and supports included, such as Bixby, Samsung Pay, a fingerprint sensor, facial recognition, and more. The Galaxy S9 is powered by a 3,000 mAh battery and runs on Android 8.0 (Oreo).

To be in with a chance of winning a Samsung Galaxy S9 all you need to do is take part in the giveaway competition widget below. You will first need to enter the contest by signing into the widget using your email address. After you have entered, you will be able to gain additional entries by completing various actions, including visiting AndroidHeadlines social media channels. The good news is you can complete as many actions as you like. Each action offers a unique number of entries and each entry has the potential to be the winning one. The contest is an international one and will close promptly at 2:59 pm PST on April 6, 2018. Enter now for a chance to win a Samsung Galaxy S9 courtesy of AndroidHeadlines.